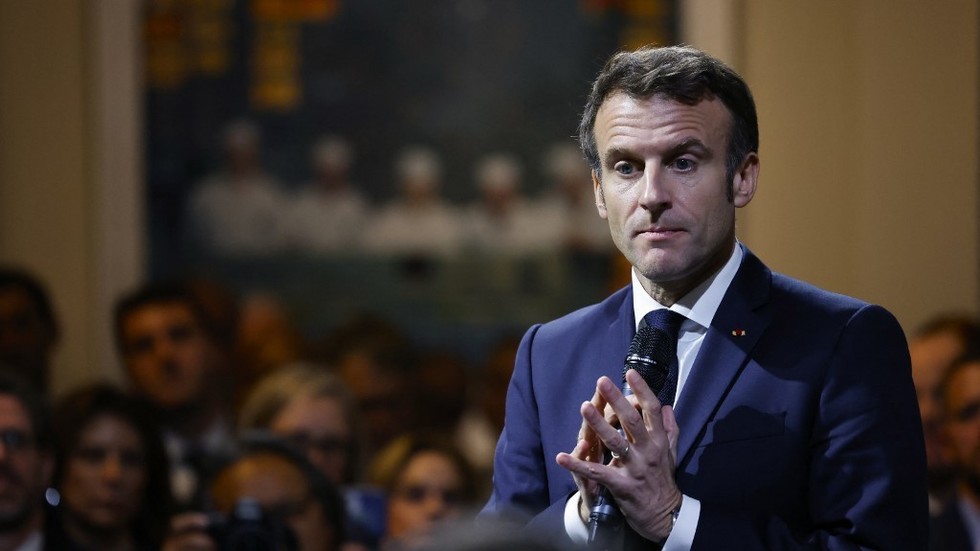 While deciding on a future path, NATO will also have to address Moscow’s concerns, the French leader alleged

French President Emmanuel Macron said on Saturday that NATO should weigh on eventual guarantees for Russia’s security in the settlement of the conflict in Ukraine. Macron is the second leader of the EU country this week to openly discuss Europe’s future relationship with Russia.

In an interview with France’s TF1 and LCI networks, Macron described his meeting with US President Joe Biden this week as a “success,” adding that the two leaders had begun to discuss what “the peace” following the ongoing conflict would look like.

Macron acknowledged Russian President Vladimir Putin’s concern that “NATO will deploy weapons that will threaten Russia,” and said that members of the US-led alliance “need to prepare” to offer “guarantees of the security of the Russian Federation” when Moscow joins Kiev and the West at the negotiating table.


However, while Macron focused on the peace settlement, he pledged to “do the maximum” to bolster Kiev’s military in the meantime.

Ukraine abruptly withdrew from talks with Russia in April. Ukrainian President Vladimir Zelensky has since outlawed negotiations with Moscow and declared his intention to capture the Russian territory of Crimea. While the Russian Foreign Ministry states it remains open to resuming negotiations with Kiev, Kremlin spokesman Dmitry Peskov said in October that other parties will have to be involved, as any agreement between Ukraine and Russia would be “instantly canceled upon orders” from the West.

Macron is not the only leader of an EU nation to publicly discuss a potential post-conflict arrangement in recent days. German Chancellor Olaf Scholz told the Berlin Security Forum on Wednesday that while his country would likely never return to its pre-2022 “partnership” with Russia, Germany would be willing to discuss arms control and missile deployment treaties with Moscow in the future.

Such agreements, he said, formed “the basis for the peace and security order” in Europe since the end of the Cold War.

Like Macron, however, Scholz promised to keep the supply of arms to Ukraine flowing “for as long as it takes,” a phrase that both leaders, as well as Biden, have frequently used when referring to their multibillion-dollar arms shipments to Kiev. Russia has repeatedly cautioned that these deliveries risk prolonging the conflict, while making the West a de-facto participant.