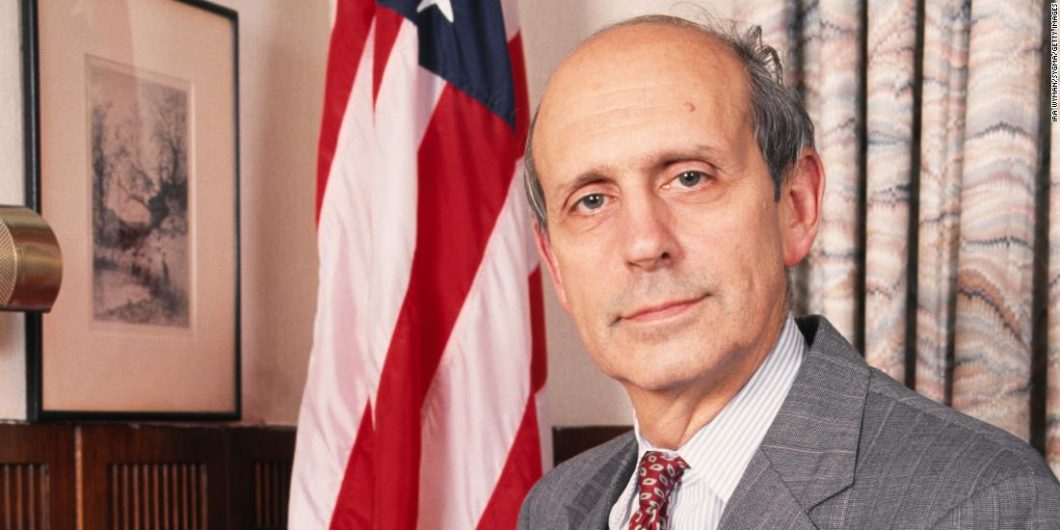 This July in West Virginia v. EPA, the Supreme Court formally recognized the “major questions doctrine.” That doctrine, which can be traced to a 1986 law review article published by then-Judge Stephen Breyer, calls on courts to consider a legal question’s “political importance” when interpreting statutes.

The major questions doctrine is a product of legal pragmatism—a theory of statutory interpretation advanced by Justice Breyer which often elevates statutory purpose and consequences over text. The doctrine is inconsistent with textualism—an interpretive theory that emphasizes statutory text, structure, and history to understand a statute as the public originally understood it. The takeaway is clear: textualists should reject Justice Breyer’s major questions doctrine.

In 1986, Stephen Breyer published what would arguably become his most influential scholarly article to date. At the time, he was a federal judge on the Boston-based United States Court of Appeals for the First Circuit, and he was already recognized as a leading administrative law scholar. The article, “Judicial Review of Questions of Law and Policy,” addressed a perennial issue in administrative law: when, if ever, should courts defer to an administrative agency?

Breyer approached the question through the lens of legal pragmatism, pursuant to which a judge considers a statute’s purpose and, with an eye toward practical consequences, asks how a reasonable legislator would pursue that purpose. More specifically, Breyer advocated for a specific form of legal pragmatism that promotes “active liberty” by “supplementing ordinary professional judicial approaches with increased emphasis on the Constitution’s democratic objectives.”

Breyer exercised his unique form of legal pragmatism in the article, proposing that a court should defer to an agency when doing so is what a reasonable legislator would want. And because “Congress is more likely to have focused upon, and answered, major questions, while leaving interstitial matters to answer themselves,” he concluded that courts should not often conclude that an agency had been delegated the authority to decide a question of “great importance.” Breyer would maintain this view throughout his career, stating more recently that the “hypothetical reasonable member of Congress” would want a court to “not defer” to an agency’s decision when that decision answers “a question of national importance.”

Breyer’s proposal gained traction at the Supreme Court. In 1994, the Court ruled in MCI Telecommunications Corp. v. American Telephone & Telegraph Co. that Congress would not have implicitly delegated to the Federal Communications Commission the authority to answer a telephone-regulation question of “enormous importance.” Six years later, in FDA v. Brown & Williamson Tobacco Corp., a majority of the Court cited Breyer’s 1986 article to rule that, if Congress had intended to delegate to the Food and Drug Administration the authority to regulate tobacco—a major decision affecting “a significant portion of the American economy”—then Congress would have delegated that authority more clearly.

Despite the majority’s reliance on his article, Justice Breyer authored a dissenting opinion in Brown & Williamson, and discussed the majority’s application of his theory. Even if courts “should assume in close cases that a decision with ‘enormous social consequences’… should be made by democratically elected Members of Congress rather than by unelected agency administrators,” Justice Breyer wrote, he did “not believe” that the regulation of tobacco presented such a close case. That was because he did “not believe that an administrative agency decision of this magnitude—one that is important, conspicuous, and controversial—can escape the kind of public scrutiny that is essential in any democracy.” And given that public scrutiny would “take place whether it is the Congress or the Executive Branch that makes the relevant decision,” he would have permitted the agency to regulate tobacco.

Justice Breyer’s Brown & Williamson dissent elucidates one weakness in the type of legal pragmatism he promotes: two judges with different policy views might weigh non-textual factors such as political “majorness” differently, thereby risking judicial decisions that appear motivated by the judges’ differing policy views—such as whether and how telephone or tobacco companies should be regulated.

By contrast, textualism provides a separation of legal and policy considerations, which works to prevent unelected judges from making decisions based on their own political beliefs. Today, a majority of Supreme Court justices are self-described textualists. One might think, then, that Breyer-esque considerations of political “majorness” would be disfavored. One would be wrong.

In a majority opinion authored by Chief Justice Roberts in West Virginia v. EPA, the Court announced that its earlier considerations of majorness in MCI and Brown & Williamson were the workings of a full-fledged legal doctrine. That doctrine, the “major questions doctrine,” closely tracks Breyer’s 1986 proposal: when determining whether an agency has the statutory authority to regulate a particular matter, the major questions doctrine calls on courts to consider whether the matter is of major “economic and political significance.”

If it is, then the court must look for extra-clear statutory language before concluding that Congress granted the agency the authority to regulate the major issue. Relying on the statement of a single senator, who opined that the statutory provision at issue in the case was “obscure,” the Court ruled that Congress had not delegated clear enough authority to the Environmental Protection Agency to enact certain power plant regulations.

No doubt, the major questions doctrine might seem appealing to those textualists concerned with reigning in the administrative state. But any benefit obtained by invoking the doctrine (and its focus on political calculations) to curtail agency action in a handful of one-off instances is almost assuredly outweighed by the cost of undermining the textualist enterprise (and its separation of legal and policy decisions) more generally. Textualists concerned with reigning in the administrative state ought to abandon the major questions doctrine and instead focus on doctrines consistent with textualism—such as the nondelegation doctrine, which limits Congress’s ability to delegate to unelected regulators the power to set national policy, regardless of whether a judge thinks that policy to be of “major” political importance. Consider three reasons why the major questions doctrine, born of legal pragmatism, is inconsistent with textualism.

Given that textualists consider legislative intent to be both nonexistent and irrelevant, it was surprising (to say the least) that the West Virginia majority defended the major questions doctrine on the grounds that it purportedly reflects “a practical understanding of legislative intent.” And given that textualists typically downplay legislative history, it was even more surprising that the West Virginia majority relied on legislative history—the statement of a single Senator—to conclude that the statutory provision at issue was “obscure.” Those interpretive moves are the work of legal pragmatism, not textualism.

Second, consider how the major question doctrine’s foundational presumption (that Congress intends to decide major questions itself) is in tension with actual statutory text.

Finally, Justice Gorsuch’s defense of the major questions doctrine, offered in his concurring opinion in West Virginia, further demonstrates that the doctrine is the work of legal pragmatism, not textualism.

According to Justice Gorsuch, major political questions should be answered by “elected representatives,” not unelected bureaucrats, in part because “the framers believed that a republic—a thing of the people—would be more likely to enact just laws.” Thus, the framers required a congressional lawmaking process that secures several “ends,” including that national policy obtain “broad consensus” and “wide social acceptance.” The major questions doctrine, in his view, promotes those and similar “ends” by ensuring that major decisions are made by Congress, not agencies.

It is difficult to distinguish Justice Gorsuch’s interpretive focus on democratic “ends” from Justice Breyer’s pragmatic focus on “active liberty,” the latter of which maintains that “the Constitution’s democratic objective” should serve as “an interpretive aid.” To be sure, textualism promotes democracy. But textualists promote democracy by applying specific Constitutional provisions that promote democracy in the specific ways written-out in the Constitution. Put differently, textualists understand themselves bound to the Constitution’s chosen means of promoting democracy—not other means that a judge might think up (such as the major questions doctrine).

A textualist analysis of the relevant constitutional provisions reveals that the major questions doctrine undermines, rather than promotes, the Constitution’s chosen means for promoting democracy.

Article I, Section 7 of the Constitution outlines the exclusive means of enacting federal statutes. That provision requires a specific democratic process: both the House and Senate must approve statutory text that is then presented to the President for approval or veto. Throughout that democratic process, any federal legislator or the President may negotiate for different statutory language—including when the legislator or President thinks different language would better address topics that the legislator or President thinks to be of major political importance. But Article I, Section 7 does not permit the federal judiciary to similarly exercise political judgment as a participant in the lawmaking process.

Instead, federal courts merely exercise legal (not political) judgment by interpreting the final statutory language that survives the Article I, Section 7 lawmaking process. The major questions doctrine—which permits unelected judges to withhold legal effect from a law due to political calculations of majorness, similar to what an elected President might do when exercising the veto power or an elected legislator might do when considering a bill—runs afoul of the Constitution’s exclusive means (Article I, Section 7) for democratic lawmaking.