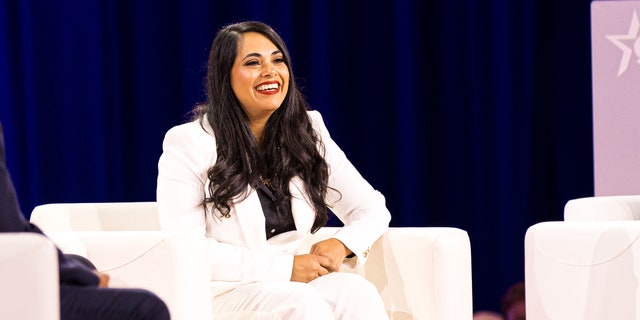 DALLAS — Rep. Mayra Flores, R-Texas, doesn’t care if high-profile liberals and their allies in the mainstream media attack her as polls continue to indicate Hispanic voters are turned off by the modern Democratic Party that “abandoned” her values.

“The Democratic Party has abandoned our values. We’re pro-God, pro-life, pro-family, all about hard work. It’s on our DNA, we are conservative, and those values do align with the Republican Party,” Flores told Fox News Digital backstage at CPAC Texas.

Flores is the first Republican Latina ever elected to Congress from Texas, and she is also the first female Mexican-born member of the House of Representatives. After winning a special election for the 34th Congressional District earlier this year, she faces an uphill battle in November against current 15th Congressional District Rep. Vicente Gonzalez, D-Texas, after a newly redrawn map favoring him. In the meantime, a variety of news organizations including CNN, Axios, MSNBC, CBS and NBC News have put a spotlight on Hispanic voters fleeing the Democratic Party in recent years.

MAYRA FLORES FIRES BACK AFTER YORK TIMES CALLS HER ‘FAR-RIGHT LATINA’: PAPER KNOWS ‘NOTHING ABOUT ME’

“The current administration is doing a horrible job. They’re hurting us tremendously,” she said, adding that Hispanic voters are suffering financially under Biden.

In recent weeks, a group linked to liberal billionaire George Soros has taken steps to purchase Spanish-language talk radio stations throughout the country. Attacks by The New York Times and other outlets on Flores and other Latina congressional hopefuls have also ramped up, but the Republican lawmaker believes she knows why the left appears to be targeting Hispanic voters.

“It is a sign that they are concerned,” Flores said. “And they should be, but we’re unstoppable. And it’s too late. We’re going to keep on putting pressure on, getting the message across for our district, across the state, across the country.”

She feels it’s important that the Hispanic community knows what they’re voting for, but doesn’t think Soros’ group and mainstream media outlets will affect upcoming elections no matter how hard they try.

“They’re very disconnected, they really don’t understand our culture,” she said. “They think we’re going to support the far-left ideals, it’s not who we are. It just doesn’t work in the Hispanic community, so I really think that they’re just wasting their time and their money.”

Flores, along with Texas Congressional candidates Cassy Garcia and Monica De La Cruz were dismissed as “far-right Latinas” in a news article in the New York Times last month. Last week, a guest on MSNBC declared Asian, Latino and African-American GOP voters were pushing White supremacy and isolationist rhetoric. However, Flores believes ignoring her critics is a path to success.

‘To be honest with you, I don’t care,” she said. “No one cares, we are focused on the issues that matter in South Texas. That matter throughout the country. We all wanted better economic opportunities, and we’re hurting tremendously.”

Fox News’ David Rutz and Joseph A. Wulfsohn contributed to this report.