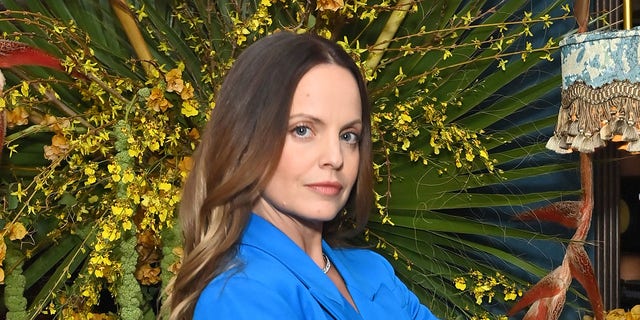 Mena Suvari recently said she struggles with postpartum depression “every day,” more than a year and a half after giving birth to her first child.

Suvari, who has been open about drug addiction and childhood sexual abuse, said she didn’t want to “sugarcoat” what she’s going through now, saying that mothers are expected to “do your job, but I do want to help others. I don’t think it serves anybody if I sit here, and I act like I’m perfect, and I act like I’ve got it together.”

She said that everyone is just trying to “survive and do the best that we can, and we have to help one another.”

POSTPARTUM DEPRESSION AMONG BIRTH MOMS: HOW WOMEN ARE BREAKING THE STIGMA

Mena Suvari said she suffers from postpartum depression every day since giving birth in 2021.
(Stefanie Keenan/Getty Images for NET-A-PORTER/LaQuan Smith)

She said that along with therapy, she has a “strong group of friends,” works with holistic practitioners and is doing hormone tests and blood work to learn more about her body.

Mena Suvari gave birth to her son in 2021.
(Getty Images)

Her husband and her postpartum doula told her, “‘You can go. You can go for a walk.’ And I was like, ‘But I didn’t think I could,'” she said.

Suvari married Michael Hope in 2018 and the couple welcomed their first child in 2021.

She said she was freaking out, thinking, “I have to do something for myself, but I can’t leave.”

Suvari says she still struggles with realizing that she doesn’t need to “be in [her son’s] face 24/7 to raise a good human being because of my fear.”

Mena Suvari and husband Michael Hope married in 2018 and had their first child in 2021.
(Getty Images)

The actress said she didn’t want to “take all this stuff” advised by the doctors and said she was “high like a bobblehead on morphine when they [took her] baby out,” adding that her husband was able to get their “son skin-to-skin.”

“I still suffer from that,” she said.

Taiwan Parliament speaker says country is a ‘beacon of