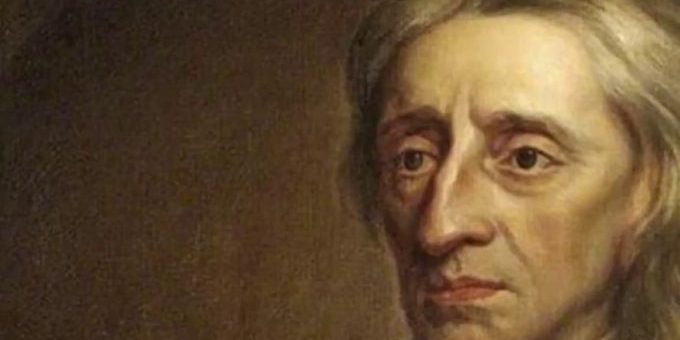 In America’s Philosopher: John Locke in American Intellectual Life, Claire Rydell Arcenas gives us a meticulous and comprehensive intellectual history of John Locke’s reception in America, from the early colonial period to the end of the twentieth century. For that reason, anyone who wants to understand the history of Locke in America will have to study her book. There are, however, some flaws in her main argument.

Arcenas argues that Locke’s Second Treatise of Government did not create “the Lockean liberal tradition in America,” as Louis Hartz famously called it. To prove this, she makes three claims. First, she says the term “Lockean liberalism” is so vague as to be meaningless, and thus open to endless conflicting interpretations. “By merging the adjective Lockean and liberalism,” she claims, “Hartz exemplified the murkiness—and malleability—of the concept of Lockean liberalism, which he was among the first to put into words.”

Her second argument is that throughout most of American history prior to the middle of the twentieth century, Locke’s political teaching in the Second Treatise was not very influential in America. Even in those cases where we might assume the influence of the Second Treatise is clear—as in Thomas Jefferson’s writing of the Declaration of Independence—Arcenas insists that we are mistaken.

Her third argument is that for most periods of American history, Locke’s reception in America came not through Americans reading the Second Treatise, but through his other books that were very popular—particularly, The Essay Concerning Human Understanding, The Letter Concerning Toleration, Some Thoughts Concerning Education, and The Reasonableness of Christianity. Consequently, the political teaching of the Second Treatise had little influence in America, at least prior to the middle of the twentieth century, because only then did Americans begin to identify Locke primarily as the author of the Second Treatise.

All three of these arguments are unpersuasive.

First, does “Lockean liberalism” have any discernible meaning? Of course, Locke himself did not use the term “liberalism,” because this English word as a label for a moral and political idea did not come into use until sometime around 1820. But if the word has any meaning, we can ask whether it applies to Locke’s teaching. And as Arcenas indicates, since the middle of the twentieth century, many scholars have defined liberalism in a way that seems to capture the core of Locke’s teaching.

For example, Ruth Grant, in her book John Locke’s Liberalism (1987), identifies the “liberal premise” as the idea that “men are naturally free and equal.” She explains liberal political theory as founded on this premise: “It takes its bearings from the thought that all men have an equal right to govern their actions as they see fit. No man has an intrinsic or natural right to govern another. In other words, men are equal in the sense that they are by nature free.” Starting from this premise of the natural freedom and equality of all adult human beings, a liberal political theorist infers that no man can rightly rule over another man without that other man’s consent.

Grant can then point to passages in the Two Treatises where Locke affirms this liberal premise. Locke says that the natural condition of man is a “State of perfect Freedom.” There is an “equal right that every Man hath, to his Natural Freedom, without being subjected to the Will or Authority of any other Man.” We can identify this as “Lockean liberalism,” and we can then argue about whether Locke was right about this, and whether much of American political thought rests upon this Lockean idea.

Arcenas cites in an endnote of her book the work of Grant and other scholars who see Lockean liberalism as shaping the American political tradition. But Arcenas never replies to their arguments. She does this a lot—citing in her endnotes the work of scholars who would criticize her position but then never answering the criticisms.

The Second Treatise in America

Once she moves into the early American revolutionary period (1760-1776), Arcenas has to admit that there are many references to the Second Treatise. Still, however, she tries to minimize this evidence of Locke’s political influence in the revolutionary debates—either by ignoring much of it, or by arguing that many of the references were actually distortions of Locke’s teaching.

The crucial question here concerns Locke’s possible influence over Thomas Jefferson in writing the Declaration of Independence. Arcenas rejects what she calls “the central myth of the American Revolution”—that the Declaration shows the influence of Locke’s political teaching in the Second Treatise. But in doing this, she ignores the dozen or more verbal echoes of the Second Treatise in the Declaration. The similarities in phrasing were so clear to Jefferson’s contemporaries that many of his critics in the Federalist Party accused him of plagiarizing from Locke. Arcenas says nothing about this. Nor does she mention that Jefferson identified Locke as one of the authors influencing the writing of the Declaration.

Since Arcenas does admit that the references to Locke’s Second Treatise increased during the American revolutionary period, she needs to explain this. She does not consider the possibility that Americans became receptive to Locke at this time because his account of how people can enter and then leave the state of nature helped Americans explain to themselves and others what they were doing in the Revolution.

As early as Bulkley in 1725, Locke’s American readers had recognized the historical reality of Locke’s state of nature in the hunting-gathering life of some of the native American Indians; and they saw that Locke had learned this from his reading of José de Acosta and other travelers who had written anthropological accounts of the indigenous Americans. The American colonists saw the truth of Locke’s claim that “in the beginning all the World was America.”

How was it possible for those who signed the Declaration of Independence to believe that they had the political authority to do what they did? In the Declaration, they identified themselves as “the Representatives of the united States of America, in General Congress, Assembled,” and they claimed to act “by Authority of the good People of these Colonies.” But how could the people of the American colonies institute new governments if those people were under the imperial political authority of the British Government?

The only good answer—the answer given by the American revolutionaries to explain and justify what they were doing—was that British despotism had driven the American people into a state of nature in 1774, and in that state of nature, they had a natural right “to institute new Government, laying its foundation on such principles and organizing its power in such form, as to them shall seem most likely to effect their Safety and Happiness.” In fact, the first meetings of the First Continental Congress in Philadelphia in September of 1774 began with a speech by Patrick Henry announcing that the government had dissolved, the colonies had reverted to a state of nature, and they had to form a new government. Then, from 1775 to 1781, the Second Continental Congress functioned as the provisional national government of the United States. The Americans needed Locke’s understanding of the state of nature to explain how they could do this.

But then, Arcenas argues, after 1776 and continuing into the nineteenth century, Locke’s Second Treatise had almost no influence in America. Once again, however, she ignores much of the evidence for the importance of Locke in the political debates of the time. To cite only one of many possible examples, she does not mention the remarks of George Fitzhugh, a proslavery Southern writer, who said that the “abstract principles” of the Declaration of Independence were “wholly at war with slavery,” and that they were rooted in the “false philosophy” of Locke. He also said that the conflict in the United States between the North and the South was a continuation of the debate in seventeenth-century England between Locke and Sir Robert Filmer. The radical North was on the side of the Whigs and Locke. The conservative South was on the side of the Tories and Filmer.

Arcenas does finally recognize the influence of Locke’s Second Treatise in America when she comes to the twentieth century. She gives a good account of how scholars, journalists, politicians, and popular culture contributed to this twentieth-century story of Locke as America’s political philosopher. She ends her story in the 1970s with the debate between John Rawls and Robert Nozick as showing two sides of Locke’s Second Treatise, with Rawls arguing for a version of the social contract, and Nozick arguing for natural rights in the state of nature.

It’s disappointing that she did not carry her story into twenty-first-century America. For example, she could have considered the debate over Locke launched by the postliberal, Catholic Integralist, and reactionary Right critics of Lockean liberalism in America.

Beyond the Second Treatise?

I am persuaded that Arcenas has shown that for most of American history prior to the twentieth century, Locke’s greatest influence came through books other than the Second Treatise—particularly, The Essay Concerning Human Understanding, The Letter Concerning Toleration, Some Thoughts Concerning Education, The Reasonableness of Christianity, and A Paraphrase and Notes on the Epistles of St. Paul. This is the most instructive feature of her book.

Many of the scholars that Arcenas relies on have pointed out that all of Locke’s books convey some facets of his political thought, so that readers of Locke’s books other than the Second Treatise would learn a lot about his political philosophy. For example, she has drawn ideas from Merle Curti’s “The Great Mr. Locke, America’s Philosopher, 1783-1861” (1937). But she says nothing about the fact that Curti indicates that Locke’s “liberal” ideas appear in all the books that Americans read. If she thinks Curti is wrong about this, she should explain why.

My conclusion from all of this is that Arcenas’s book is an indispensable history of America’s reception of Locke, but her attempt to disparage the influence in America of Locke’s liberal political thought fails.

Tech tip: 3 steps to make your (or a family member’s)