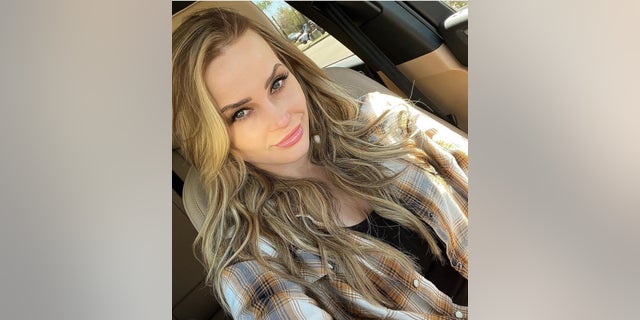 Model and influencer Niece Waidhofer is being remembered by musician Johnny Christ.

Waidhofer died by suicide, according to her family. She was 31.

“I will for many reasons never forget the conversations we had recording an episode with her, and those off the record. I can honestly say I didn’t know much about Niece before her coming on the show, and really didn’t know what to expect,” Christ wrote on the Instagram page of his show “Drinks with Johnny.” “All I knew was that she was an Instagram model with a huge following, and a fan of my band AVENGED SEVENFOLD.”

He added: “We all have struggles in our lives that can feel like it’s too much to bear at times. We fight with our own minds sometimes and it’s hard to admit when we need help with these battles. Know that you are not alone in this. You are not the only one in this world with problems that seem insurmountable, and there are places to go that can help. There are people in the world that care about you and want to help.”

Family members contacted police last month to check on Waidhofer at her Houston, Texas, home after they hadn’t heard from her, TMZ reported. Her body was discovered by law enforcement.

“Sadly, Niece took her own life after a long battle with mental health issues,” her family told TMZ in a statement.

“She was very open with her followers about her struggles, even wanting to help followers who also suffered,” her family added.

The family plans to create the nonprofit “Peace From Niece” to raise money and awareness for mental health issues.

Waidhofer boasted 4.2 million followers on Instagram. She shot, edited and wrote the captions to every one of her posts. However, in the weeks before her death, Waidhofer had wiped her page clean besides three posts, TMZ reported.

The last post available on her page was a selfie of Waidhofer with blonde hair.

“Mildly interesting: blonde is actually my natural color, I have been living a lie all these years,” she wrote. “Once you go black, you have to paint your blonde roots with mascara every time they grow out until you go back.”

Fans had also grown concerned after the model’s social media was wiped, according to TMZ.

“Niece was more than her struggles,” the family statement said. “She was beautiful and kind, sensitive and funny, creative and talented, generous and compassionate, thoughtful and challenging.”

“While it is so very painful to say goodbye, we take comfort knowing she is reunited with her father, her three grandparents, her Uncle Rusty, and her beloved Puff; and that she is now free to be herself and, finally, at peace.”

If you or someone you know is having thoughts of suicide, please contact the National Suicide Prevention Lifeline at 1-800-273-TALK (8255).

This Biglaw Firm Should Do Associates A Favor And