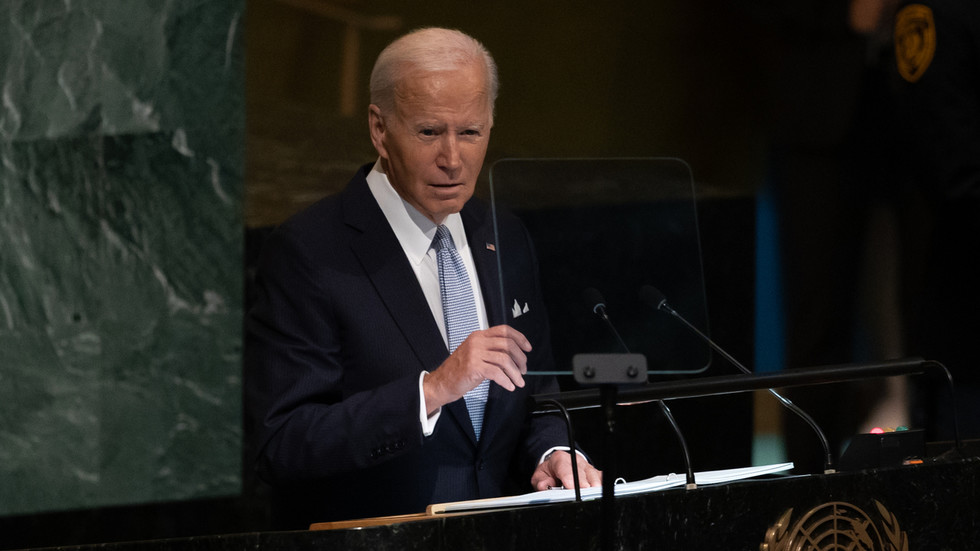 Biden nevertheless edges out former president Donald Trump in a rematch, according to the survey

Only about a third of Democrats and Democrat-leaning independents (35%) want President Joe Biden to run for a second term in 2024, according to an ABC News/Washington Post poll published on Sunday. Fully 56% said they want the party to pick someone else.

Republicans and Republican-leaning independents, on the other hand, slightly favor former president Donald Trump (47%) over other candidates (46%).

Among Americans in general, Biden’s support remains low, with just 39% of respondents approving of his job performance while 53% disapprove. He scores the worst on the economy, with a mere 36% voicing approval of his handling of the issue, and that bodes ill for Democrats even before 2024, given that 84% of voters consider the economy a top issue influencing their vote for Congress.

In a Biden-Trump rematch, Biden comes out ahead, netting 48% of the vote to Trump’s 46% – but if only registered voters are polled, the numbers reverse, with Trump coming out on top. At the same time, 52% of respondents think Trump should be charged with a crime regarding at least one of the federal investigations currently underway against him.


The poll suggests November’s elections will supply a narrow win for Republicans, with 47% of registered voters favoring the Republican candidate in their House district to 46% preferring the Democrat, a split that widens to 51-46 when only those who said they were likely or certain to vote are considered.

Economy is the top issue in voters’ minds for the midterms, with Republicans seen as more capable of handling it by a 16-point difference. The 76% of voters who view inflation as highly important trust Republicans by a similar margin. While Democrats overwhelmingly led Republicans in voter trust on the issues of abortion and climate change, many fewer voters considered those of high importance – just 62% and 50%, respectively.

Even House Speaker Nancy Pelosi appears less than enthusiastic about a second Biden term. Confronted with the president’s failure to “commit” to another run during a recent 60 Minutes interview, she issued vague praise for the aging president – a spry 79 to her 82 – and said she was “not going to politics about whether [Biden] should run or not.” She is rumored to be eyeing the post of ambassador to Italy should her party lose control of the House in November.

Advent Imbroglio and the Holy Trinity – The Imaginative