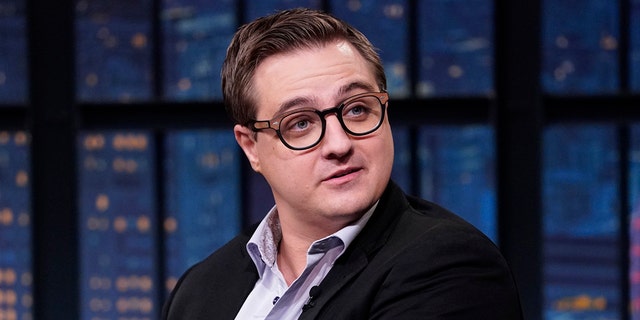 In a New York Times guest essay, MSNBC anchor Chris Hayes claimed that “in under a month” all of his “worst fears have been realized” in regard to how new Twitter owner Elon Musk has run his new social media platform.

Hayes claimed that Musk “courted some of the worst trolls” on Twitter, has scared off advertisers and cut staff that handle the basic functions of the platforms.

Hayes also expressed worry that under Musk, the platform may “break down and stop working altogether.”

MSNBC “All In” host Chris Hayes has frequently warned about existential threats to democracy.
(Photo by: Lloyd Bishop/NBC/NBCU Photo Bank via Getty Images)

Hayes began his guest essay by describing Musk’s handling of Twitter as a “near-death experience,” if not the end of it entirely. He wrote, “If Twitter survives — and I fervently hope it does — its near-death experience has revealed something fundamental about our online lives: the digital spaces of civic life, the ‘public town square’ as Mr. Musk deemed Twitter, have been privatized, to our collective detriment.”

He criticized the world’s richest man for taking the company private, contrary to the wishes of its previous owner, Jack Dorsey. He said, “Before Mr. Musk bought Twitter, its co-founder and former C.E.O. Jack Dorsey said of the platform that no one should own it, that it ‘wants to be a public good at a protocol level.’”

He continued by praising Twitter prior to Musk as “an arena where something akin to the global conversation was taking place.” He added, “it came closest to executing on the core vision of what the global town square could look like.”

He continued, “That’s why there was so much apprehension when Mr. Musk bought the site: No one man should have all that power.”

Hayes then provided a blistering condemnation of Musk’s handling of the platform. He wrote, “In under a month, almost all of the worst fears have manifested.” Listing them, he said, “He has solicitously courted some of the worst trolls, sent advertisers fleeing in droves and cut the staff down so radically that simple functions like two-factor authentication have at times stopped working and there’s a risk it will simply break down and stop working altogether.”

Chris Hayes has frequently warned about the state of Democracy in America.
(MSNBC screenshot)

Hayes then gave a dismissive description of why Musk bought the platform, writing, “Mr. Musk bought Twitter because he’s a Twitter addict and, more specifically, an extremely online attention addict.”

Hayes continued denigrating the billionaire, stating, “This is someone with millions of followers who is deep in the bowels of his own replies and mentions, clearly spending inordinate amounts of time looking at what people are saying about him.”

He added, “I can tell you from experience that this is a path to madness — though it’s a path that the design of Twitter and other social networks guides you gently down.”

Hayes claimed that after Musk’s purchase, “the site felt like a family saying its goodbyes to a beloved but deeply problematic uncle.” He also accused Musk of “making the most expensive impulse purchase in human history.”

“It’s fitting, in its own chaotic way,” he declared.

He concluded his essay on a negative note, “The world’s most successful capitalist, by at least one measure, has made the most definitive case for rejecting private ownership of the public sphere that we’ve seen in a very long time.” He then mocked Musk, using his own catchphrase: “Let that sink in.”

Gabriel Hays is an associate editor for Fox News Digital.