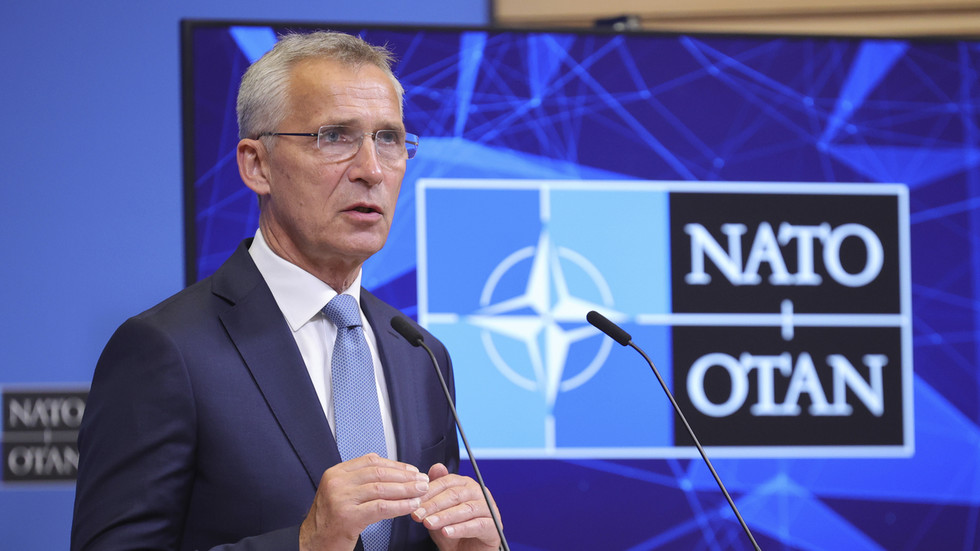 The head of the US-led military bloc vowed to step up aid to Kiev, suggesting Western arms are the only way to resolve the conflict

NATO Secretary General Jens Stoltenberg has slammed upcoming referendums in the Donbass and two regions of eastern Ukraine, calling them a “sham” as citizens weigh whether they would like to formally join Russia amid ongoing fighting.

With votes set in the coming days for the two Donbass republics already recognized by Moscow – Donetsk and Lugansk – as well as the Ukrainian regions of Kherson and Zaporozhye, Stoltenberg insisted that Russia would use the “sham” referendums “to further escalate the war,” claiming they would have “no legitimacy and of course they don’t change anything.”

“Our answer, NATO’s answer, is to step up support,” he told CNN in an interview on Friday, adding “The best way to end this war is to strengthen the Ukrainians on the battlefield further so they can, at some stage, sit down and reach a solution which is acceptable for Ukraine and that preserves Ukraine as a sovereign, independent nation in Europe.”


While the exact outcome of the referendums has yet to be seen, Moscow has stated that should the regions vote to join the Russian Federation, it would consider attacks on those areas to be attacks on its own territory, and respond accordingly. Additionally, the referendums follow an announcement that Russia will mobilize some 300,000 reservists, some of whom Defense Minister Sergey Shoigu said would help to control the 1,000-kilometer line of contact between Ukrainian forces and Russian-held territory.

Russian lawmakers already voted to formally recognize the Donbass republics as independent states earlier this year, while the neighboring Kherson and Zaporozhye regions remain part of Ukraine, though both have seen a Russian military presence throughout the current conflict.

A number of Western leaders have already voiced opposition to the upcoming votes, with German Chancellor Olaf Scholz, much like Stoltenberg, dismissing them as “sham referendums” that “cannot be accepted.” Washington, meanwhile, said it would “never recognize Russia’s claims to any purportedly annexed parts of Ukraine,” apparently including Crimea, which voted in its own referendum to secede from Ukraine and rejoin Russia back in 2014.