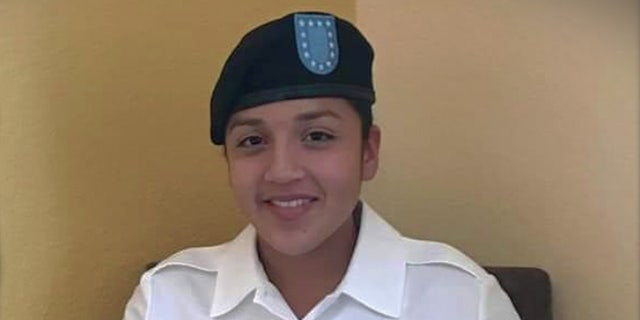 It’s been more than two years since U.S. Army Specialist Vanessa Guillen was murdered at age 20 – and now a new documentary is shedding light on her family’s fight for answers.

On Nov. 17, Netflix released a film titled “I Am Vanessa Guillen,” which details how the Texan’s disappearance and death resulted in hundreds of service members from across the country revealing their experiences with sexual trauma within the military. It features new interviews with Guillen’s mother, sisters, close friends and her boyfriend, as well as U.S. Rep. Jackie Speier and U.S. Sen. Kirsten Gillibrand, among others.

“This issue of sexual misconduct within the military has been going on for quite some time,” director Christy Wegener told Fox News Digital. “I wanted to put a spotlight on the issue in the biggest way possible to make a change. And because there are still so many victims suffering in silence.”

The murder of Vanessa Guillen is the subject of a new Netflix documentary that is now available for streaming.
(Netflix)

Guillen’s sister, Lupe Guillen, told Fox News Digital that her beloved sibling, who was born and raised in Houston, had big dreams of joining the military since childhood, and despite her mother’s reservations, she enlisted at age 18.

“She was very strong, not only in her physical state and in playing sports, but in her mentality,” said Lupe. “She always went for what she wanted and never gave up. She just kept going and going. The remembrance of her laughter reminds me just how happy she was here in our hometown. When she first enlisted in the military, I felt she was one of the bravest souls, one of the happiest and most respectful people out there.”

The specialist was last seen around noon on April 22, 2020, in the parking lot of her squadron’s headquarters in Fort Hood, the Texas military installation where she was stationed. Her sister Mayra Guillen told Fox News Digital it was unusual for her sibling not to be in touch with the family.

Vanessa Guillen, center, had big dreams of pursuing the military before her life was tragically cut short.
(Netflix)

“I immediately texted her and the message did not get delivered,” she recalled. “That raised some concern. My first thought was maybe she might be underground [training] where there’s no signal. Periodically throughout the day, I would call and text. Nothing went through. I was worried, but I kept thinking maybe she was in the middle of a training exercise. Maybe she’s too focused. But then it had been over eight hours of not hearing from her.

“I remember the initial conversation that I had with a staff sergeant,” she continued. “He had no clue that she was missing. It was very ironic how he was in charge of taking attendance, but had no idea she was missing… It was very frustrating that no one had any clue of where my sister was and what they were supposed to do to find her… It was a complete joke.”

Investigators searched Guillen’s phone and discovered that the last person she texted was Army Specialist Aaron Robinson. Special Agent Damon Phelps of the Criminal Investigation Command noted that the 20-year-old worked in a building at Fort Hood that was adjacent to where Guillen worked. Robinson controlled an arms room Guillen was heading to from her workplace.

Vanessa Guillen was declared missing in April 2020. Her remains were found that July, when the soldier accused of killing Guillen died by suicide following a confrontation with officers.
(Getty Images)

In the documentary, Guillen’s family described how they felt Fort Hood personnel failed to give them answers about her disappearance. It would not be until July that her remains were found. Investigators were unable to use dental records to identify her because of the state of the remains. Instead, they used DNA from bone and hair samples. The family received the information in the company of their priest.

Cecily Aguilar’s, left, trial is scheduled to begin on Jan. 23, 2023. She is pleading not guilty.
(Bell County Jail)

According to Justice Department officials, Robinson told his girlfriend Cecily Aguilar, a 22-year-old civilian from a community near Fort Hood, that he repeatedly struck Guillen on the head with a hammer, killing her. He then hid her body in a large box. According to a federal complaint, he enlisted Aguilar to help him dispose of Guillen’s body.

Attorney Natalie Khawam said the U.S. Army Criminal Investigations Division told her Robinson cleaned up the area where Guillen was killed, placed her body in a container and wheeled her out to his car. After driving to pick up Aguilar, Khawam said the pair drove to a nearby river and tried to burn Guillen’s body, but later chopped it up with a machete. Then, they put cement on the body and buried the remains.

The family’s attorney, Natalie Khawam, spoke out in “I Am Vanessa Guillen” about their quest to seek justice.
(Netflix)

A few days before a charge was announced, Robinson pulled a gun and shot himself as police were trying to make contact with him.

Aguilar was indicted by a grand jury on 11 charges. Her trial is scheduled to begin on Jan. 23, 2023. She is pleading not guilty.

While it is unknown if Robinson made unwanted sexual advances on Guillen, her loved ones suspected she was sexually assaulted before her murder.

Mayra said her sister had spoken with their mother about experiencing sexual harassment. From their text conversations, Mayra said she believed her sister was afraid during her time at Fort Hood.

In April 2021, the Army said it took disciplinary action against 21 officers and non-commissioned officers at Fort Hood. The punishments included firing eight senior commanders. An Army report blamed the military for allowing Guillen’s killer to escape from custody and ultimately kill himself. It found that “poor communication” between soldiers keeping watch on Robinson failed to note that he was a soldier of “heightened interest,” contributing to his ability to flee.

Gloria Guillen spoke about her experience in losing her daughter in a tragic way and how it sparked a national movement.
(Netflix)

In August of this year, Guillen’s family filed a lawsuit. They are seeking $35 million in damages from the U.S. government. The family is seeking damages on the basis of sexual harassment, abuse, assault, rape, sodomy and wrongful death.

An investigation by military officials into the death of Guillen found that she was sexually harassed, and leaders failed to take appropriate action. The lawsuit describes two instances in which Guillen was harassed during her time as a soldier, and Guillen’s suicidal thoughts as a result of coping with the harassment, which she told the family that she did not report for fear of retaliation.

NETFLIX’S ‘BAD VEGAN’ NAME-DROPS ALEC BALDWIN: A LOOK AT HOW THE ACTOR IS TIED TO THE STREAMER’S CRIME DOC

Guillen’s death and claims by her family that she was harassed and assaulted at the Texas base sparked a social media movement. It included former and active service members who came forward about their own experiences in the military with the hashtag #IAmVaessaGuillen.

Lupe Guillen told Fox News Digital it was crucial for her to use her voice publicly to defend and honor her sister.
(Netflix)

Lupe said staying silent was not an option.

“I believe that it’s a fundamental right to raise your voice, no matter your age, especially when there’s a horrifying injustice in the public eye,” she explained. “… I would stand out in the sun, under the tremendous heat, losing my voice, because of all the yelling and demanding [of justice]. It was very sad and frustrating for me. But I realized that sexual violence is everyone’s issue. It’s an unbiased issue. It’s not a political play for any party… We met with Congress repeatedly. We raised our voices repeatedly. And that led us to the Oval Office. So for change to be established, you have to use your voice. I just couldn’t sit behind and do nothing.”

Parts of the “I Am Vanessa Guillen Act” went into effect in early 2022. It addresses “the response of the Department of Defense to sex-related offenses committed against members of the Armed Forces, including allowing a member to confidentially allege a complaint of sexual harassment to an individual outside the immediate chain of command of that member.”

A picture of Army Spc. Vanessa Guillen is seen in Washington, D.C., July 14, 2020. Investigators said SPC Guillen was killed in an arms room at Fort Hood by another soldier, Aaron Robinson.
(Photo by Aurora Samperio/NurPhoto via Getty Images)

According to the film, the Army asserts that “their initial investigation did not uncover evidence that Vanessa Guillen was sexually harassed and maintains they have no evidence that Aaron Robinson sexually assaulted her.”

The family said their work is far from over. They have since launched a non-profit organization for military sexual violence survivors.

“Justice to me is change happening,” said Lupe. “… Justice is lifting up my sister’s name where people can see and hear it, reminding others that when there’s injustice, you demand for that’s right. You demand for justice. It’s as simple as that.”

If you or someone you know is suffering from abuse, please contact the National Sexual Assault Hotline at 1-800-656-4673. The Associated Press contributed to this report.