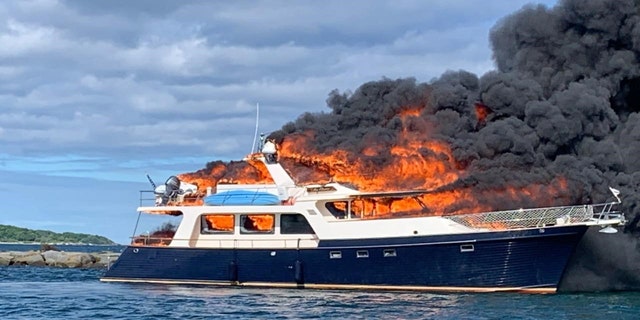 Three people and two dogs had to jump off a 70-foot yacht into New Hampshire’s Piscataqua River when the vessel caught fire on Saturday afternoon.

All three passengers were transported to a local hospital and released after being treated. Their dogs are also “safe and doing well,” the New Hampshire State Police said.

The boat, Elusive, was heading to Wentworth Marina in New Castle when one of the passengers saw black smoke below deck around 4:00 p.m.

New Hampshire State Police’s marine patrol, the Coast Guard, and other agencies responded to the scene and attempted to save the yacht, but the tide took it out of the harbor and it sank less than two hours after catching fire.

A Good Samaritan was also involved in the rescue efforts once the passengers jumped overboard, according to the Coast Guard.

The Simplicity in Christ

Get ready to go into the tribulation saints…i repeat get Ready!!