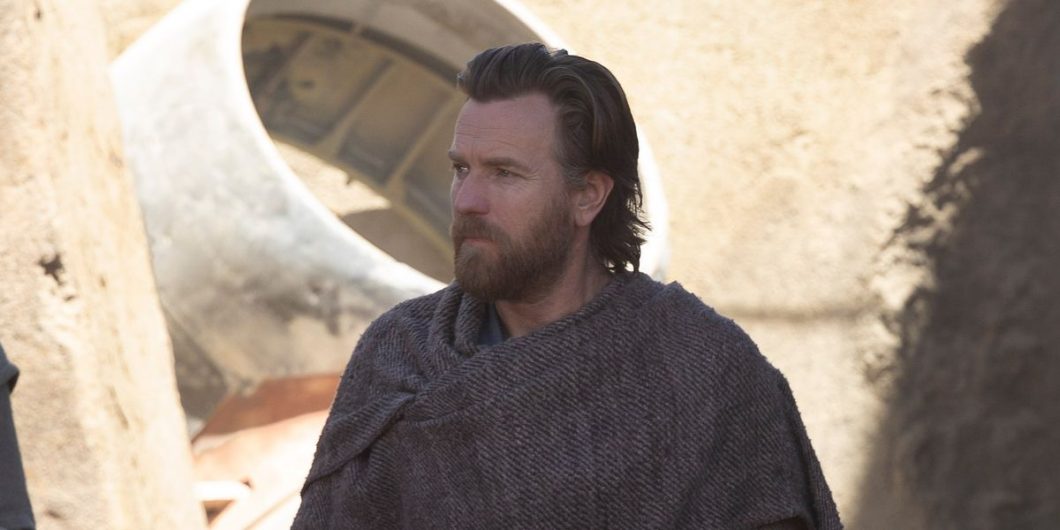 In 1977, the famous English actor Alec Guinness agreed to film a small role in Star Wars, as a mentor to a callow youth protagonist, benevolent to the point of sacrifice, but mysterious. He provided prestige to a production that lacked it and added an inspiring touch in a rather silly story. Thus, George Lucas got the Kenobi character that has proved to be the most interesting part of this entire series of movies and now TV shows.

Star Wars may now be considered a major part of America’s cultural heritage, an inter-generational story that, however ridiculous it may seem to say so, is one of very few things that brings untold millions of Americans together. Lucas knew as much when he added another trilogy of movies from 1999-2005, and yet he eventually sold his story to Disney, which more or less owns the dreams and imaginations of America’s children nowadays. This has led to a sprawling set of new productions that have been an artistic failure, leading to something previously considered unthinkable: Star Wars movies losing money and fans.

The new Disney+ Obi-Wan Kenobi show offers very good evidence for what’s gone wrong with Star Wars. Of course, the primary problem is that people have expected far too much from the franchise—Lucas just wasn’t that great a storyteller. Either there aren’t artists around who could make anything impressive out of all this Star Wars nostalgia or the elite of storytellers and corporations involved prefer an embarrassing mediocrity.

But the secondary problem has to do with taste: Lucas wanted his second trilogy to be made for adults, not least perhaps because his audience had grown up by the late 90s. Indeed, he wanted to explain the interest everyone had in the fight between good and evil through a tragic story about the corruption of a hero and the collapse of a republic. This unusual sign of maturity in an incredibly successful and wealthy writer makes it all the sadder that he failed in his attempt to persuade his audience to earn, by seriousness about politics, a right to their moral judgments. The resulting movies did not live up to his expectations; worse, the audience was not interested in his ideas. The movies were remarkably popular, but they acquired a reputation for earnest stupidity and bad taste. We have accordingly returned to the childish taste of the original, but without any of its innocence and without much chance for anything except a debasement of the moral sentiments that animated it.

As a result, the taste promoted by the recent Star Wars stories largely cultivates disappointment. It is very sophisticated, in that it takes for granted the interest of the audience. Just as with the Marvel universe, the series relies on a habituation to the structures of storytelling and audience familiarity with the details of the stories so far. But it is no good, since it understands neither the hopes of the audience, nor the problems inherent in the stories themselves. Ultimately, it’s this mindlessness that leads to bad taste.

The Kenobi character is the best example of this transformation because he was central to the second trilogy of stories. True to the first Star Wars, he was above all a noble character, going beyond what justice strictly requires in order to protect people and fulfill a vision of the common good. Ewan McGregor, the Scottish actor who was just becoming famous at the time he played the role in the prequel trilogy, has returned to it after two decades. His original characterization added a sober dignity to good looks, suggesting self-command and perhaps even self-understanding. He confirmed that our desire to think well of him was the introduction to some inner greatness. He was the gentleman against whom the other important characters of the story were defined; they excelled him in various ways, but none had his completeness and so they either self-destructed by giving in to their passions or lost their authority by ignoring their duties.

That’s gone now. In the new show, he broods over his failures and affects the callousness that passes for seriousness among people who are immoral on principle. Indeed, in the first episode, he demonstrates this by letting a young warrior, a fellow Jedi, be hunted down and executed by agents of the imperial political police. People may delude themselves that the brooding, disillusioned hero type gives a better account of human things, but the reality is that indulging these ugly visions destroys the essence of nobility, which is aspiration. Such storytelling offers a counterfeit of redemption, since we all know the protagonists will eventually do what we expect of them, while destroying the only thing that makes such stories interesting in the first place, the connection between manliness and justice. We conclude with happy ends built on self-loathing.

The story, what there is of it, starts ten years after the prequel trilogy’s culmination, in which the young Anakin Skywalker becomes Darth Vader. At the same time, the republic is replaced by an empire ruled by terror as much as the republic governed itself through the virtue of the Jedi. Kenobi is now on the desert planet Tatooine, trying to take care of the boy who will become Luke Skywalker from a safe distance.

Kenobi has to chase around the galaxy to save Luke’s sister Leia, who is a strong independent woman, stunning and brave, or will be when she grows up, and is now practicing very hard for the role. Both Kenobi and Leia are chased by another female character, an imperial agent, a Sith enemy of the Jedi, also a strong, independent woman, stunning and brave, who deals very violently with males who get in her way.

This evil female, you guessed it, is actually good! She just had a traumatic, tortured past, and indeed was a victim of the mad Vader. She is now trying to get vengeance on Vader by killing his children, which threatens to destroy her soul the same way it corrupted his. She’s saved, predictably, through the transformative power of empathy.

For Progressives, this might be a counsel of moderation, turning their activism into something close to introspection. Notice the histrionic character of moralistic hysteria among Progressive activists—does it not suggest they enjoy the spectacle of suffering? This show gives them that spectacle in playing around with political police, terror, and infanticide. This is justified or excused by the story liberals love and fear the most: the inevitable dark night of fascism.

Kenobi was transformed for the sake of this therapeutic progressivism. His story just puts him through two therapeutic confrontations with Vader that playact Kenobi’s fears and guilt until he can overcome them, dramatizing the stages of grief. This is a thin disguise for liberal attitudes toward America post-Trump. Kenobi’s brooding is merely his liberation, in that sense, from the old beliefs which are now shown by Progressive morality to have been complicit in evil. After all, for progressives the future is better than the past.

Even if you agree with me so far, you might think it merely accidental that Progressive politics and pop psychology go together in this story. But this is a coherent project to destroy heroism in storytelling in order to annihilate manliness in reality. Add a few elements: The plot makes no sense—all the conflicts having been resolved by wishful thinking—because it’s just about these therapeutic transformations for the main characters. In terms of symbols, this cheapens duels and, accordingly, war, which no longer matter except insofar as they affect the feelings of the protagonists. That’s not a loss from the Progressive point of view—therapeutic self-involvement is simply of higher rank than any of these old-timey considerations. The political seriousness of those conflicts about freedom and empire, honor and the common good, was the only justification for heroism and moral sacrifice. In storytelling, at least, elite tastes and prejudices can conquer history and turn politics into liberation through therapy.

Accordingly, there’s nothing left to look up to. The human horizon, as much as the cosmic horizon, collapses. The universe is merely decoration for this pop psychology roleplaying. Heroism is just a disguise for a kind of endless mutual pity and wallowing in failures and mistakes that come from weakness or vice—all of which are excused. We can all become heroes by learning to accept ourselves.

You might think this is not nihilistic in intention—but it is undeniably nihilistic in outcome. The original Star Wars, in its simple way, suggested great achievements are possible for human beings; that they can organize according to a vision of a common good that does justice to human greatness as well as to human equality. Greatness has been officially sacrificed in favor of nihilistic self-discovery. We should fear what comes next because this is what our kids are watching.