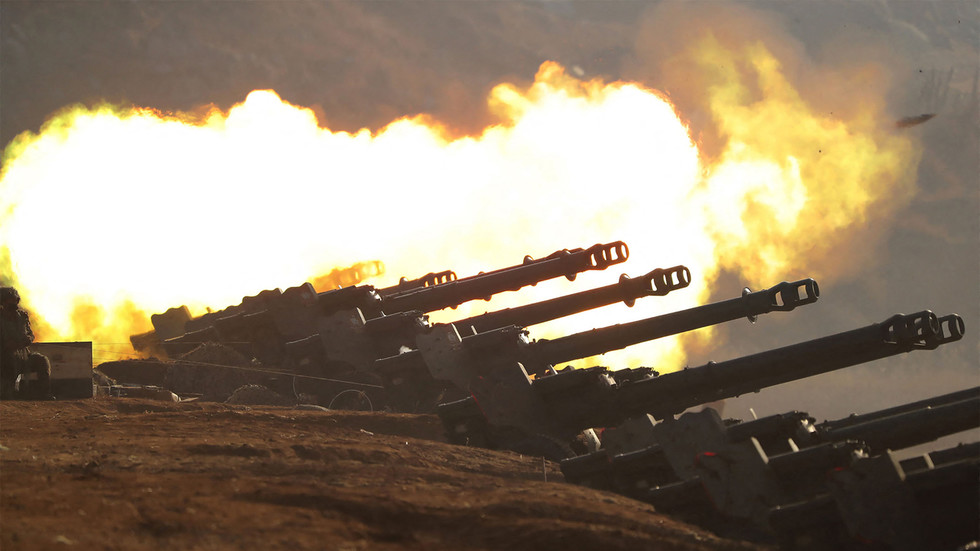 North Korea has said it has no plans to sell arms to Russia, calling the claim a “conspiracy theory” after US officials alleged an upcoming deal involving “millions” of artillery shells and rockets.

Pyongyang’s Ministry of Defense released a statement on Wednesday responding to the claims, saying that while it does not accept United Nations penalties prohibiting all arms sales by North Korea, it also had no intention of a weapons transfer to Russia.

“We have never exported weapons or ammunition to Russia in the past, and we have no plans to do so in the future,” an unnamed military official said, as cited in state media, adding “We strongly condemn and sternly warn the United States to stop recklessly spreading anti-DPRK conspiracy theories in order to pursue vicious political and military atrocities.”


First noted in a New York Times report citing “declassified” US intelligence materials, the purported arms deal was later given official credence by State Department deputy spokesperson Vedant Patel, who told reporters that Russia “is in the process of purchasing millions of rockets and artillery shells from North Korea for use in Ukraine” earlier this month.

Moscow’s envoy to the United Nations, Vassily Nebenzia, had previously dismissed the claim as “another fake being circulated around.”

The alleged weapons sale by Pyongyang mirrors similar allegations from US officials about an upcoming drone transfer from Iran to Russia. A little more than two weeks after National Security Advisor Jake Sullivan said Washington had clear evidence that Iran was preparing to deliver “several hundred” armed UAVs to Russia, Kirby again clarified that the US had “seen no indications of any sort of actual delivery and/or purchase of Iranian drones by the Russian Ministry of Defense.” Tehran initially denied any plans to share drone technology with Moscow, though the Pentagon has continued to claim the sales are taking place, alleging a “first shipment” of drones in late August.


READ MORE:
Vitaly Sovin: The US propaganda machine is playing dirtier than ever in its information war against Russia