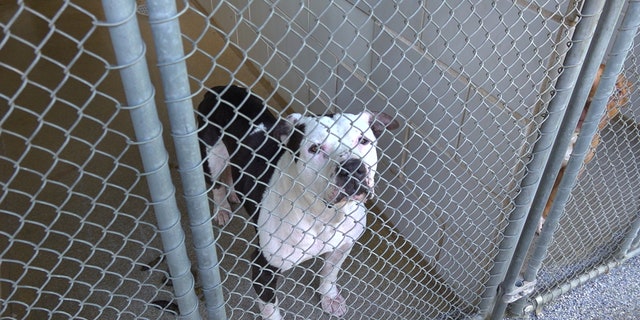 CHARLOTTE, N.C. – The American Society for the Prevention of Cruelty to Animals says over 6 million dogs and cats are put in shelters every year, and hundreds of thousands of them don’t make it out alive.

Many shelters around the nation are reporting crowded kennels, and they’re asking for the public’s help. Like other industries, a major issue for shelters is staffing shortages. When shelters don’t have the help they need, it can be bad news for hopeful pets.

“You’re not providing the service that you used to be able to provide. And in our terms, that means getting animals out of the shelter alive,” said Julie Castle, the CEO of Best Friends Animal Society, an organization that keeps track of euthanization data across the U.S.

With fewer staff, Castle says many shelters are open for fewer hours.

FAMILIES ARE RETURNING THEIR PETS TO ANIMAL SHELTERS DUE TO INFLATION AND RISING RENTS: ‘SO SAD’

“So that leaves fewer opportunities for the animals to come out alive. We’re seeing shelters do fever events,” she said.

It’s been a particularly tough summer at the city-run shelter in Charlotte, North Carolina. Melissa Knicely has worked at the Charlotte shelter for 15 years and says this is the worst she’s seen it.

“During the month of June, if you average it all out, it would probably be 3-4 dogs per day,” Knicely said.

Euthanizations are 40% higher than last summer at the Charlotte shelter.

When shelters don’t have enough staff, it means fewer resources go to dogs with medical or behavioral issues.

“We have had to make some decisions that some would call ‘for space’ but it wasn’t just merely space, we had to take the behavior into consideration too,” Knicely explained.

ANIMAL SHELTERS SAY FOSTERING COULD BE KEY IN CLEARING KENNELS

Best Friends Animal Society (BFAS) is primarily focusing on improving conditions in five states: California, Texas, Florida, North Carolina, and Alabama. Those states make up 31% of the U.S. population, yet they account for half of all shelter killings according to BFAS.

“Maybe they have a lot of different shelters that don’t have access to the resources or the community population to help them,” Castle said.

Even if you can’t adopt a pet. Many shelters say the best way to help is to volunteer or foster a pet temporarily.

Austin Westfall joined FOX News in 2021 as a multimedia reporter in Charlotte.

Growing a parallel bartering-based economy is a long, ‘painstaking’ process

This Is The Philippines BIGGEST PROBLEM in 2022