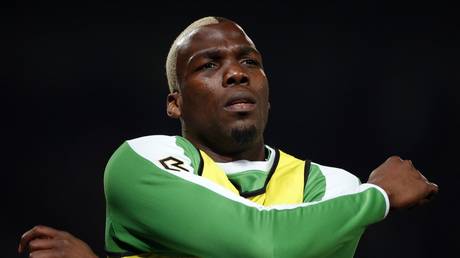 Paul Pogba is under police protection in Italy as investigations continue into an alleged criminal extortion plot against the World Cupwinning midfielder, according to reports emerging from his native France.

A group which is understood to involve his brother Mathias is said to have demanded a sum of around $13 million from the footballer.

Mathias Pogba has been charged by police in relation to the crimes in recent days, and according to Le Parisien Paul Pogba has been placed under protection by local police in Turin just months after rejoining Juventus from Manchester United on a free transfer following the expiration of his contract at Old Trafford.

According to the French publication, the presence of police security around the footballer, 29, has been confirmed by members of his entourage as they seek to insulate Pogba from further contact from the criminal group.

In addition to Mathias Pogba, four further individuals have been charged with alleged offenses related to the plot following a judicial probe opened by the Paris prosecutor’s office earlier this month.

It was reported that Pogba told prosecutors that he had been the target of the criminal plot since March and that he had paid out a sum of $96,000 to the group, per Reuters, after having been physically threatened in both Manchester and Turin by the gang.

Further reports stated that Pogba was detained by the criminal group in a Paris apartment where he was told that he had not provided sufficient financial support to childhood friends since he became one of the world’s most famous footballers – with Franceinfo stating that men armed with assault rifles demanded $12.5 million for so-called ‘protection services’ stretching back 13 years to his initial spell with Manchester United.

The plot gained public attention in August when Mathias Pogba released a video to social media in which he threatened to expose private information about his brother which he said would come as a shock to the footballer’s club and his supporters.

“The French, English, Italian and Spanish public, as well as my brother’s fans – and even more so the French team and Juventus, my brother’s teammates and his sponsors – deserve to know certain things,” Mathias Pogba said.

“In order to make an informed decision if he deserves the admiration, respect and love of the public.

“Whether he deserves his place in the French team and the honor of playing in the World Cup. If he deserves to be a starter at Juventus. If he is a trustworthy person, that any player would want to have at his side.”

Pogba, along with his agent Rafaela Pimenta and mother Yeo Moriba, quickly released a statement afterwards in which they said that he was the subject of a criminal plot, and that the necessary authorities have been notified.

They also indicated that they will not comment further on the matter until the investigations – which remain ongoing – are completed.

Through the scorned eyes of Simplicio….

Through the scorned eyes of Simplicio….