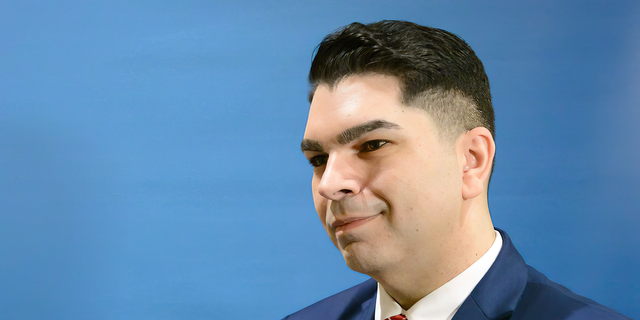 More than half of America’s journalists don’t believe every side of an issue deserves equal coverage, according to a new survey.

A Pew Research Center study indicated that 55% of journalists surveyed “say that every side does not always deserve equal coverage in the news,” but 76% of Americans overall believe journalists “should always strive to give all sides equal coverage.”

“While some feel that equal coverage is always necessary to allow the public to be equally informed about multiple sides of an argument, those who disagree argue that people making false statements or unsupported conjectures do not warrant as much attention as those making factual statements with solid supporting evidence,” Pew researchers wrote.

Radio host Jason Rantz, a frequent critic of corporate media, is hardly shocked that 55% of journalists don’t care if both sides are covered equally.

“The only thing that’s surprising about this stat is that it’s not higher. Social media puts left-wing bias on display and now journalists are leaning into it. If you don’t tell both sides of a story, you’re no longer a journalist; you’re a publicist,” Rantz told Fox News Digital.

Jason Rantz, a Seattle-based talk show host, doesn’t think it should be difficult for journalists to cover both sides of important stories.
(Fox News Digital)

“We’ve seen how left-wing bias has sunk newspapers or TV newsroom staffs locally and nationally. Inevitably, after layoffs or papers going out of print, we hear journalists decry the death of media and how we need to support journalism. But they’re the ones killing it,” Rantz continued. “I’m a conservative talk show host and I give both sides of issues. It shouldn’t be difficult for ‘objective’ reporters to do the same.”

One network news insider, in response to the poll, told Fox News Digital that while some issues demanded equal weight such as social debates over abortion and gun control, others, such as former President Donald Trump’s stolen 2020 election claims, didn’t merit that.

The findings that more than half of journalists don’t always want to cover all sides of a topic equally came only days after a Gallup poll indicated confidence in newspapers and television newscasts has crumbled.

Only 16% of Americans said they have a “great deal or quite a lot” of confidence in newspapers in 2022, a 5% drop compared to the 2021 findings, according to Gallup. It was the lowest number to give those answers since Gallup started asking about newspapers in 1973.

Television news has Americans even more concerned in 2022, as a dismal 11% told Gallup they have a “great deal or quite a lot” of confidence in the industry. That figure is down from the 16% who were confident in TV news last year, a record-low sum.

As media members like Acosta and PBS’ Yamiche Alcindor became heroes to the left for their antagonistic approach to former President Trump, who derided them and other reporters as “fake news,” more journalists ditched the image of the disinterested, impartial correspondent.

The strategy paid off for some, as Acosta was given a book deal and later awarded his own weekend show, and Alcindor joined NBC News. Last year, New York Times Magazine writer Nikole Hannah-Jones said “all journalism is activism,” and White House reporter April Ryan published a 2020 Twitter thread announcing why she would no longer be objective in covering the Trump White House.

In 2019, NBC’s Chuck Todd outwardly declared that having a robust debate about politically charged subjects wasn’t necessary. In a special dedicating an entire hour to the “climate crisis,” Todd defended his decision not to invite climate skeptics onto his show.

“We’re not going to debate climate change, the existence of it. The Earth is getting hotter and human activity is a major cause, period,” he told viewers. “We’re not going to give time to climate deniers. The science is settled, even if political opinion is not.”

In 2019, NBC’s Chuck Todd did not invite climate skeptics onto a one-hour program dedicated to the “climate crisis.”
(William B. Plowman/NBC)

The trend has continued in 2022, as the lines between straight news and opinion continue to be blurred. Just this week, CNN’s Don Lemon, a left-wing anchor who hosts a primetime show, urged the media to hold Republicans to a different standard than Democrats in their media coverage. He warned journalists to not give a “false equivalence” to both sides, and instead acknowledge Republicans were endangering America.

Fox News contributor and media analyst Joe Concha told Fox News Digital that “too much gray area in between actual news and partisan opinion” is one of the major reasons why so many Americans don’t trust the media, as evidenced by the Gallup survey.

“They can improve the situation by not injecting so much opinion into what should be straight reporting. And also by not automatically and blatantly taking a side on big issues such as the recent abortion ruling, or serving at the pleasure of one major political party like we saw by calling Florida’s Parental Rights in Education bill the ‘Don’t Say Gay’ bill. Instead, you might see some trust restored, but it’s a hard bell to unring,” he said.

Automatic Bot - February 3, 2023 0
Federal lawmakers are demanding action to counter the "threat" posed by the Chinese Communist Party (CCP) after a suspected Chinese surveillance balloon was...
Go to mobile version