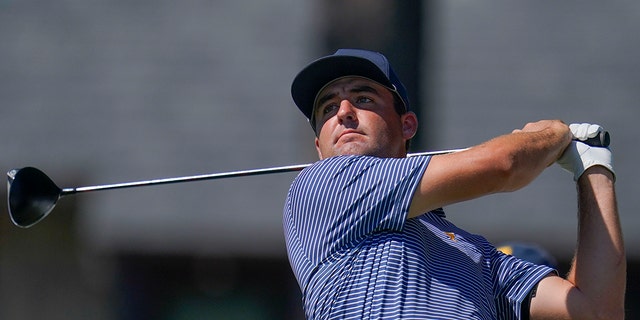 The Presidents Cup is set to tee off on Thursday with the International team looking to shock the United States and snap an eight-tournament losing streak.

The year’s event will take place at Quail Hollow in Charlotte, North Carolina. The tournament was pushed to 2022 from 2021 because of the coronavirus pandemic. Usually, the Presidents Cup takes place every two years.

Those who are on the U.S. and International team rosters are being just as talked about as those who are not on the squads for the tournament.

Defending British Open champion Cameron Smith said he was looking forward to the Presidents Cup but then defected to LIV Golf. Joaquin Niemann, Marc Leishman and Louis Oosthuizen were definitely going to be on the International team as well, but also joined LIV.

Love was asked if he felt bad for Immelman.

“I feel bad for the game of golf right now that this is the story going in,” Love said. “I feel bad for all of us, really. But Trevor has a job to do, and that’s to take 12 guys in there ready to play, and he’s going to be focused on that.”

The Americans were sure to have Dustin Johnson, Bryson DeChambeau and Brooks Koepka be in the running for the Presidents Cup team after playing the Ryder Cup last year. However, they all defected as well.

Off Psych Meds – The Challenge