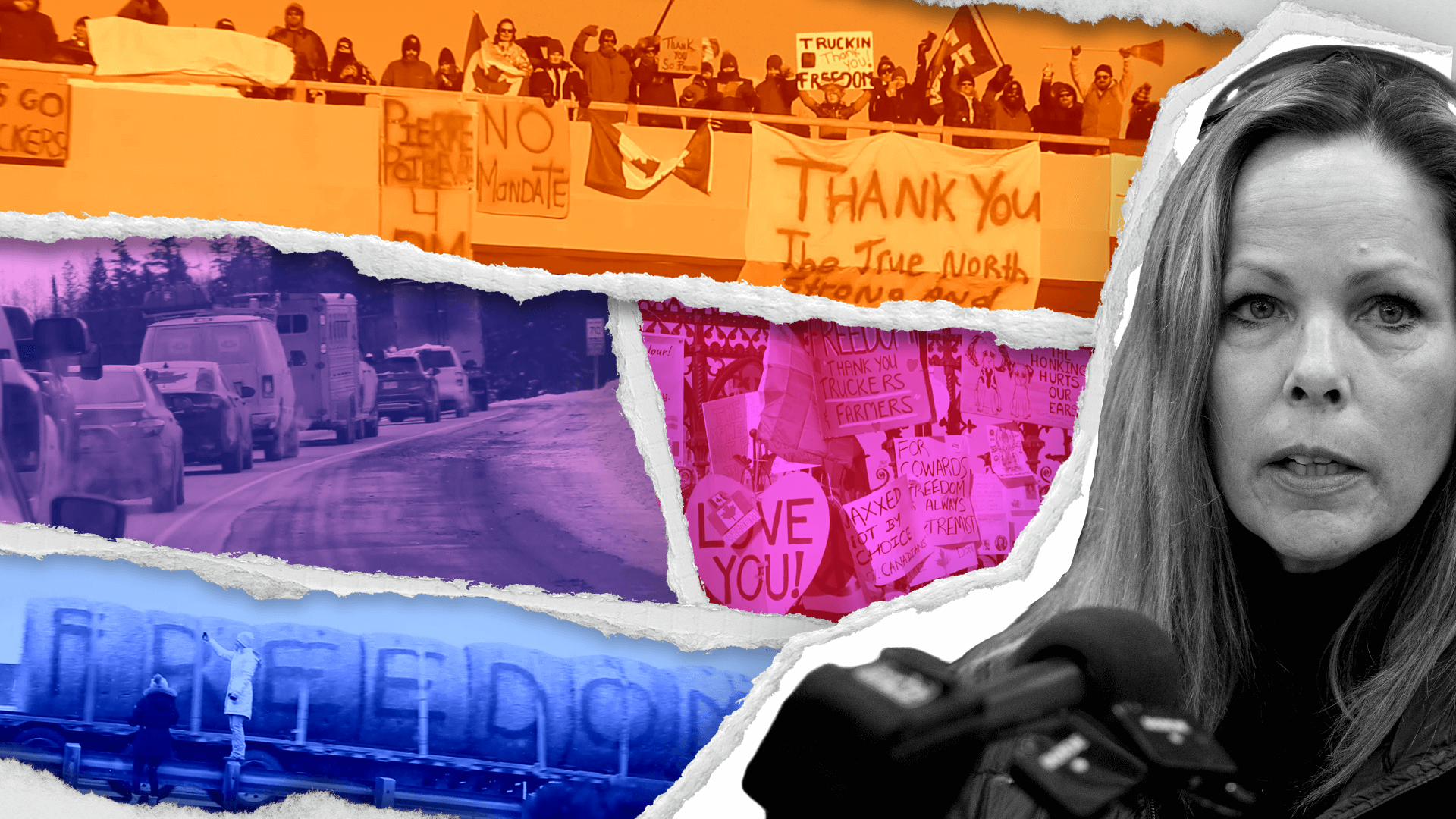 Rebel News reporters Abdusselam Bezirgan and Selene Galas followed the convoy from Calgary to Ottawa to capture their historic uprising, and are now showcasing their never-before-seen footage in an in-depth documentary. Please help fund the creation and marketing of this production here.

On August 25, 2022, the Health Minister of Canada Jean-Yves Duclos, announced a plan to provide funding to improve access to sexual and reproductive health services for youth, persons with disabilities and Indigenous peoples in Canada.

Saying he was informed, would be a massive overstatement. Canada’s very own health minister was unable to answer my question regarding minors being coerced into undergoing hormonal therapy with the drug Lupron, which they are marketing to minors, adolescents and adults as a puberty blocker.

But what they aren’t talking about is how Lupron is used as a drug to chemically castrate child predators and sex offenders.

How we’ve entered into a world where promoting gender dysmorphia, a separation between a child’s sex and gender under the guise of these two crucial dynamics taking on a persona or identity of it’s own, when it’s clearly an attack on impressionable youth.

Why fully adult biologically born men who ‘identify’ as women, are being granted access to openly expose themselves in a sexual manner, which highly sexualizes women in the eyes of children, is allowed and being promoted under the guise of ‘story time,’ will only lead to the degradation of the next generation.

So why in the world are we using a neutering chemical on children? Why are we encouraging them to be involved with ‘men’ who promote promiscuity, and the sexualization of minors?

Regardless of anyone’s stance on transgenderism or those with gender dysmorphia, everyone should be privy to the consequences of undergoing medical therapies that have no proof on whether or not they are safe and being ethically used and prescribed.

Forgot there being a war on feminine women, or masculine men.

They’re coming for the youth.

When Is The End Of The World? remix. #motb #gangstalking 144K Saints

BOMBSHELL: E-mails establish collusion between Twitter and Biden campaign ahead of 2020 election

Automatic Bot - December 2, 2022 0
Just out of YouTube Jail again ****Lord willing, we will be posting a dream about E.L.O.N M.U.S.K on our other sites shortly. The content...
Go to mobile version