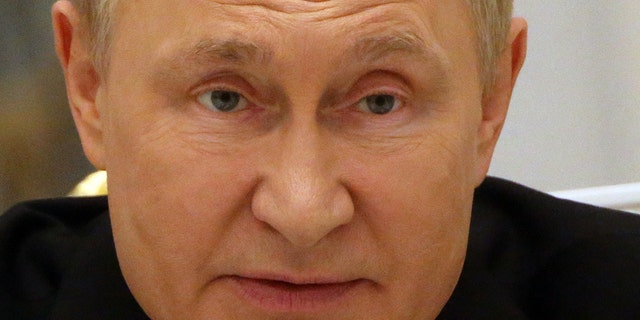 Russian President Vladimir Putin announced a partial mobilization in Russia, which will require citizens to join the war effort in Ukraine. He also warned Western nations not to attack Russia’s territories, which would be met with swift retaliation.

Putin’s address on Wednesday comes as Russia’s invasion reaches nearly seven months and amid a successful counter-offensive by Ukraine’s military.

Conscription is “fully adequate to the threats we face, namely to protect our homeland, its sovereignty and territorial integrity, to ensure the security of our people and people in the liberated territories,” he said.

Russian President Vladimir Putin speaks during a meeting on the military-industrial complex at the Kremlin, September 20, 2022, in Moscow, Russia.
(Contributor/Getty Images)

“We are talking about partial mobilization, that is, only citizens who are currently in the reserve will be subject to conscription, and above all, those who served in the armed forces have a certain military specialty and relevant experience,” Putin said.

Putin’s partial mobilization is set to start on Wednesday.

The statement also comes one day after Russia announced it intends to hold elections in Russian-controlled regions in eastern and southern Ukraine. This would allow these regions to join Russia. Such elections would undoubtedly escalate the war.

Putin has threatened the West not to interfere. He also discouraged them from “nuclear blackmail” or using nukes against Russia.

“To those who allow themselves such statements regarding Russia, I want to remind you that our country also has various means of destruction, and for separate components and more modern than those of NATO countries and when the territorial integrity of our country is threatened, to protect Russia and our people, we will certainly use all the means at our disposal,” Putin said.

“It’s not a bluff,” the Russian president added.

The referendums are set to start Friday in the Luhansk, Kherson, Zaporizhzhia and Donetsk regions.

Should these regions successfully vote to join Russia, the deputy head of Russia’s Security Council said it would enable his country to use “any means” to defend them. Such a vote to join Russia is also seen as “irreversible,” Dmitry Medvedev added.

“The situation on the front line clearly indicates that the initiative belongs to Ukraine,” he said. “Our positions do not change because of the noise or any announcements somewhere. And we enjoy the full support of our partners in this.”

The referendum votes, which were also dismissed by Western leaders, are expected to go in Russia’s favor.

A nuclear power plant located in Zaporizhzhia, which has become an urgent concern for the international community amid Russia provocations, would be firmly under Russia’s control following an election to join the country.

Rachel Lu - October 1, 2022 0
I was in my senior year of high school, preparing to head off to Notre Dame, when my guidance counselor noticed...
Go to mobile version