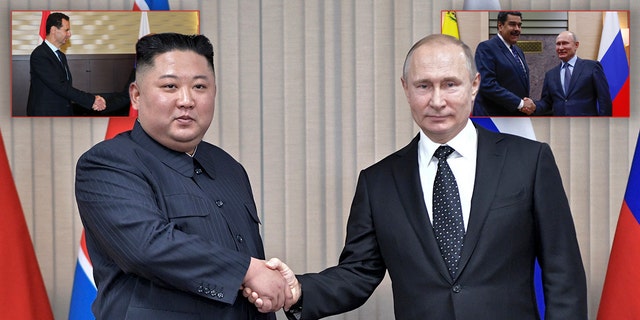 Russian President Vladimir Putin sent a letter to North Korean leader Kim Jong-un on Monday, promising to expand cooperation between the two countries despite being increasingly ostracized on the world stage.

“It said that we would continue to expand the comprehensive and constructive bilateral relations with common efforts, adding that this would entirely conform with the interests of the peoples of the two countries and contribute to strengthening the security and stability of the Korean peninsula and the whole of the Northeastern Asian region,” North Korean state media outlet KCNA wrote.

Putin sent the letter to commemorate the day of liberation, a national holiday that marks Korea’s liberation from Japan 77 years ago.

North Korea joined Russia and three other countries in voting against a United Nations resolution in March condemning Putin’s invasion of Ukraine.

Kim also wrote a letter to Putin on Monday, telling the Russian President that “friendly and cooperative relations between the two countries based on comradely friendship and militant unity would grow stronger” in the coming years, KCNA said.

Putin’s letter comes as the Kremlin has sought to cozy up to Russia’s allies amid the invasion of Ukraine.

“As the architect and main instigator of the Ukrainian crisis, Washington, while imposing unprecedented comprehensive sanctions on Russia, continues to supply arms and military equipment to Ukraine,” Zhang told the Russian media outlet Tass.

"PLANE OF THE HUMANISTS" [ a worldview re-view… ]

The Resurrections of Old Testament and Tribulation Saints in the MILLENNIUM