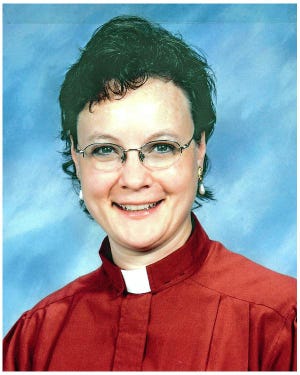 A rabbi in Jerusalem and a seminary professor in Kentucky are finding a way to help solve the global climate crisis: through the hearts and minds of the faithful, one congregation at a time.

Rabbi Yonatan Neril, founder and director of the Interfaith Center for Sustainable Development, and the Rev. Leah Schade, a professor at the Lexington Theological Seminary, are among a growing number of religious leaders who are working to bridge the gap between faith and climate.

Their joint effort, launched last year, offers clergy across the United States advice and recommendations in theologically-based tip sheets written by Schade, an expert at helping clergy bridge political divides in their congregations.

Neril’s and Schade’s vision is to unleash the power of the clergy as a change agent for climate action. They are working toward helping more of the faithful view climate change not so much as a political issue but as something rooted in religion.

The goal, Neril said, is “that the current and next generation inherits a sustainable, thriving and spiritually aware planet.”

Voters of faith have a history of fueling social movements, on the left and the right, including the civil rights movement, the anti-abortion movement and the 2016 presidential election of Donald Trump and his pro-fossil fuel agenda.

“I have always felt that the faith community is sort of the sleeping giant when it comes to climate and environmental issues,” said Schade, author of the 2019 book, Preaching in the Purple Zone: Ministry in the Red-Blue Divide, which explores how clergy can use the Bible and careful dialog to address controversial social issues, including climate change.

“In the same way that the civil rights movement in America was powered by churches and synagogues, the same thing needs to happen and is starting to happen with the climate movement.

But, she added, “because there have been so many barriers put up by those who are opposed to any action on climate change, it’s been much harder to wake the sleeping giant.”

More:Despite 500 days in office, Biden has yet to appoint a top official to clean up coal mines

A lack of urgency

Major Jewish organizations and most mainstream protestant denominations have made strong statements on the need to address climate change, as have Islamic leaders.

But within faith traditions, polling shows sharp divisions by ethnicity, with whites more reluctant than people of color to accept mainstream climate science.

For example, when asked how much they believe human activities like burning fossil fuels contribute to global climate change, only 22% of white evangelical protestants told Pew Research pollsters in January that it contributed “a great deal.”

That was compared to 40% of nonwhite evangelicals; 46% of Black protestants; and 60% of Hispanic Catholics. Overall, 46% of U.S. adults said human activities contributed to warming the planet.

Still, some white evangelicals are working to change that, including many evangelical members of Generation Z.

But it’s not just white evangelicals who lack a sense of urgency about climate change, the Pew polling suggests: Less than half — 40% — of white non-evangelical protestants in the poll said they believed fossil fuels were “a great deal” responsible for climate change.

For some Christians, the word just doesn’t make it down from on high, as is the case with the American Catholic Bishops, according to research conducted last year by Creighton University professors Sabrina Danielsen and Daniel DiLeo.

The researchers found that bishops in the United States have been nearly silent — and sometimes misleading when it comes to Laudato Si’, Pope Francis’ 2015 climate change encyclical, which author and climate activist Bill McKibben has called “perhaps the most important document yet of this millennium.”

To Neril and Schade, one problem is that until recently, most seminaries did not make strong enough connections between Biblical teachings and the science of climate change and the wide consensus among scientists that greenhouse gas emissions are heightening extreme weather events like hurricanes and wildfires and leading to increased rainfall, droughts, sea-level rise and flooding.

A 2016 study by Neril’s Center for Sustainable Development found that of 252 North American educational institutions that train seminarians to become religious clergy, only 23% taught at least one course on faith and ecology, and only 11% offered multiple courses.

Neril said he believes those numbers are improving, even in areas of the United States where that might not be expected, such as the politically conservative Southern Bible Belt.

“In the South, there are seminaries, and there are clergy who are very committed to climate action and preaching on this issue,” he said. “We’re trying to increase the number of such clergy.”

Schade has surveyed nearly 3,000 pastors since 2017, and found that more are tackling environmental issues in their sermons now than in previous years, she said. Less than a third of pastors indicated they addressed green topics such as climate change in 2017.

But that number increased to 50% of pastors last year.

‘Out of control’:Sinking coal industry swamps Kentucky with ‘zombie’ mine violations

Still, Schade said, too many pastors feel ill-equipped to lead conversations on what many see as a complex and politically sensitive issue.

“That’s a big jump, but it still means half of preachers are not talking about what Yonatan and I believe is the issue of our time, that we need to address,” she said.

An appreciation of nature

To encourage clergy to preach and teach on Christian ecology at least once a month, the interfaith center’s program named Ecopreacher 1-2-3 offers thoughts and ideas for sermons or prayers, raises questions that clergy can ask their congregations and suggests specific actions congregations can take.

A recent post, for example, making a Biblical case for environmental justice, suggests clergy ask when people last felt God’s presence in nature and they find ways to respond to the humanitarian and environmental crisis in war-torn Ukraine.

Biblical references in Schade’s Ecopreacher offerings are drawn in part from Eco Bible, a Jewish ecological commentary on the Hebrew Scriptures for which Neril was a co-author.

One pastor who has tapped into the work of Neril and Schade is the Rev. Chuck Waugaman, the minister at Monterey Christian Church (Disciples of Christ), in Monterey, Kentucky.

It’s a small church in a small town in a small, rural county of about 11,000 people, 20 miles north of the Kentucky capital in Frankfort.

Waugaman has long had an interest in science, even studying botany in college before attending the Lexington seminary in the early 1970s.

“I grew up in a family where camping was very important,” he recalled. “We had a travel trailer and went camping every summer, to the Rocky Mountains, Maine, we were in almost all 50 states. We had an appreciation of nature.”

That love of nature, however, was not reflected in his seminary experience, he said, where professors “seemed at best to tolerate (God’s) creation,” or he added, “what people would call the natural world.”

Waugaman said he took a course from Schade a few years ago and he continues to read her writings. Schade’s work, he said, has awakened him to a new understanding of how theology and nature are tied together.

“It’s influenced my thinking as much as Rachel Carson’s ‘Silent Spring,’ ” he said of the iconic 1962 book that exposed hazards of pesticides and has been credited with igniting the modern environmental movement.

“The creation story is central,” not an afterthought, Waugaman said. “It’s the core of scripture. It’s central to what Jesus was trying to get across” when he said, for example, “look at the flowers of the field and they will teach you about God.

“God is actually in nature,” he said, and to pollute nature is the same as polluting God.

The Rev. Clayton Summers is a trained aerospace engineer and former software developer who went back to school to earn a master’s degree from the Lexington Theological Seminary, graduating last year. He works as the minister and camp host at Camp Walter Scott, a Disciples of Christ camp serving youth from Illinois and Wisconsin.

Summers said he’s not preaching regularly now, but Ecopreacher 1-2-3 guides him as he brings the concepts of creation care to life at the camp, including reducing energy consumption, starting a garden and facilitating conversations about climate change.

With youth, he said, his approach, “starting out, is to listen.

“Kids are used to having things shoved down their throats,” he said. “I give them space to express themselves, through writing, drawing or speaking.”

From there, as questions about climate change arise, he said, they can spur further questions: “What does our faith say about this? What are things we can do as a response?”

Other faith traditions have programs that are similar to Ecopreacher 1-2-3.

For example, the Catholic Climate Covenant, an independent organization that grew out of the U.S. Conference of Catholics Bishops and works to energize climate awareness and action in dioceses across the country, offers regular suggestions for priests’ homilies in Catholic services and guidance for hundreds of Catholic churches that practice what they call “creation care.”

This guidance is largely based on the Pope’s Laudato Si’ encyclical and its explanation of what the Pope called integral ecology or, as Paz Artaza-Regan, a program manager at Catholic Climate Covenant, put it, “Everything is connected.”

That includes the fact that not just the human body but the planet and all living things on it are sacred, she said.

The Presbyterian Church USA, based in Louisville, works with Blessed Tomorrow to provide materials and suggestions for its own Earth Care Congregation program and help Presbyterian ministers improve their knowledge of the intersection of climate change and faith.

“A big piece is figuring out how do we unpoliticize this so we can have the conversations we care about,” said Jessica Maudlin, a program associate working on sustainable living issues with PCUSA. “That does get very tricky.”

For Schade’s part, she recalls angering politically conservative members of a suburban Philadelphia Lutheran church, where she worked before she became a seminary professor, when some members wanted to show former Vice President Al Gore’s Academy Award-winning 2006 documentary on climate change, “An Inconvenient Truth.”

“That experience convinced me more and more that pastors need more guidance,” she said.

Schade said she’s found from experience and through research that effective pastoral communication won’t work if the clergy get too, well, preachy.

She described her approach as delivering a sermon, then having a dialogue before another sermon that integrates insights from the dialogue, and then further dialogue.

“It’s the pastor raising awareness about an issue, framing it Biblically, theologically, not politically. Pastors are listening to and collaborating with their congregation so this is not just the pastor’s agenda,” she said.

She said climate change is getting less political within faith communities than some other social topics, such as abortion or gun control. That, she said, could be good for the planet.

“There’s research that shows that when pastors preach about climate change, their congregants are more likely to believe that it exists and that it’s human-caused, more than those pastors who never talk about it in their sermons,” Schade said. “People are listening. It makes a difference.”