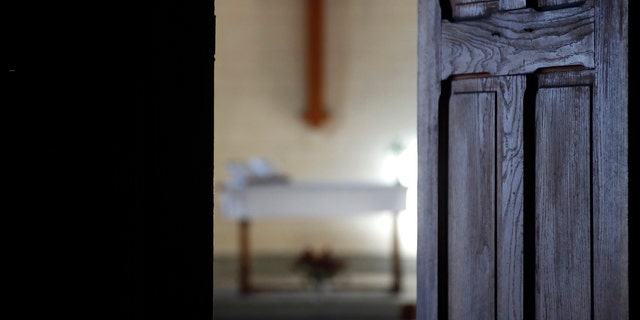 Christians are practicing “various forms of self-censorship” and find it increasingly difficult to express their faith freely even in countries that have historically been Christian, according to a new study from religious watchdog groups.

The report, titled “Perceptions on Self-Censorship: Confirming and Understanding the ‘Chilling Effect’,” was compiled by the Observatory on Intolerance and Discrimination Against Christians (OIDAC) in Europe, the OIDAC in Latin America and the International Institute for Religious Freedom.

The data is based on “unstructured interviews” with people who have experienced what the report calls “the chilling effect” by which Christians self-censor about their faith, even unwittingly.

The report also explained that “to acquire meaningful and specific data (and stay away from general and vague assessments), it was decided to focus on four countries in two continents where secular intolerance, as a persecution engine, produces the most extreme expressions according to the World Watch List of Open Doors International, to observe the chilling effect in its purest form.”

In Europe, they interviewed Christians in France and Germany and in Latin America, they chose Mexico and Colombia.

“With some exceptions, the majority chose to keep its expressions of faith or its opinions on issues related to life, marriage and the family from a Christian doctrine perspective private because they had witnessed sanctions or prosecutions to which colleagues or peers had been subjected,” it added.

While some incidents cited in the report might seem trivial, the authors observed “these many small things together cause ‘death by a thousand cuts.’”

“A few cuts do not kill you and barely hurt,” they said. “But continuous small strikes eventually have an impact. We posit that the accumulation of seemingly insignificant incidents creates an environment in which Christians do not feel comfortable — to some degree — to live their faith freely. Indeed, Western Christians experience a ‘chilling effect’ resulting from perceived pressures in their cultural environment, related to widely mediatized court cases.”

The study also observed that because of the chilling effect’s subtle and generally non-physically violent nature, “it is often misunderstood or even ignored and therefore largely remains invisible.”

Without offering a definition of the chilling effect to those they interviewed, the report also noted how some “were not consciously aware of self-censorship in their own lives,” which the study described as “an important finding.”

Madeleine Enzelberger, executive director of OIDAC Europe, told Christian Today that the study “raises the legitimate question of: how is it possible in a mature, liberal democratic society that stands for tolerance, diversity, and inclusive and open discourse, that people are frightened to freely speak their minds?”

Looking For The Easiest Way To Access Court Filings?