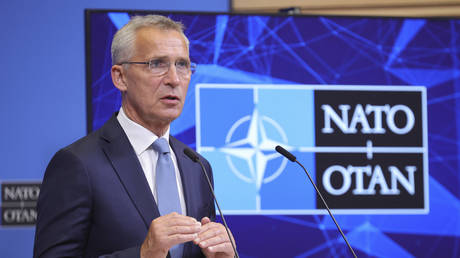 Russia has lambasted EU High Representative for Foreign Affairs Josep Borrell for suggesting that a special tribunal could be set up to try certain Russian citizens over the Ukraine conflict.

Speaking to the Russian media outlet RIA Novosti on Saturday, a representative of the country’s Foreign Ministry said: “We have already got used to Borrell’s unprofessional and confrontational statements that have nothing to do with diplomacy.”

The official added that the sheer idea of establishing “some tribunal ‘to hold Russians accountable’ is fundamentally prejudiced in its very wording and has nothing to do with real justice.”

The Foreign Ministry pointed out that “no one gave [Borrell] the right to decide who is guilty.”

It also went on to argue that Brussels’ silence on the shelling of Donetsk on September 19, which killed 16 civilians, including two children, was further proof that the EU has given up any pretense of objectivity by now.

“Civilian cities of Donbass continue to come under bombardment, there is no end in sight. And Borrell is not condemning these egregious acts, and not calling for an investigation and punishment for those responsible,” the Foreign Ministry representative lamented.

Speaking to the media outlet Politico earlier this week, Borrell said that Brussels is open to the idea of a special tribunal for certain Russian citizens.

“We’re very much in favor of making the Russians accountable for what they have done,” the official clarified.

The diplomat also explained that since neither Russia nor Ukraine is a member of the international penal court, some third jurisdiction would be preferable for such a tribunal.