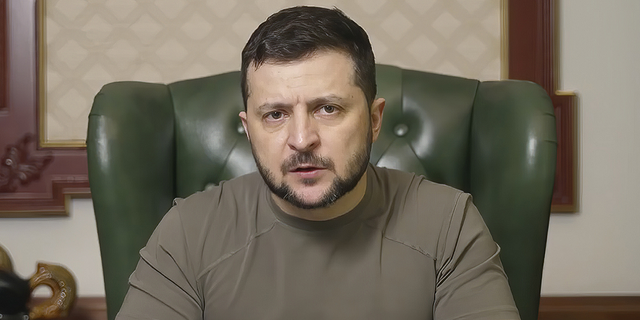 For over 80 days, Ukraine has successfully defended itself against a much larger Russian army, and now Ukraine President Volodymyr Zelenskyy is convinced victory could soon be near, he said.

Russia has become “bankrupt” and is now facing “a dead end” in the war, Zelenskyy said during a nightly address Sunday.

During his speech, Zelenskyy said his country is starting to see a potential avenue to victory but that they would not let up in their struggle with Russia militarily or in seeking international support to cripple Russian economically.

“The occupiers still do not want to admit that they are in a dead end and their so-called ‘special operation’ has already gone bankrupt,” he said. “But the moment will surely come when the Ukrainian people will force the invaders to fully recognize reality.”

On the 81st day of the conflict, Zelenskyy added: “Victory is beginning.”

“This week, as always, there will be a lot of international activity in which I will take part,” the Ukrainian president continued. “The key is weapons and financial support for Ukraine. Finances not only to maintain stability now, but also to begin rebuilding what Russia has ruined.”

Ukraine is also focused on securing an oil embargo against Russia, as Kyiv continues to urge countries to find energy elsewhere.

“We are also working to strengthen sanctions on Russia. Partners need to make decisions that limit Russia’s ties to the world every week. The occupiers must feel the rising cost of war for them, feel it constantly,” Zelenskyy said.

He added: “No matter how hard Moscow tries to disrupt this decision, the time of Europe’s dependence on Russian energy resources is coming to an end. And that can’t be changed.”

Military engagements are still continuing throughout Ukraine, but its military has made incredible gains, including pushing Russian troops from Kharkiv and all the way back to the Russian border, Reuters reported.