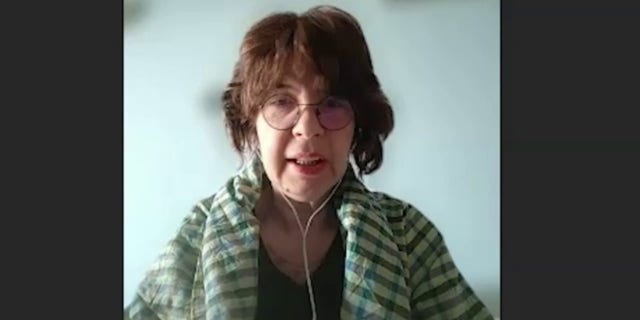 And you can even get the t-shirt.

It is not every day that Russia’s team of TV patriots and propagandists attacks something native, but Yekaterinburg has gotten under their skin.

While the anti-war movement in Russia is underwhelming from a visual perspective to the Western world for which demonstrations mean tens if not hundreds of thousands of marchers on streets, protest sentiment is out there, probably more than anyone knows, and is looking for corners to exist in.

This may be messages surreptitiously put where price tags hang in stores, or graffiti scratched out somewhere in the dark night.

Russia’s fourth-largest city, Yekaterinburg, turns out to be the place making the most noise, relatively speaking, when it comes to opposition to the war in Ukraine.

The old Soviet industrial capital of the Urals, home to late President Boris Yeltsin, has drawn the moniker “Center of Disgusting Liberalism” from Vladimir Solovyev once of Russia’s most pugilistic pundits.

And Ekat as locals affectionately call it, hit back.

“There was a revolt by the population.  It started with stickers and t-shirts.  The catchphrase became kind of a slogan,” says journalist Anna Zafesova who has been following Yekaterinburg’s politics closely.  “Then local parliament, most of which is made up by members of United Russia (the party of Putin) voted for a resolution for state TV to basically shut Solovyev up.”

Zafesova says that what drew the ire of Solovyov was the behavior of students in the city.  She says 600 university put their names on a petition to get rid of a banner with the letter “Z” on it. “Z” which has been scrawled on Russian tanks apparently to distinguish them from Ukrainian ones has become a pro-war symbol.  Then dozens walked out of a lecture  supposedly heavy on propaganda about Ukraine and NATO.

The protests are creative.

“Yesterday owners of cars with Z stickers on them found their tires pierced. And we are speaking about dozens and dozens of cars.”

Eighty-year-old women have been stopped for holding signs for peace.

A well-known runner is receiving hate messages on social media after wearing a t-shirt in a recent marathon.  And a single mother, saleswoman Nadezhda Saifutdinova, was nearly forcibly commited to a psychiatric hospital after literally sewing her mouth shut and holding a sign “We Cannot Keep Silent.”

Grand and great-granddaughter of Ukrainians, she told me that she had never been politically active in her life but that what is happening in Ukraine pushed her to action.

She said she was scared about putting a needle through her lip, but she thought about the pain Ukrainians are experiencing. And not only Ukrainians.

“It was very painful for me to see how people are suffering, and to see what is happening with my country, the opinion people have of my country. I feel like a hostage of my government. For me, it is painful to look at pictures of young guys–eighteen, nineteen, twenty-years-old…soldiers who are dying in this special operation.  And young men, practically kids, are dying there too.”

Saitfutdinova marvels that she lasted for nearly an hour on a busy shopping street before she was picked up, begging whether any in law enforcement might have found her statement compelling.

She says the tears streamed down her face as she stood.  People asked if they could hug her.

A self-professed loner, Saifutdinova says she has some new friends from all this. People have reached out through her family and social media.

But don’t think Ekat is a city on the verge of revolution.

Yekaterinburg has a strong pro-Putin and pro-war faction.

The billionaire owner of Sima-Land, an online mega-store carrying lots of Chinese goods produced a sleek music and performance video, a sort of rally of support for Russian President Vladimir Putin in the early days of the war.

And Urazvagonzavod, said to be the world’s largest producer of battle tanks, based nearby, has reportedly just sent a train-load of new tanks to Ukraine.  The tanks got a formal blessing by an Orthodox priest before the setting off and apparently were filled with notes of support for the troops and drawings made by employees of the plant.