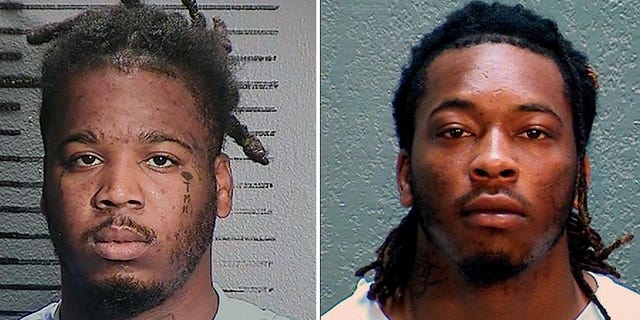 A suspect in a gang-related mass shooting in California was arrested by the FBI and police in Las Vegas on Saturday.

Authorities say Mtula Payton, 27, was one of at least four shooters in a Sacramento mass shooting that left 6 people dead and 12 injured in early April. Police said at the time that the shooting was likely an altercation between two gangs.

“Through their relentless investigation, our detectives developed information that Payton was residing at an apartment complex located in Las Vegas, Nevada,” Sacramento police said in a statement.

Payton’s arrest comes more than a month after other alleged shooters in the case. Police apprehended brothers Dandrae and Smiley Martin, 26 and 27 respectively, in mid-April.

Dandrae and Smiley Martin were arrested in connection with a California mass shooting.
(CALIFORNIA DEPARTMENT OF CORRECTIONS AND REHABILITATION via AP)

Payton is currently locked up in a custodial facility in Nevada, but he will be transferred to Sacramento PD custody in the coming days, police say.

Payton and the others are facing murder charges for their involvement in the shooting.

Is the left coming for your pickup truck? Critics say

Derek Prince With Subtitles - January 28, 2023 28
What sin does God hate the most? Bible teacher Derek Prince, tells us about the thing that God hates most. Derek will also share...
Go to mobile version