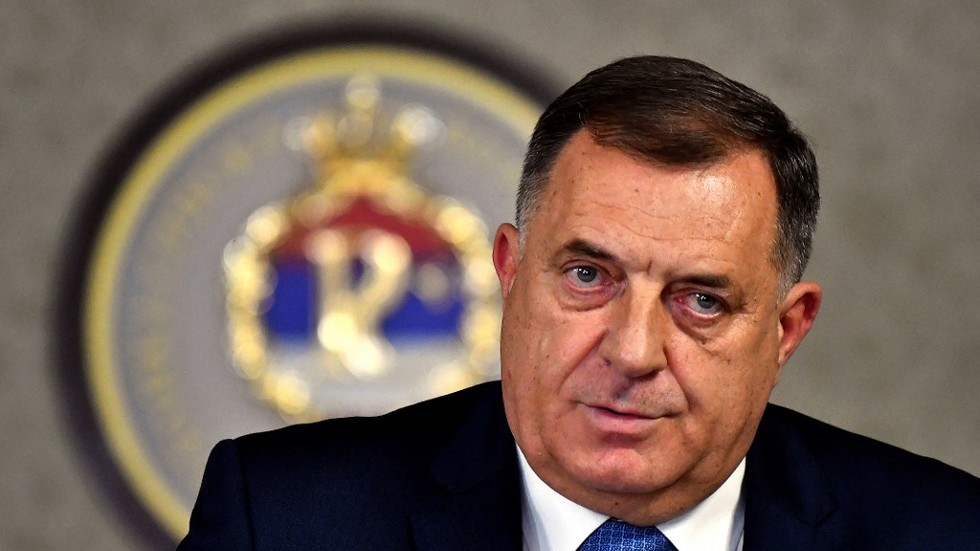 Speaking at a press conference in Belgrade, Dodik accused Biden of stoking division within Bosnia and Herzegovina by sending greetings to the country ahead of its Statehood Day on November 25.

“I don’t know what I would call it and all the employees of the US embassy know that November 25 is not a holiday in Bosnia and Herzegovina,” he said, according to local media.


Power in the Federation of Bosnia and Herzegovina is shared by a representative of each ethnic group, while Dodik was elected President of Republika Srpska earlier this month.

Addressed to the Federation of Bosnia and Herzegovina’s three leaders, Biden’s letter called on them to “put aside their differences and work to build a better future.” The letter also urged them to clamp down on corruption and align themselves with “the Euro-Atlantic community of nations,” N1, a Balkan news agency, reported.

Statehood Day marks the decision of the Bosnian National Anti-Fascist Council (ZAVNOBiH) in 1943 to declare BiH a future federal unit within the socialist Federation of Yugoslavia. It became the national holiday in modern BiH as laws carried over from the former federal state under the US-brokered Dayton Agreement, although Republika Srpska and Serbian leaders within the Federation of Bosnia and Herzegovina never recognized the date.

“27 years since the end of the [1992-1995] war is enough time for the American representatives in Bosnia and Herzegovina to learn this and finally inform their government and the service that deals with sending congratulations on behalf of the US president,” Dodik declared at Thursday’s press conference.