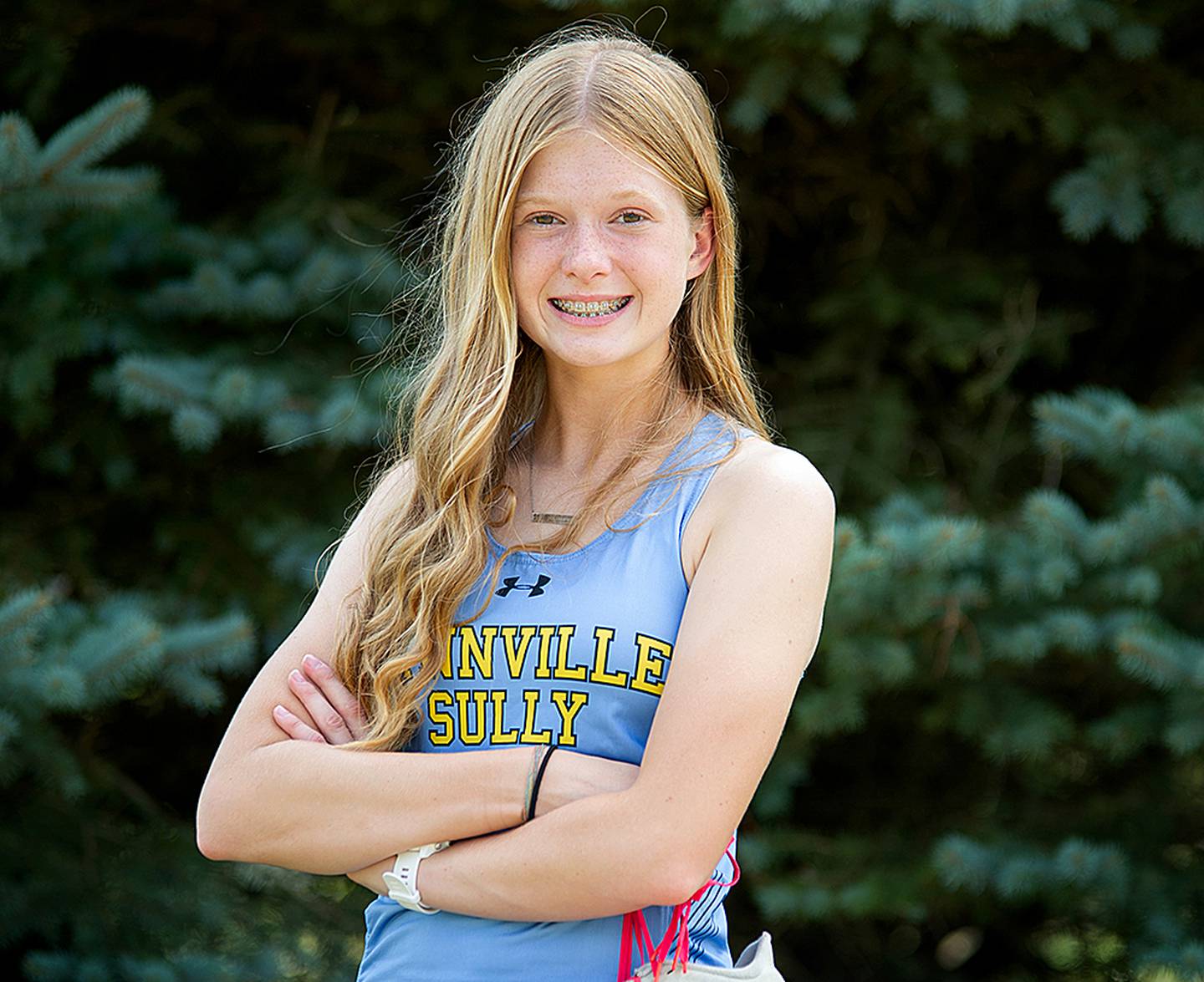 ALLEMAN — Greenlee Smock used a late kick to claim another victory, Olivia Norrish raced to her best time ever and three Lynnville-Sully boys finished in the top 20 at the North Polk Invitational on Monday.

Smock won the girls’ 5K race and Norrish was 10th to lead the L-S girls to fourth place and the Hawks boys were fifth.

Colfax-Mingo also competed and the girls were sixth in the eight-team field, while the boys finished ninth in the nine-team field.

“Coming off Homecoming week into a Monday meet, I wasn’t sure what our energy levels and focus were going to be tonight,” L-S cross country coach Darin Arkema said. “It’s our farthest travel to a meet so far so I was curious to see how we would come out looking.”

Smock, who is ranked 19th in Class 1A and was voted Homecoming Queen a few days prior, used a kick with about 1,000 meters to go to pass 3A No. 27 Liza Schaffer of North Polk and finished with a personal-best time of 19 minutes, 21 seconds to win the girls’ race.

“After the first half-mile, it was a two-person race and for the next two miles I kept challenging Greenlee to be bold, make a move, get in front and push the pace,” Arkema said. “Finally, with about a thousand meters to go, Greenlee pulled in front and changed gears to separate herself.

“The result was a PR time and a commanding win that should give her tons of confidence she can race to those fast times and belongs up near the top of 1A girls.”

“The girls all took off well, aggressive to get better early positioning and keep contact,” Arkema said. “Olivia had a very determined look, and I just sensed from her she was confident she could be fast and be in the upper tier of the race. She passed six girls during the second mile and never looked content to just run with who she was with or where she was at.”

Shae Wilkins highlighted Colfax-Mingo in 21st. She finished in 22:59.

Mallory Sipma (31:45) was 81st as the lone non-scoring runner for the Tigerhawks.

Lowry ran faster than 18 minutes for the first time in his career.

“Zach just keeps on a roll, churning out one solid performance after another,” Arkema said. “Hendrick never gave much space behind Zach and that’s exactly how those two were challenging each other last week in practice.”

Gruver, who is ranked 22nd in 1A, returned to the lineup after missing almost a month of competition due to injury.

“The meet tonight for James was about going and seeing how the ankle felt, how things responded and seeing where he was at,” Arkema said. “I was proud of him for battling and working through things to race the whole way, and his time of 18:09 was still very respectable. We would have loved to see where he could have been tonight without the injury.”