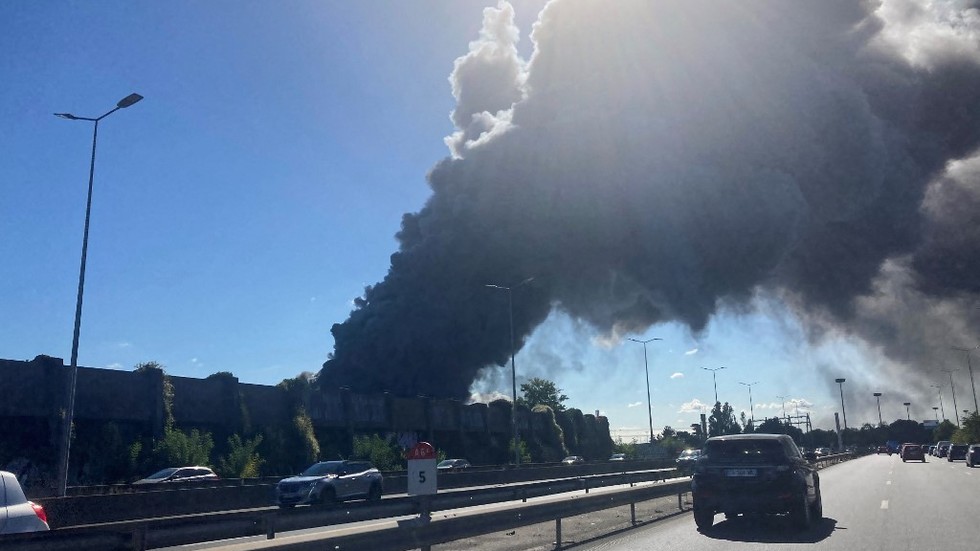 The world’s second-largest fresh produce market caught fire in Paris on Saturday, blanketing the French capital in a dense cloud of smoke visible from kilometers away.

The fire, which originated in the Rungis International Market’s 7,000-square meter warehouse, broke out around midday. The inferno spewed a dense cloud of smoke into the sky, which could be seen creeping several kilometers over the center of the city.

A spokesman for the Paris fire service told the Associated Press that no casualties were reported, and that the fire was brought under control by 100 firefighters and 30 fire engines. The cause of the blaze is unknown but will be investigated, the spokesman said.

Located near Paris’ Orly Airport, the Rungis International Market employs more than 12,000 people and, according to its website, supplies fresh meat, vegetables and other produce to 18 million consumers, including the city’s restaurants, hotels and cafes.

The blaze comes after a spate of fires at food distribution centers across the US in recent months, which some conservative commentators have suggested were started deliberately to threaten the country’s food supply. However, the National Fire Protection Agency said that there has been no significant increase in fires at food facilities this year.