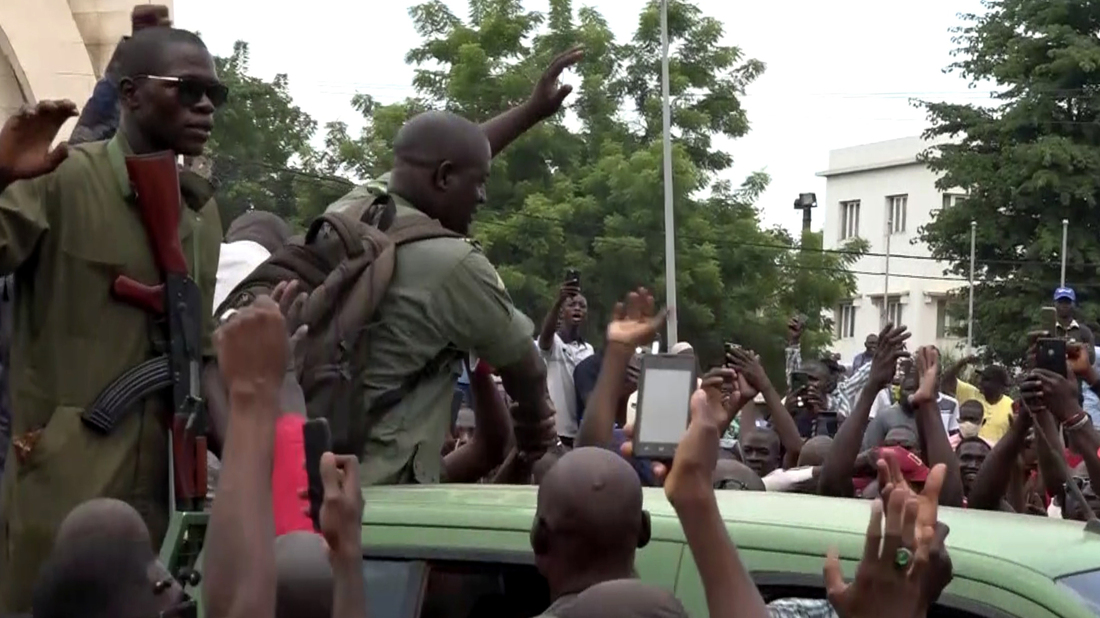 A screen grab captured from a video shows soldiers on a military vehicle being greeted by citizens gathered at Independence Square in Bamako, Mali, on Tuesday. Soldiers staged a mutiny, and reportedly detained President Ibrahim Boubacar Keita. 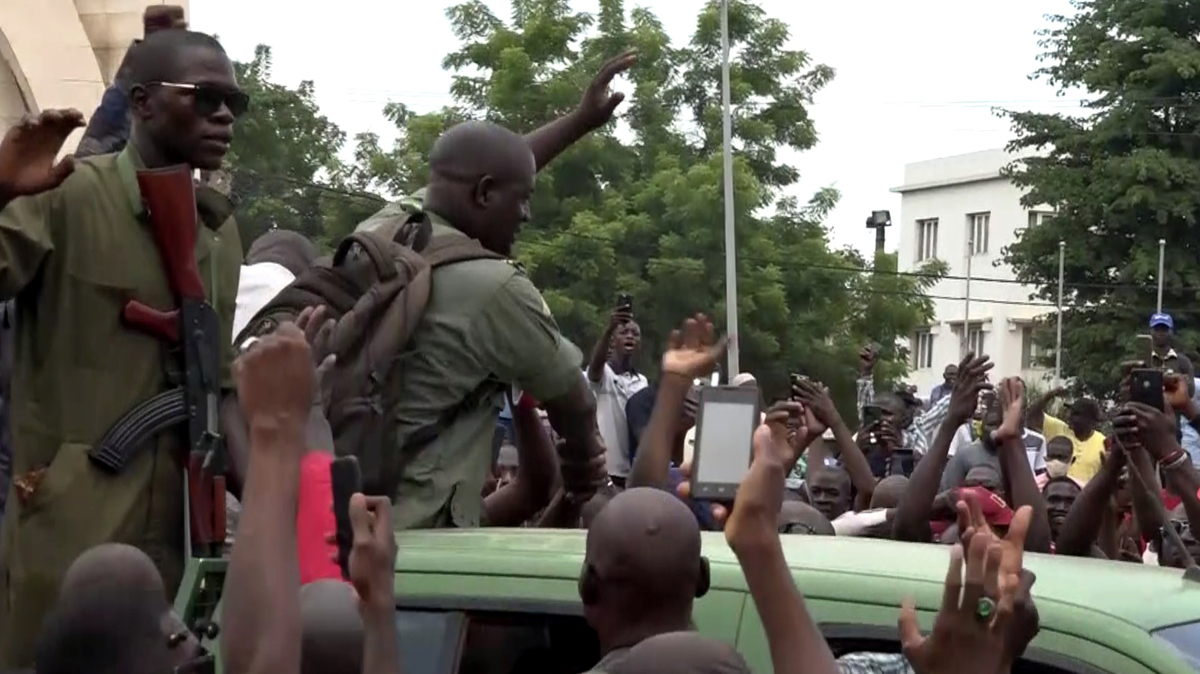 A screen grab captured from a video shows soldiers on a military vehicle being greeted by citizens gathered at Independence Square in Bamako, Mali, on Tuesday. Soldiers staged a mutiny, and reportedly detained President Ibrahim Boubacar Keita.

Mali’s President Ibrahim Boubacar Keita’s government is hanging by a tenuous thread, after soldiers carried out a mutiny on Tuesday. Soldiers reportedly detained Keita after surrounding his residence, leading to fears of a coup after months of protests.

Demonstrators had taken to the streets tired of corruption and of a government that seemed unable to tamp down an Islamist insurgency in the West African country.

In the morning, soldiers took over a huge army base outside the capital. By afternoon, local news reported the soldiers had arrested Keita.

France, which has thousands of troops in the country, called for maintaining constitutional order in Mali. The African Union called for the soldiers to immediately release the president and other government officials.

“I strongly condemn the arrest of President Ibrahim Boubacar Keita, the Prime Minister and other members of the Malian Government and call for their immediate release,” African Union President Moussa Faki Mahamat said via Twitter.

Citing a leader of the mutiny who requested anonymity, Agence France-Presse says soldiers have detained Keita along with Prime Minister Boubou Cisse.

Mali’s government released a statement Tuesday saying it is “following with great attention the events that have been taking place since this morning in our country, especially in two military camps in the city of Bamako.”

The statement, signed by Prime Minister Cissé, called for appeasement, adding that the government is available “to engage in a fraternal dialogue” to clear up any misunderstandings.

The mutiny was “unleashed” in a sociopolitical context that was already complex, according to the Economic Community of West African States, or ECOWAS. In a statement, the group added that the mutiny came after months of efforts by the ECOWAS Commission to broker a power-sharing agreement in Mali.

The group reiterated its “firm opposition to any unconstitutional political change” and asked the military to remain in what it calls a “republican posture.”

Mali has a long list of political and economic problems, from violent attacks by jihadist groups to an economy that has struggled since the military staged a coup in late 2012.

Keita, who is often known simply as IBK, has been in power since 2013 – but calls for his resignation have grown since the spring, when a court threw out many election results, in a move that left Keita’s Rally for Mali party in a strong position in the National Assembly. This year’s tumultuous parliamentary elections were Mali’s first since 2013.