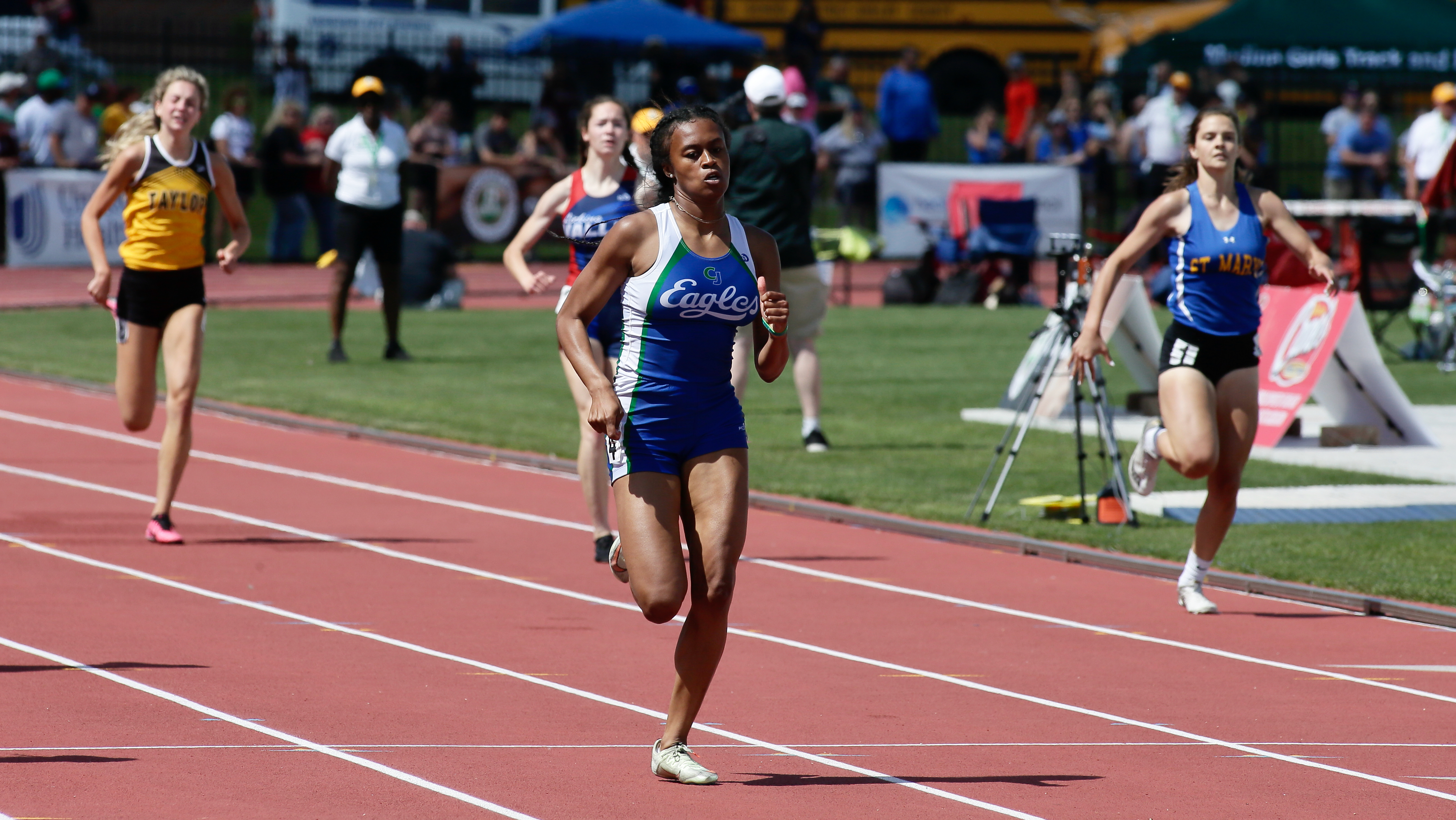 Last year, Butler, Almoney, senior Hannah Moulton and Hartman kicked off their run to the first team championship in program history by winning the same event (9:14.98) at Pickerington North High School. Two years ago, the entire spring sports season was cancelled because of the pandemic. Three years ago, when Hartman was a freshman, she raced the final leg of the 4×800 relay as Oakwood finished fifth (9:28.08). That was the last state meet held at Jesse Owens until this weekend.

This year, Hartman seized the lead about three quarters of the way through her first lap and lengthened the advantage until a late charge by Woodridge, which finished in 9:15.58.

“Last year, I think we had a little bit more of a lead,” Hartman said. “I remember we definitely had a different race strategy last year. This year, we didn’t really know what to expect going into it. I think racing is so tactical. You never know what’s going to happen. All of our girls did great in the way that the race played out. They did what they needed to do, and I think we’re all really pleased with our result.”

Hartman will defend her state championships in the 1,600 and 3,200 races Saturday. Oakwood hopes to score enough points in her events and others to repeat as state champions. This was a good way to start the weekend — especially in front of the packed stands at Ohio State.

The Minster girls 4×800 relay team kicked off the state meet by winning the first medal of the meet in the first event of the day.

Margaret Hemmelgarn, Cameo Cedarleaf, Chaney Cedarleaf and Taylor Roth raced to victory in the D-II race in 9:28.67. Minster took the lead on the third lap, with Chaney running.

The Fort Loramie boys won a D-III championship in the 4×800 with Gasson crossing the finish line.

“All I could think about was we did it,” he said. “Finally.”

Fort Loramie’s time (7:53.18) was more than seven seconds better than second-place East Canton, which had the top qualifying time (8:00.04). Fort Loramie placed 11th in the event last year (8:16.50) with the Gassons and Ranly and Adam Ballas.

The Gassons, who are seniors, started running together in sixth grade, competing in triathlons and 5Ks in the summer. In seventh grade, they were inspired by older classmates. Then they won a state cross country championship as freshmen.

“That was exciting,” Colten said, “and it just kind of showed us your time will come. Sure enough, it paid off.”

* Botkins senior Aleah Jones won a D-III state championship in the shot put with a throw of 137 feet, 5 inches. That was her fifth of sixth attempts of the day, and it was more than 6 feet farther than the second-place finisher.

Here are other results from finals involving area athletes Friday:

Here’s the list of athletes who raced in preliminaries Friday and qualified for finals Saturday: 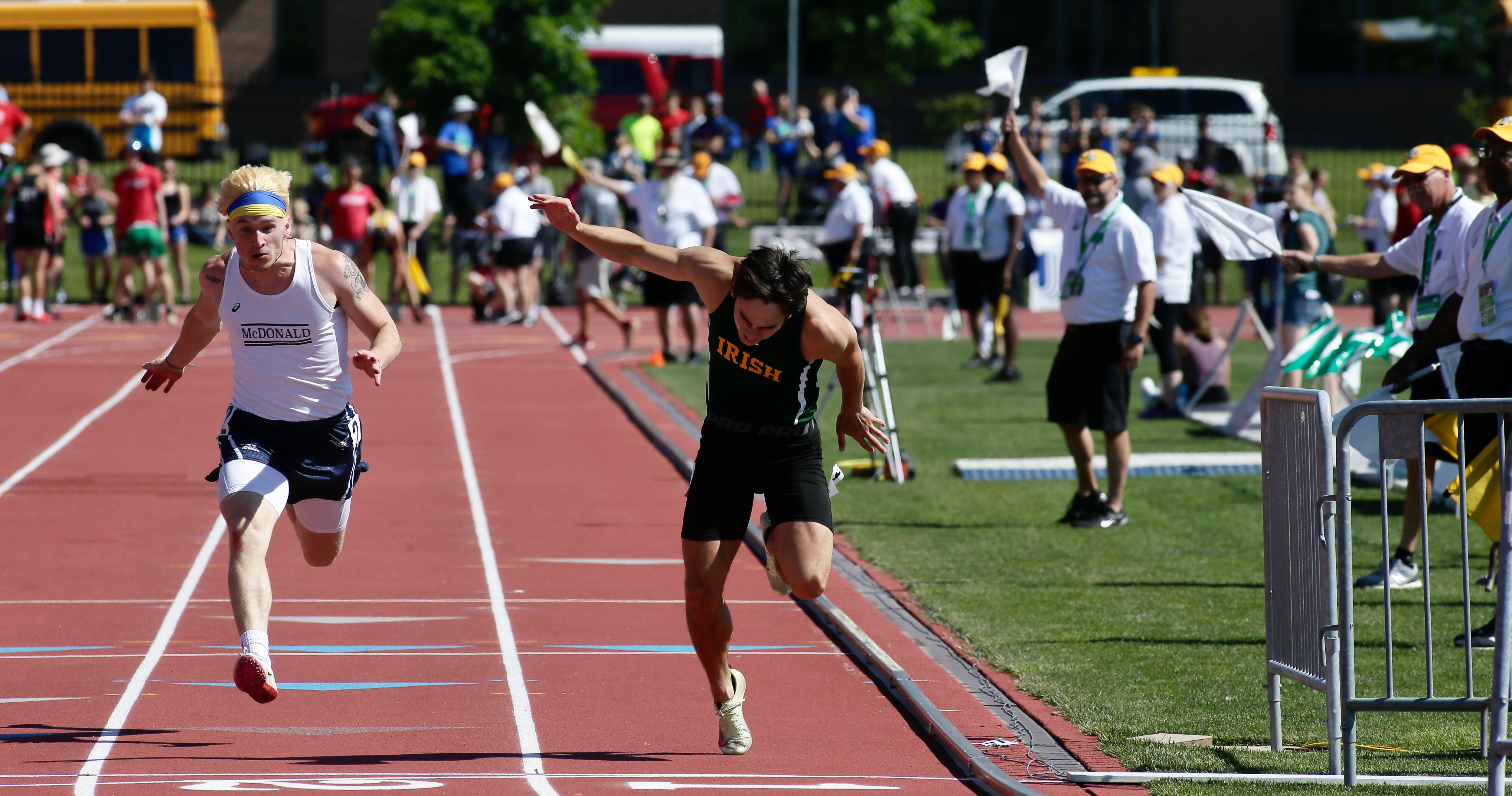