Artificial intelligence and the importance of Genesis in understanding human beings 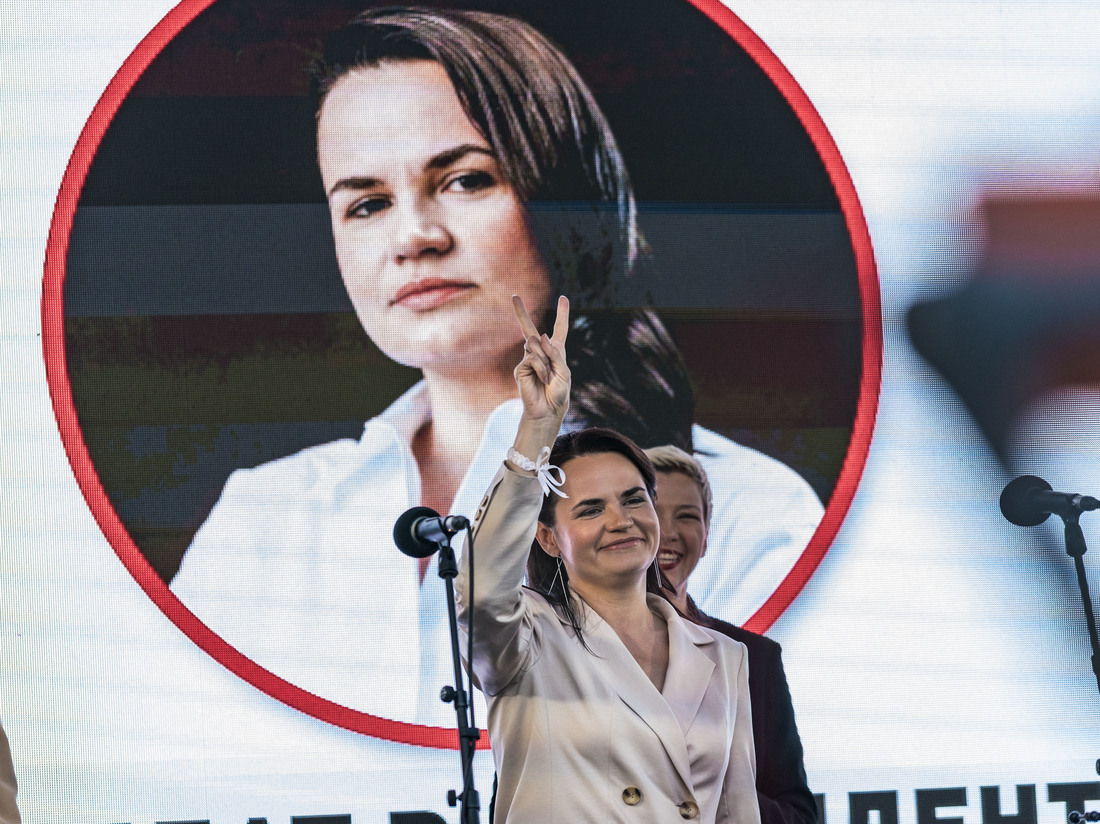 Svetlana Tikhanovskaya, presidential candidate in Belarus elections 2020, makes the symbol of victory in a rally in Minsk. 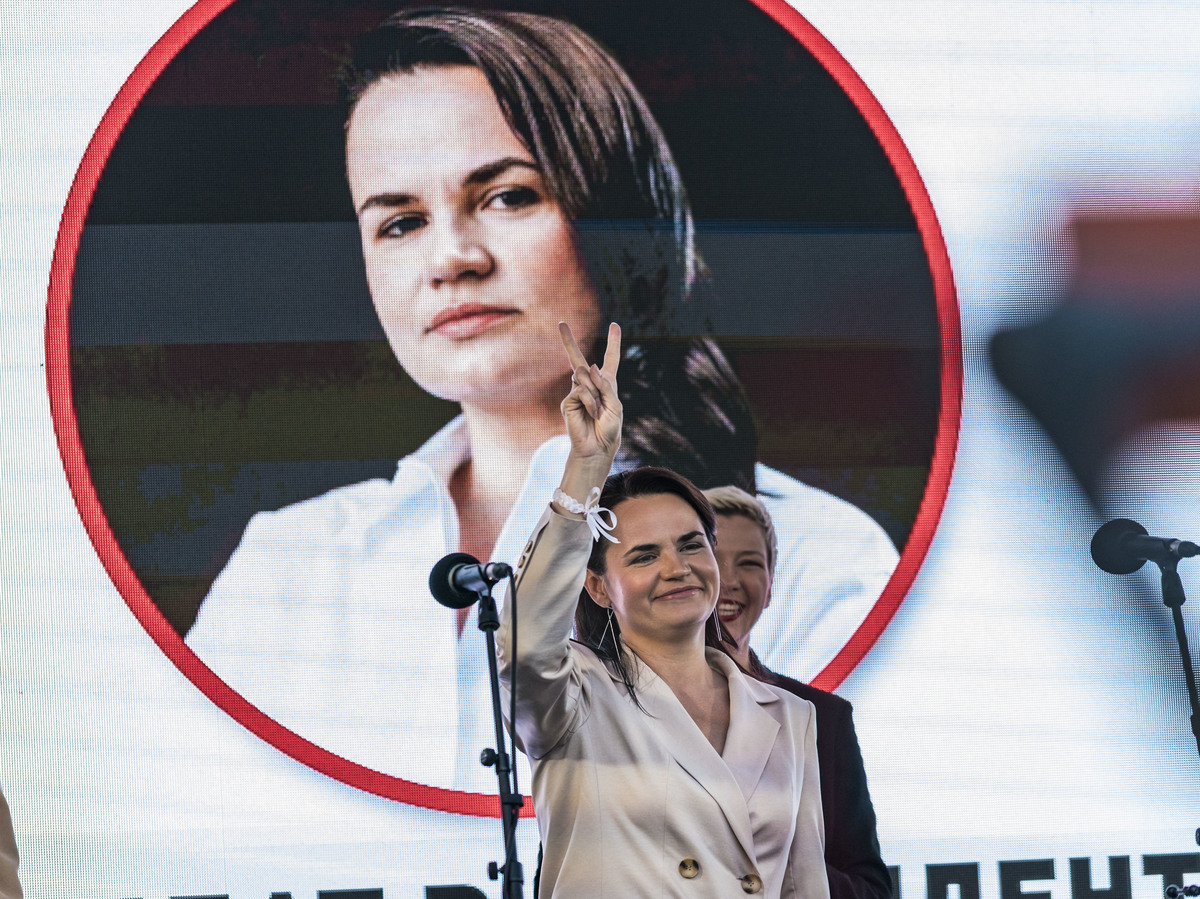 Svetlana Tikhanovskaya, presidential candidate in Belarus elections 2020, makes the symbol of victory in a rally in Minsk.

In Belarus, a 37-year-old political novice is giving Europe’s longest-serving leader a run for his money.

An English translator and mother of two, Tikhanovskaya decided to run after her husband, a popular blogger, was jailed in May.

A huge crowd of supporters filled a city park, waving the flashlights on their cellphones as darkness fell. Tikhanovskaya has been attracting crowds in towns across Belarus ever since she united with the campaigns of two other opposition candidates, one of whom is in pre-trial detention, the other who has fled to Russia for his safety.

Belarus — sandwiched between Russia and NATO members Poland, Lithuania and Latvia — has existed in a vacuum since the fall of the Soviet Union three decades ago. Lukashenko, who has been in power since 1994, has survived on energy subsidies from the Kremlin, even while staving off Russian President Vladimir Putin’s overtures for closer political and economic integration.

Tikhanovskaya became Lukashenko’s chief opponent after her husband Sergei was denied registration as a candidate and jailed on charges of violating public order and election laws. Sergei Tikhanovsky had gained popularity with his YouTube channel that took on socioeconomic issues ignored by state television.

Amnesty International considers Tikhanovsky a “prisoner of conscience” and has condemned “a growing clampdown on human rights” in advance of the August vote. Candidates, their supporters and political activists have all faced detention during the election campaign.

“We are deeply concerned about the reports of mass protests and detentions of peaceful activists and journalists,” U.S. State Department Spokesperson Morgan Ortagus said in a tweet posted by the U.S. Embassy in Minsk this month. “We think it is incredibly important for the government to provide a level playing field for everyone who wants to take part in the elections.”

The United States has been without an ambassador to Minsk since 2008, when bilateral relations broke down amid a crackdown on the Belarusian opposition.

Now Lukashenko is pursuing rapprochement with Washington as a way of countering pressure from the Kremlin. In February, he received Secretary of State Mike Pompeo in Minsk, and President Trump has since nominated a new U.S. ambassador.

Lukashenko, known for his folksy witticisms, alternately lambastes or praises the West, depending on the occasion. During a visit to a Belarusian special forces unit last week, he compared recent events in the United States with those in Belarus.

“We would not want to resort to using the armed forces, however, anything can happen. The United States is a case in point,” he said, referring to the deployment of U.S. federal agents amid continuing protests in some U.S. cities.

Lukashenko said modern wars begin with street protests: “If there are not enough people here to take part in such revolutions, they will bring them from abroad. These are professional military gangsters who are specially trained, mostly as part of private military companies.”

Five days later, the Belarusian KGB reported to Lukashenko that 33 men working for a Russian private military contractor had been arrested in Minsk. The KGB said the men were part of a team planning to foment unrest before the election, and that more than 150 others were still at large. On Thursday, Belarusian investigators opened a criminal case against the Russians — and linked them to Tikhanovskaya’s husband. She dismissed the allegations as “completely implausible”

Putin’s spokesman has said the reports out of Belarus are full of “insinuations” and “speculation,” and voiced the hope that the arrested Russians would be freed from their “groundless detention.” He denied that private military contractors exist in Russia.

“We need to remember that it’s a long-standing tradition of Lukashenko’s to use terrorists as bogeymen,” wrote Andrei Sinitsyn, opinion editor of the Russian online journal Republic.ru. “After the elections, which Lukashenko won, these stories fizzled out, although opposition politicians were jailed anyway.”

The Kremlin is interested in negotiating with a weakened Lukashenko, Sinitsyn said, but his removal as a result of a democratic election — or a revolution — would set a “terrible precedent” for Russia.

Belarusian opposition figures are afraid that the hunt for Russian mercenaries could be used as a pretext for more draconian measures by the authorities. But that fear didn’t stop Tikhanovskaya’s supporters from turning out en masse in Minsk.

“They talk about some kind of revolution,” Tikhanovskaya said. “What revolution? Why provoke your own people? We have absolutely no need for fighters, we are peaceful people.”

Artificial intelligence and the importance of Genesis in understanding human beings