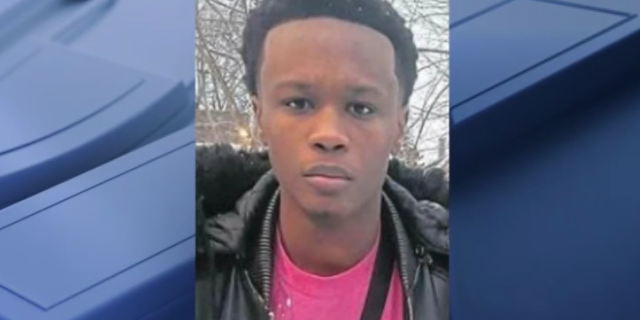 A teenager in Chicago was charged with murder Sunday following a deadly shooting in Millennium Park the day before, police said.

Authorities said a 17-year-old boy was charged with second-degree murder as he is believed to have fatally shot Seandell Holliday, 16, during a dispute near the iconic “Bean” sculpture just after 7 p.m., Fox 32 of Chicago reported.

The victim was shot at least once in the chest and was in critical condition when he was transported to Lurie Children’s Hospital, where he was pronounced dead, officials said.

Police line the streets of downtown Chicago after a 16-year-old boy was shot and killed in Millennium Park Saturday night May 14, 2022.
(Fox 32 Chicago)

The 17-year-old suspect is set to appear in juvenile court on Monday, WMAQ-TV reported.

On Sunday, Democratic Chicago Mayor Lori Lightfoot announced a 6 p.m. curfew for teenagers in the city, following the incident.

“Effective immediately, from Thursday through Sunday, unaccompanied minors are not allowed in Millennium Park after 6:00 p.m.,” Lightfoot said in a statement. “This new policy will be strictly enforced and violations will be dealt with swiftly.”

Juveniles will be allowed to leave their homes despite the curfew, should they be accompanied by an adult chaperone.

Police line the streets of downtown Chicago after a 16-year-old boy was shot and killed in Millennium Park Saturday night May 14, 2022.

“All of our residents and visitors under the age of 18 are welcome at the Park during the evening hours as long as they are accompanied by at least one responsible adult,” Lightfoot added.

She added, “We, as a City, can not allow any of our public spaces to become platforms for danger. Anyone coming into our public spaces should expect to enjoy them peacefully and must respect and exhibit basic community norms of decency. We simply will not accept anything less.”

In another part of the city Sunday, a 14-year-old boy was killed during a shootout at a gas station, Chicago Police said.

The incident happened in a Citgo parking lot, where the victim exchanged gunfire with at least one individual in a car, Fox 32 reported.

The vehicle fled the scene, but police caught up to it after it crashed in a Home Depot parking lot. Three suspects, who fled on foot inside the hardware store, were later arrested, police said.

So far, no charges have been announced. Chicago police are still investigating.