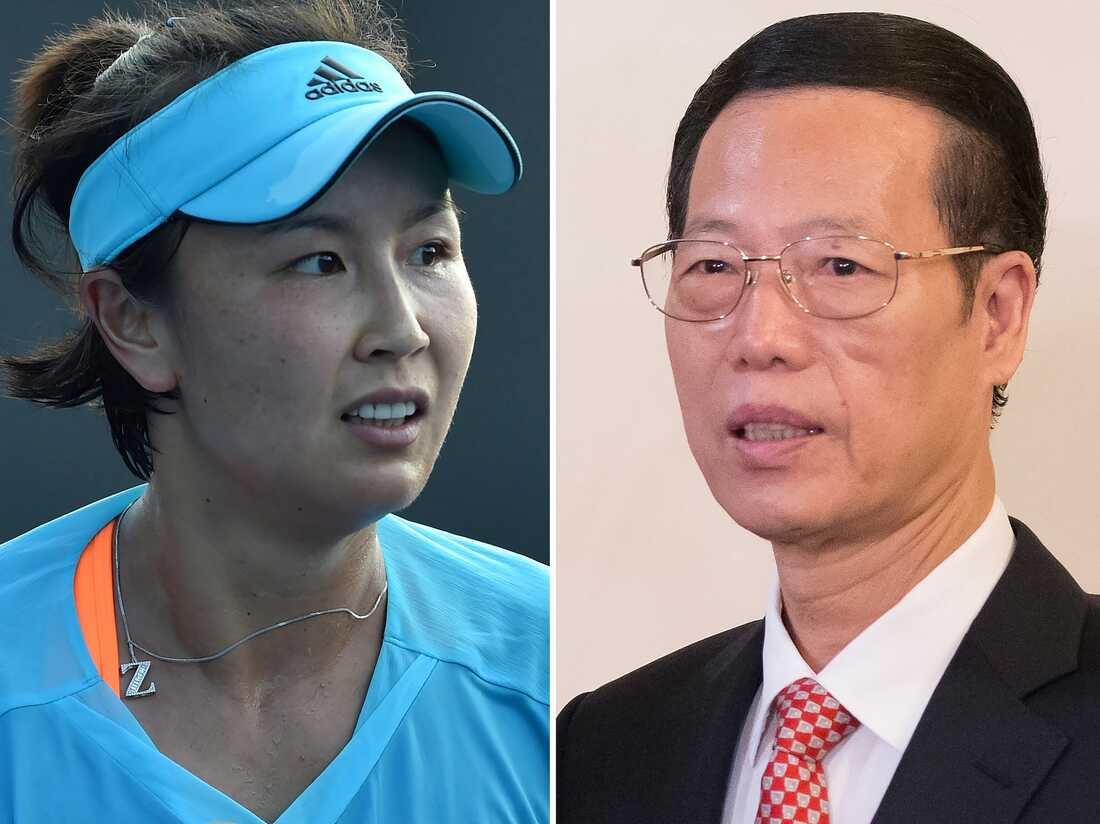 This combination of file photos shows tennis player Peng Shuai of China (L) during her women’s singles first round match at the Australian Open tennis tournament in 2017; and Chinese Vice Premier Zhang Gaoli (R) during a visit to Russia in 2015

This combination of file photos shows tennis player Peng Shuai of China (L) during her women’s singles first round match at the Australian Open tennis tournament in 2017; and Chinese Vice Premier Zhang Gaoli (R) during a visit to Russia in 2015

BEIJING – Chinese tennis star Peng Shuai walked back her sexual assault allegations against a powerful Chinese official and said she was retiring from playing tennis competitively in a carefully-managed interview published this week that sought to assuage global concerns about her personal safety in China.

“I never said anyone sexually assaulted me,”she told French sports magazine L’Equipe in a conversation arranged by the Chinese Olympic Committee. “My private life should not be brought up in sports and politics.”

The sit-down interview is Peng’s first since last November, when she accused retired Chinese premier Zhang Gaoli of sexual assault during a years-long, on-and-off-again romantic relationship. Zhang has not responded publicly to the allegations.

Shortly after L’Equipe’s interview was published, the International Olympic Committee (IOC) said its president, Thomas Bach, had had dinner with the Chinese tennis player in Beijing on Saturday, where they both are to watch the Winter Olympic Games.

In a statement, the IOC said that Bach and Peng were joined for dinner by Kirsti Coventry, a Zimbabwean member of the IOC, after which the two women also attended a mixed curling match between China and Norway. In her L’Equipe interview and in the IOC statement, Peng said she intended to travel to Europe at a vague time, “after the Covid-19 pandemic is over.”

However, the IOC statement made no mention of the sexual assault allegations which precipitated the dinner or whether she has the ability to live, speak, and move freely in China.

“It’s not a judgement of the IOC to make,” said Mark Adams, the IOC spokesman. “Our job is to remain in contact with her and as we’ve explained in the past, to carry out personal, quiet diplomacy to keep in touch with her as we’ve done…We as a sports organization are doing everything we can to ensure whether she is happy.”

Global concerns about Peng’s personal safety and freedom have abounded following her accusation against Zhang, who was crucial in securing Beijing’s bid for the Winter Olympic Games, which kicked off last Friday. After saying it was unable to contact Peng, the Women’s Tennis Association (WTA) said it was suspending all tennis tournaments in China in protest.

Peng has since largely receded from public view since November, appearing in only a handful of photos and videos posted online by a Chinese state tennis official and state media outlets on Twitter, a platform that is blocked within China.

“I’ve just been resting at home, and everything is fine,” Peng allegedly wrote. A screenshot of the letter, in which a computer cursor was still visible, was shared on Twitter by China’s state broadcaster.

Her original social media post accusing Zhang of sexual assault was wiped from the Chinese internet within an hour of being published, and she remains nearly completely censored from Chinese social media.

In her interview with L’Equipe, Peng claimed she had deleted the post herself. “This post has given rise to a huge misunderstanding from the outside world. I hope that the meaning of this post will no longer be distorted,” she said in Mandarin, while a Chinese Olympic official sat through the entire interview and provided the official translation. “I am a completely normal girl, a completely ordinary tennis player.”