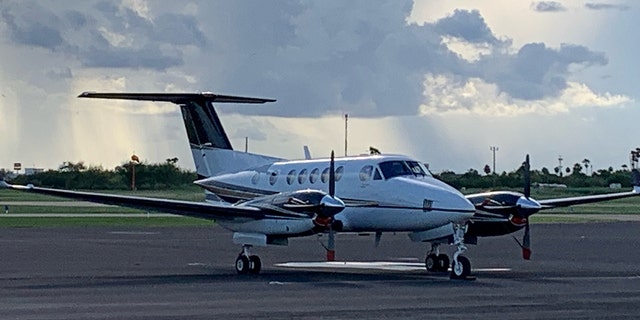 Texas officials are warning of an increase in human smuggling operations at the border via aircraft.

Texas DPS Lt. Christopher Olivarez joined “Fox & Friends” Tuesday to share why this is another outcome of the “open border policies by the federal government.”

“They have allowed this organization to expand a domestic criminal enterprise. So now it’s become a more common occurrence to use planes for smuggling methods. And we were able to disrupt and stop three smuggling attempts by plane within 30 days from three different airports in the Rio Grande Valley,” he told Brian Kilmeade.

“These are small, private airports. They’re not using the larger airports where there’s TSA. These are the smaller airports where you don’t have the security measures in place for private planes. It’s kind of hard to … do surveillance at every single airport.”

Olivarez said one of the migrants caught on a flight had a fraudulent Texas ID card and was found to have an active warrant out of Wisconsin for the sexual assault of a child.

“Border Patrol helped us out. They were able to identify him by fingerprints. He was a deported felon, and also he had an active warrant out of Wisconsin for sexual assault of a child,” said Olivarez, stressing the number of “gotaways” that have eluded detection at the border in recent years.

Olivarez said DPS recently stopped the smuggling of migrants from the Dominican Republic.

“Each of those immigrants told our law enforcement personnel that they paid $11,000 each to be smuggled on a plane.”

Olivarez said he’s concerned criminals and suspected terrorists could be able to pay that type of money to be flown over the border “and get into the interior [U.S.].”

Elizabeth Heckman is a digital production assistant with Fox News.