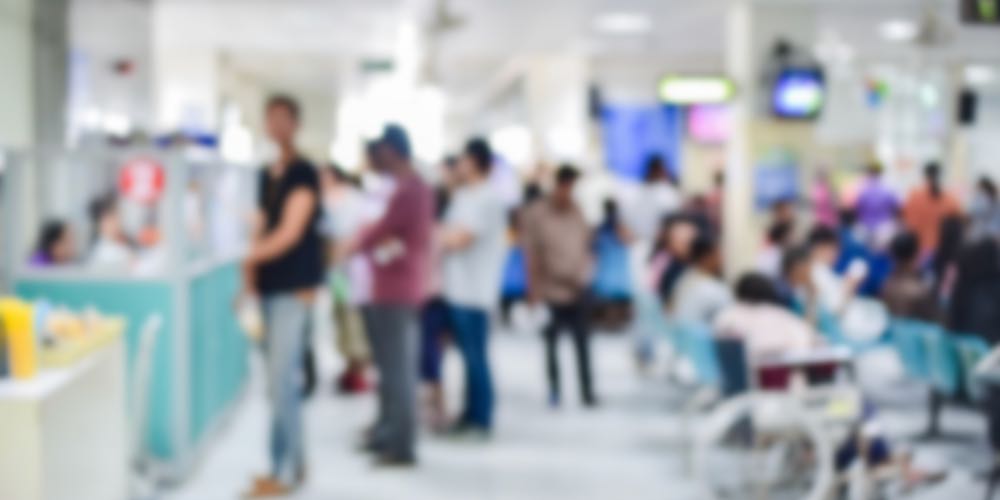 The division of labor, which Adam Smith described as “the greatest improvement in the productive powers of labor, and the greatest part of skill, dexterity, and judgment with which it is anywhere directed,” is not an unmixed blessing. Smith avers as much when, anticipating the effects of assembly-line labor, he writes that the man whose life is spent in repetitively performing a few simple operations “has no occasion to exert his understanding,” rendering him “as stupid and ignorant as it is possible for a human creature to become” and saddled with a “torpor of mind” incapable of conceiving any “generous, noble, or tender sentiment.”

This is true in my own profession of medicine, where medical students, staff, and faculty have seen their specialized spheres of concern contract progressively over time. Consider the medical student on the pulmonary service who, having convinced himself that a patient’s difficulty breathing is cardiac in nature, abruptly leaves the patient’s room, declaring that the problem is no longer his concern. Or the staff member who, having suffered a patient death, urges the family not to discuss it until the grief counselor arrives. Or the orthopedist who, so pleased by her own handiwork in setting a complex fracture, evinces no recognition of the fact that her patient is struggling with a recent diagnosis of advanced cancer.

Similar hazards of increasingly divided and therefore specialized labor are even more apparent among non-patient-facing healthcare workers. Consider the health insurance company clerk charged with ensuring that pre-approval for treatment is never granted if physician requests do not conform to standard protocols, and who therefore delays a cancer patient’s treatment to the point that the patient winds up in the intensive care unit on a ventilator. Or the hospital administrator who is so focused on proving that a new employee engagement program is producing the desired results that he ignores all evidence to the contrary, perhaps in part because his annual bonus depends on it.

There is no doubt that the division of labor can enhance productivity, including quality. To borrow from Smith’s famous example, a single pin maker may be able to produce only a few pins a day, but if the process of pin-making is divided up into each of its component steps and a different person is assigned to each one, output can be dramatically increased, often by multiples of hundreds or even thousands, with improved quality. Yet this approach can become especially hazardous when applied to the sort of work that nurses, doctors, and other health professionals do every day. If patient care is divided up into different specialties and each specialist attends to but part of the whole, then the care of the whole patient is likely to suffer.

The cardiologist understands the circulatory system, the neurosurgeon the brain and spinal cord, the dermatologist the skin, the gastroenterologist the digestive system, and the urologist the kidneys and bladder. But who knows the whole patient? Suppose the patient suffers from a disease that involves more than one system, or even many systems, such as long-haul COVID. Suppose the patient has multiple separate problems the treatment of which needs to be coordinated across systems, such as heart failure, chronic pulmonary disease, diabetes, kidney failure, and early-stage dementia. We have specialists to focus on each problem, but who minds the whole? In theory, a generalist, but our healthcare system often inclines toward specialism to the point that generalists are crowded out.

I know of an elderly patient who presented to the emergency department of a large academic medical center suffering from advanced cancer that was interfering with his breathing. The physician who saw him had recently been placed on an incentive plan designed to increase the number of patients receiving routine preventive care. One such recommendation for elderly patients was annual influenza immunization. Despite multiple attempts by the patient to steer the conversation back to his difficulty breathing, the physician fixated on the flu shot. The patient, who would die before the next flu season, left the hospital immunized but feeling that his presenting complaint had never been adequately addressed. An incentive system had narrowed the physician’s field of view in a way that compromised patient care.

The specialization born of divided labor produces a narrow field of view, one confined to the description of a tightly circumscribed job. Over time, as Smith indicates, such a perspective can contract progressively to the point that workers see only their specific responsibilities and not those of their colleagues or the broader needs of those their work exists to serve. When a concern arises outside such narrow boundaries, health professionals may respond that it is not their job to address it, instead referring patients to others. “What you have is an elbow problem, but I only deal with wrists,” or “you seem to be suffering from a kidney problem, while I treat only livers.” Physicians and hospitals can get so focused on disciplinary boundaries, metrics, and profits that they cease to see the whole person they exist to serve.

When this happens, specialization ceases to be a means of improving the quality of care and functions instead as an excuse for shirking responsibility. People can wash their hands of a problem simply by saying that it is not part of their job description. We forget that our categories—whether occupational, diagnostic, or financial – exist not so that we can fit every patient into one, but so that we can ensure patients are well cared for. Under no circumstances is deflecting or rejecting patients a sign of medical excellence. At best, it does no harm while allowing patients to be well cared for, but at worst it can leave needs unmet and patients feeling lost, abandoned, and neglected.

Patients do not come to the office or the hospital seeking a category assignment. To be sure, they want to know if something is wrong with them, and if so, what it might be and what ought to be done about it. But what patients want above all is to be attended to and to draw a health professional’s attention at least until their care can be smoothly transferred to a colleague. Too often, hyper-specialized contemporary medicine resembles the parodies of bureaucracy found in Dickens and Kafka, which are populated by hollowed-out human beings who think first and always of themselves and the rules they are required to follow to keep their jobs.

Consider Dickens’ portrait of the Circumlocution Office in “Little Dorrit,” the “most important office under government.” It was there that the one sublime principle in governing a country had first been revealed to statesmen:

It had been foremost to study that bright revelation and to carry its shining influence through the whole of the official proceedings. Whatever was required to be done, the Circumlocution Office was beforehand with all the public departments in the art of perceiving – HOW NOT TO DO IT. Through this delicate perception, through the tact with which it invariably seized it, and through the genius with which it always acted on it, the Circumlocution Office had risen to overtop all the public departments; and the public condition had risen to be—what it was.

The division of labor does not only produce a narrower and narrower field of view and corresponding narrowing in the mind that beholds it. It can also produce a progressive atrophy in the faculties of compassion and responsibility, such that workers become both less and less inclined to see the situation from the vantage point of those we are meant to serve and increasingly disinclined to be moved to do anything about it. “I understand that you are in pain, perhaps even dying, but by virtue of the boundaries of my job description your predicament cannot be my concern,” says the specialized physician or nurse. “You will need to be seen by the palliative care service, hospice personnel, or the chaplains.”

In fact, suffering and death, compassion and responsibility, are not primarily professional matters but human matters. They summon us not based on our CVs, business cards, or licenses, but based on our shared humanity. To be sure, concerns about lack of expertise, credentialing, and inexperience may supervene in some cases, but this should be the exception and not the rule. As human beings, we all have hands that can hold, arms to support, and shoulders to cry on. Division of labor and specialization should represent not limitations on our humanity but opportunities to enhance and express it. A health professional may not be qualified to treat a particular patient, but all are equipped to care for every human being.

Awash in specialization, we need to recall that our word health comes from a root meaning whole. Health is wholeness, and its preservation and restoration are a health professional’s primary mission. After all, we are not merely primarily patients or health professionals, but fellow citizens, neighbors, friends, and family members. Underneath every white coat and stethoscope is a person cut from the same cloth as those clad in hospital gowns. While we may focus on some part of the patient, we must never neglect to keep the whole person in view. It is not only self-interest but the patient’s welfare that requires us to shun the way of Smith’s pin-maker, whose narrow focus transforms him into a pinhead.