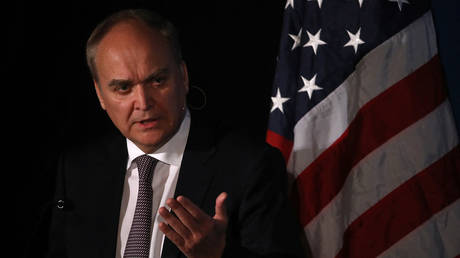 America’s top general has reportedly reviewed defenses at a base in Poland and called for US troops in Europe to be at a heightened state of readiness amid uncertainty over how Russia will react to battlefield struggles in Ukraine.

“The war is not going too well for Russia right now, so it’s incumbent upon all of us to maintain high states of readiness, alert,” Chairman of the Joint Chiefs of Staff General Mark Milley told reporters on Sunday after visiting an unidentified base in Poland.

The unidentified base – reporters traveling with Milley were sworn to secrecy about its location – was built shortly before Russia launched its military offensive against Ukraine last February. It has reportedly been a key hub for training Ukrainian forces and delivering weapons to the former Soviet republic. Because of its role in the conflict, US officials have suggested that the base could become a target for attack by Russia.

“I’m particularly interested in checking things like force protection to ensure that [US forces] are in an adequate state of readiness in the event of anything ever happening,” Milley said. He added that Russia’s recent territory losses in the Kharkov region don’t necessarily mean there’s an increased threat of attack against US forces, but he noted, “In the conduct of war, you just don’t know with a high degree of certainty what will happen next.”

Russian officials have warned that Washington has made itself a direct party to the Ukraine conflict and even boasted about the Pentagon’s involvement in Kiev’s battlefield successes. The US has sent more than $15 billion in direct military aid to Ukraine so far this year, and it has deployed around 10,000 additional troops to Europe.

Milley reviewed the Polish base’s air defenses, including two Patriot missile batteries. He claimed that the conflict has entered a new phase with Kiev having gained the strategic initiative. “Because of that, we have to very closely watch what Russia’s reactions to that will be.”