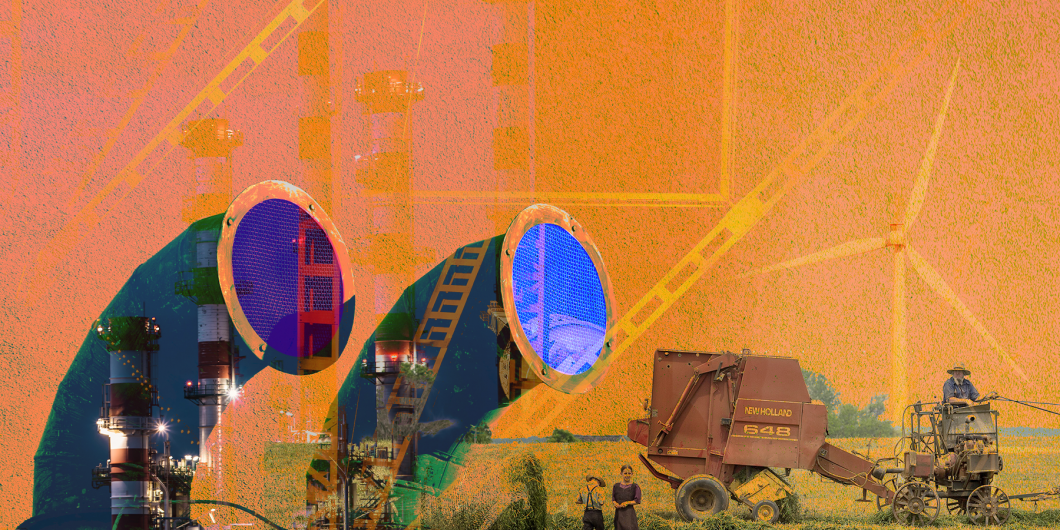 Based on the title, one might easily dismiss Rory Groves’s Durable Trades as some abstruse tract on economics. This is not quite right. The book is an anthology of traditional crafts and vocations (the “trades”) that Rory Groves believes should make a comeback—a hagiography of sorts to the Butcher, the Baker, the Candlestick Maker. Groves features fifty-eight other trades as well, including the Farrier, Sawyer, and good country Lawyer (though with nary a mention of the oldest trade of them all). Beyond the job descriptions, however, Durable Trades is a cultural critique. It is a manifesto against the current order, and a call to return to a simpler, earthier, more “sustainable” and family-centered way of life.

That’s fine as far as it goes. It’s easy to embrace Groves’s vision of a virtuous, agrarian life, and difficult to dismiss his dire warnings of impending chaos resulting from profligate government spending, the general erosion of family values, the frenetic modern life, and so on. At the same time, it’s difficult to avoid the conclusion that Durable Trades is just one more in a long line of works—tracing back at least as far as Plato—that decries modern life and romanticizes a golden past.

Are we all to emulate Groves, a self-professed “technology consultant and software engineer,” who bought a rural farm and raises five kids out in the sticks? It’s tempting, I’ll be the first to admit, but something in the general tenor–bordering on clinical nostalgia perhaps–rings warning bells. Do we accept his premise that we are heading toward an ignoble collapse— victims of “economic, societal, or technological upheaval?” Or are we instead riding the rising tide of human progress—beneficiaries of the semi-miraculous cornucopia wrought by division of labor and free exchange? Moreover, how does Groves’s vision of sustainable, healthy, family-centered lifestyles square with an equally compelling ambition of global prosperity for all? Durable Trades doesn’t attempt to answer this, falling heavily on the side of retrogression. It’s worth reading—if only to prompt reflection on a fundamental tension in social relations: whether to embrace or reject the shocking increase in specialized goods, services, and occupations that the modern world has given us.

The classical liberal insight was that division of labor, skill specialization, and free exchange were the main fonts of general wealth and welfare. This has proven abundantly true as the record of the past two centuries shows: massively reduced infant mortality, access to ever-greater quantities, quality, and diversity of goods, reduced stress (perhaps), ever-increasing opportunities to travel, and so on. Yet all along, there have been those with misgivings—those, like Groves, who worry that material abundance comes out of the debit ledgers of our souls. Karl Marx famously inveighed against specialization of labor, worrying about its entrapping effects, and a world in which:

… each man has a particular, exclusive sphere of activity, which is forced upon him and from which he cannot escape. He is a hunter, a fisherman, a herdsman, or a critical critic, and must remain so if he does not want to lose his means of livelihood; while in communist society, where nobody has one exclusive sphere of activity but each can become accomplished in any branch he wishes, society regulates the general production and thus makes it possible for me to do one thing today and another tomorrow, to hunt in the morning, fish in the afternoon, rear cattle in the evening, criticise after dinner, just as I have a mind, without ever becoming hunter, fisherman, herdsman or critic.

Groves, who I’m sure would resist comparison to Marx, nevertheless makes similar claims against modern “unstable and top-heavy” specialization (“over 30,000 occupations, with dozens of new specialties being invented daily”). He praises the charms and social cohesion of pre-industrial times when “more than two-thirds of the population was directly involved in such primary activities as farming and forestry.” Groves suggests that the year 1790, with its some 70 occupations, was more stable than today (though he is curiously silent on the myriad plagues, revolutions, and upheavals that defined the age). Does it follow, then, that the year 1590, with a mere 20 distinct trades, was even more stable? How far are we to extend this logic? Durable Trades does not make it clear.

It’s worth recalling some real-time experiments in artificial austerity—social movements which consciously eschew the fruits of modernity. From the “Forbidden Island” of Nihau, whose administrators profess to “protect” its inhabitants from the outside world, to far-flung places like the Isle of Rum, where you can really fish for a living, the steady leakage of inhabitants toward mainstream culture is a very real fact of life. When presented with the choice, it appears people who live otherwise family-centered, traditional lifestyles based on “primary production” (say, in Malawi) overwhelmingly choose amenities such as air conditioning and Wi-Fi, and will vote with their feet to get them.

I happened to be watching the documentary The Amish: Shunned while reading Groves’s book. In the documentary, Naomi, a lapsing Amish girl, glimpses the outside world and felt like she was “maybe missing out.” In its way, Durable Trades is told in reverse: looking into the past, Groves makes the claim that modern life causes us to “miss out” on the more wholesome attributes of a simpler life. He may be right, especially in the spiritual sense (the book is deeply infused with born-again Christian dogmatics) but in the words of another Amish kid, a painfully shy sixteen-year-old freshly escaped from his devout family: “they said it was going to be hard on the outside—but it’s actually… pretty awesome.”

Don’t get me wrong: as an agrarian fellow traveler myself, I dispute neither Groves’s tastes, nor the personal ambition to live within a “family-centered economy.” I particularly admire his evisceration of the “Vital Lie” — the public fiction that blue-collar jobs generate less income than college-educated “white collar” occupations which underpins the university-centrism of our age. I also share his frustration at the dominant “work-clothes bias” in which clean-under-the-fingernails elites sniff at the roughnecks who keep the power, water, and everything else they depend on, well…on.

Does that mean, though, that we are all to be modern-day Marie Antoinettes, enjoying the peak of material luxury while periodically donning the guise of a quaint rustic? Hordes of “data analysts” busily practicing their trade in the hotspots in Tulúm, may get Groves’s goat (as well as mine). But is their work really any less dignified than being a “Coachman” or a “Leatherworker” (# 35 and 57 on his list)? The good thing about the explosive growth in the number of occupations is that it offers the very freedom that Marx thought communism would provide: when there are 29,999 other options, it’s difficult to claim one is “forced” into an exclusive sphere of activity from which “there is no escape.”

In fairness, the deeper point of Durable Trades is to encourage the practice of trades many of us regard as “extinct,” which may in fact hold long pedigrees, having weathered the test of time. But Groves’s errors in conceptualizing some basic realities should give the reader pause.

Consider the price of butter: Durable Trades bangs on at some length about the way inflation has ballooned its price to well beyond its “traditional” price of 13 cents per pound. While a person might reasonably be concerned about central bank meddling and the perniciousness of inflation, this example rather misses a larger and more important point. The price tag may indeed be distorted out of all historical recognition, but Groves misses the way that the spectacular growth of occupational variety, has, among other things, reduced the true price of almost everything by radically increasing availability. William Nordhaus made this illuminating point in the context of labor-hours for light: at the beginning of the last century, it would have taken an average worker nearly 1,000 labor hours to enjoy the same number of lumens that a modern worker can access with about ten minutes of their labor-time. By using a true Time-Price calculator, we find that a worker in 1919 would have taken nearly two hours to earn enough to buy a pound of butter. By 2019, that figure was down to nine minutes.

So it seems that Groves has it backward. The vast, intricate network of specialized modern trades is in fact an expression of human flourishing, not the cause of its fragility. The sheer scale and variety of modern occupations encourages human ingenuity in ways we cannot possibly fathom. This ingenuity, the force Julian Simon called the “ultimate resource,” has caused greater resilience, not less. Yes, the world is complicated, vast, and capable of producing really wretched stuff like Kardashian loungewear. It’s scary enough to make many of us turn away, like Anabaptist Christians or Haredi Jews, don our 1880s Stetsons and say, “enough is enough.” Lament all you want, but the profound commercial liberty that makes specialization possible (even if the results can sometimes be silly, vacuous, or degenerate) is the baby in the bathwater. Let’s not, like Marx, presume to throw it out.

Durable Trades, in the end, is indeed about economics. In its effort to promote the “simpler” life of a bygone era, it focuses our thinking about the allocation of the scarcest resource of all: our time. If the book strikes a chord, and converts even one aspiring app developer to become an Interpreter (#14), then laissez le bon temps rouler. It certainly gladdens my heart. But let’s not pretend, as the book implies, that the world has been made a better, let alone more “sustainable,” place.

COMIC: I’m 18 and Dating Someone Younger. Is it Illegal