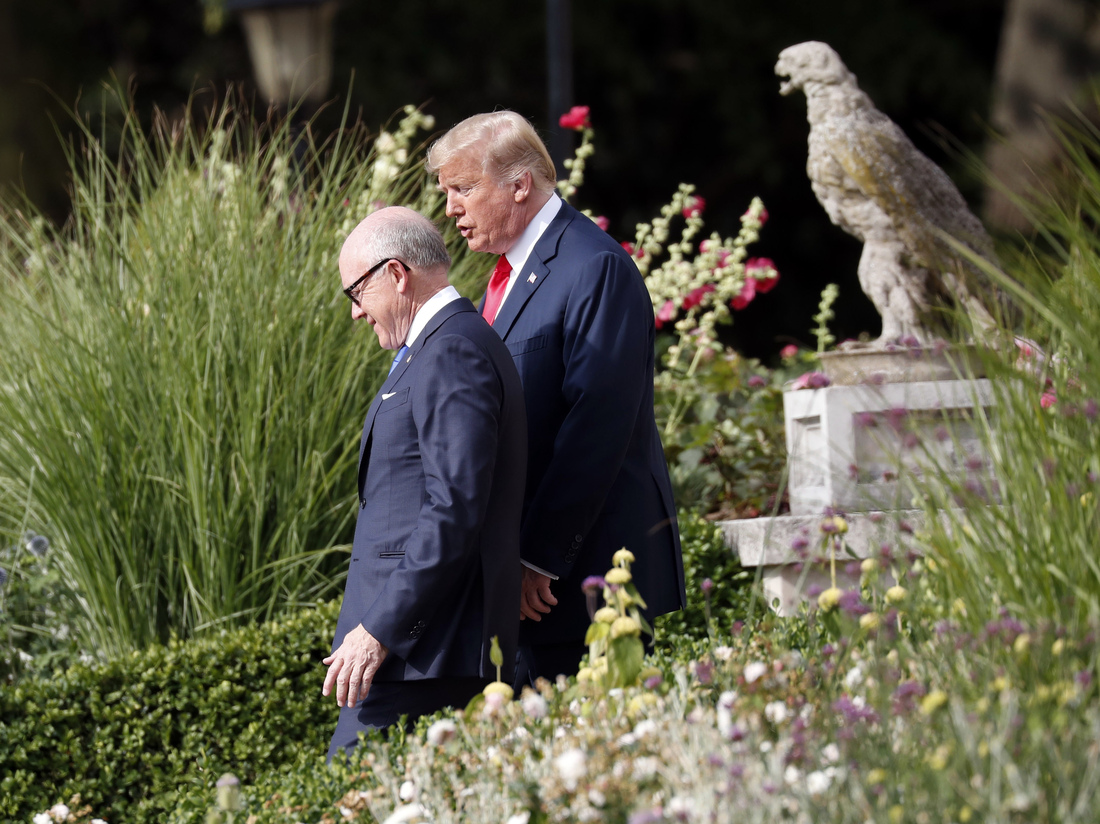 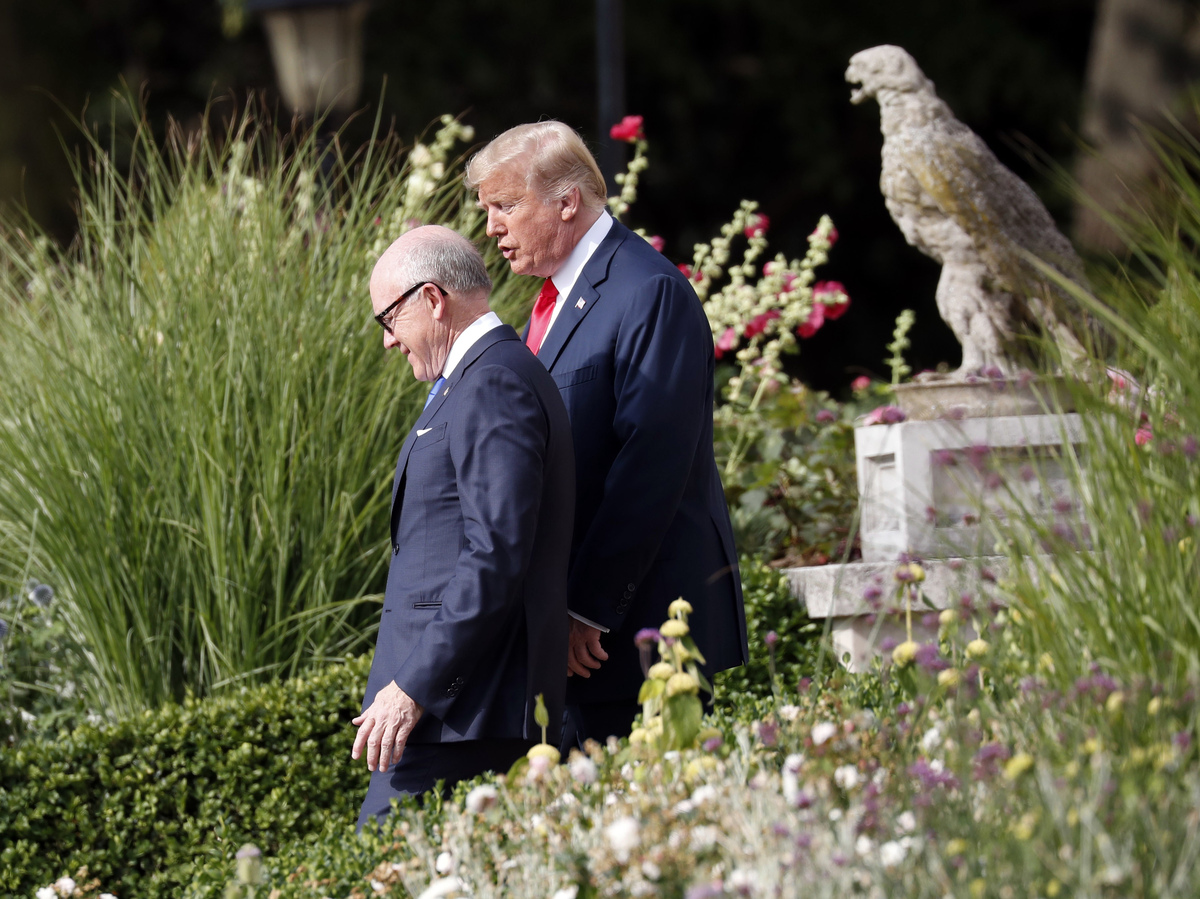 U.S. Ambassador to the United Kingdom Robert Wood “Woody” Johnson IV told embassy staff in 2018 that his friend, President Trump, asked him to help get the British Open golf tournament held at one of the Trump family’s golf resorts in Scotland.

U.S. Embassy staff have separately complained that Johnson made racist and sexist comments on the job.

The State Department’s inspector general has been looking at these claims as part of a routine review of the embassy, according to people familiar with the matter. The inquiry was first reported by the New York Times and CNN.

Lewis Lukens, the embassy’s former second-in-command, confirmed in a text to NPR that Johnson told him about the president’s request.

“I advised him that doing so would violate federal ethics rules and be generally inappropriate,” Lukens wrote.

But Johnson apparently went ahead and raised the matter with David Mundell, then secretary of state for Scotland, according to a person familiar with the conversation.

In a statement, the British government said Mundell met with Johnson in early 2018, “but Johnson made no request regarding the British Open or any other sporting event.”

Johnson did not respond directly to the claim. In a statement, the U.S. Embassy said Johnson is “fully focused on the important foreign policy priorities that represent our Special Relationship with the United Kingdom.”

In a separate statement, the State Department said it stood by Johnson, “who has led Mission U.K. honorably and professionally.”

Embassy staffers have told the inspector general that Johnson has made people uncomfortable with some of his comments. For instance, ahead of a Black History Month event, Johnson reportedly seemed “agitated” and wanted to know if he would be speaking to “a whole bunch of Black people,” according to CNN.

Johnson did not directly address these claims either, and issued a statement saying it is the “honor of a lifetime” to represent the U.S. in the U.K. He praised the “extraordinary work that each and every member of the team does to strengthen and deepen our vital alliance with the United Kingdom.”

Johnson, 73, is heir to the Johnson & Johnson pharmaceutical fortune and is the owner of the New York Jets football team.

It is not clear when the inspector general’s report will be released.

We are the Overcomers - January 27, 2023
0
Christian News Headlines