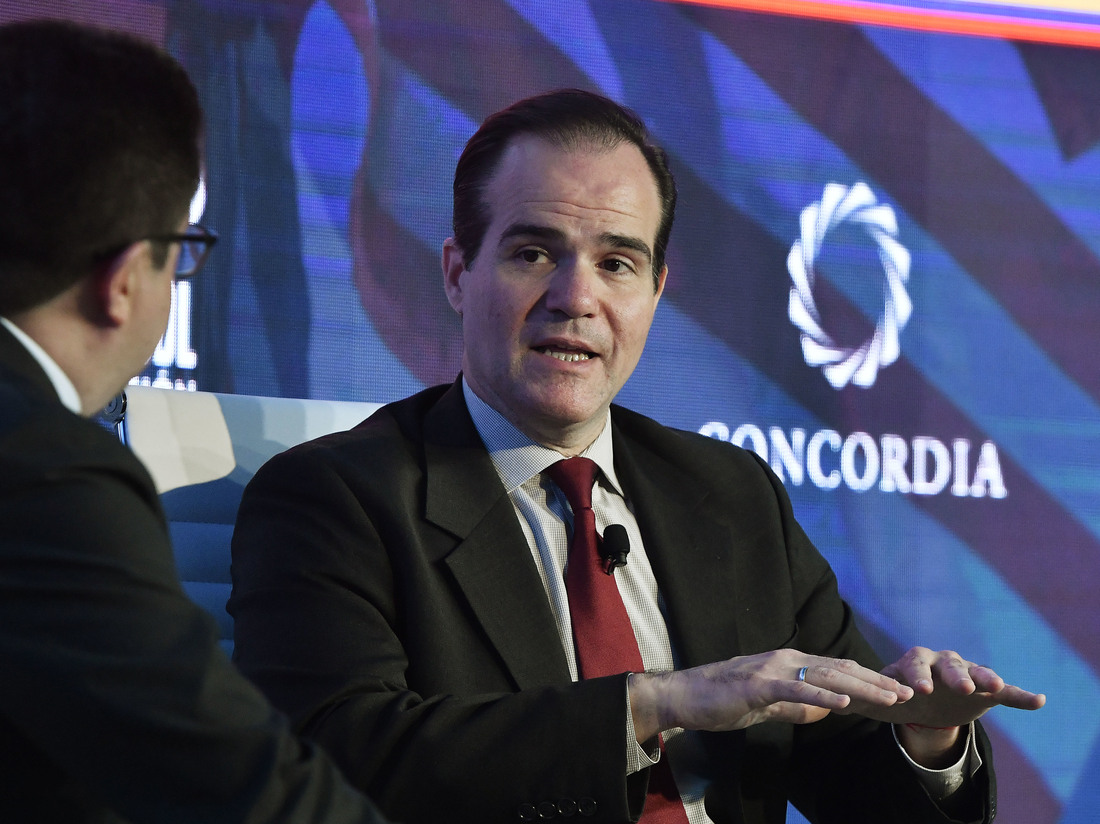 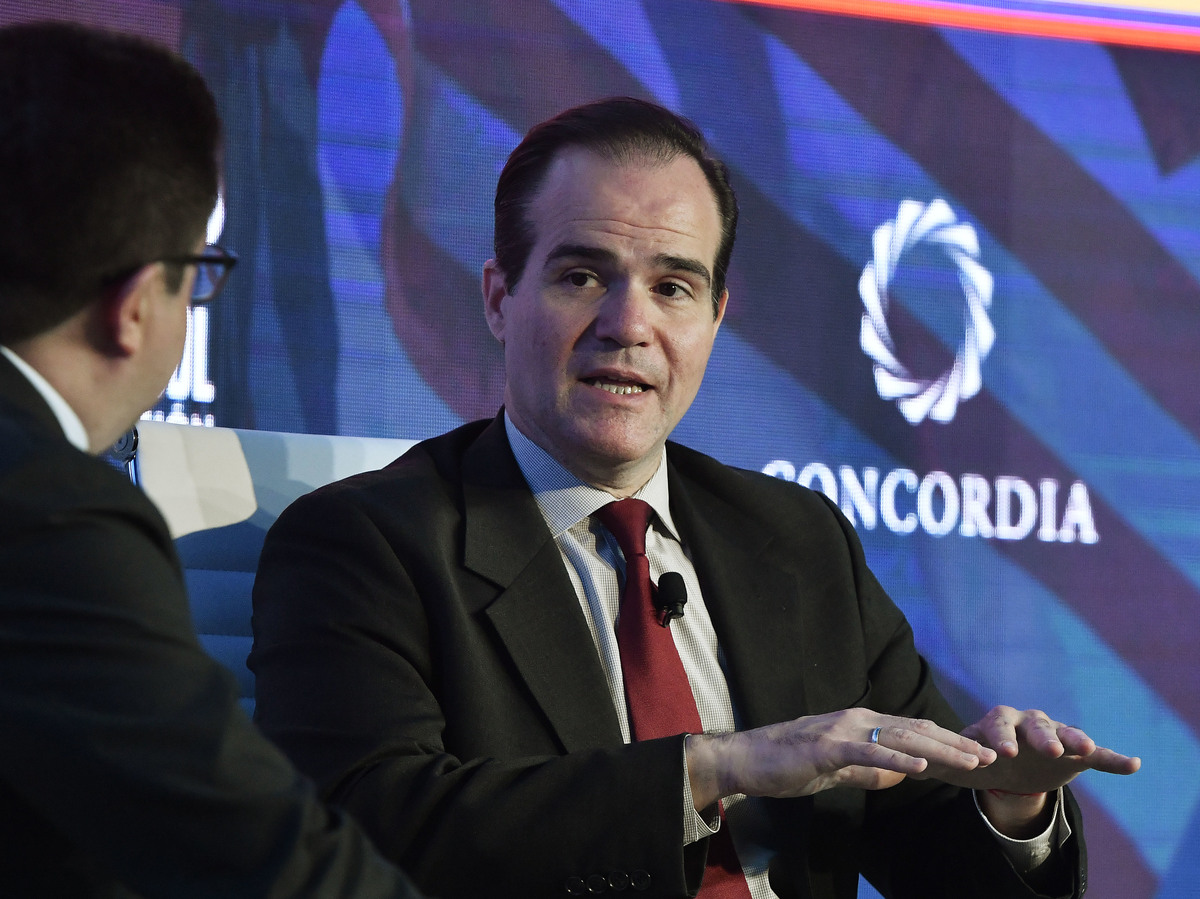 In yet another Trump-era break with longstanding tradition, it now seems all but certain that the Inter-American Development Bank will be led by a non-Latin American citizen. Mauricio Claver-Carone, a Cuban-American who is President Trump’s top adviser on Latin America at the National Security Council and his nominee to head the bank, is the sole candidate for the job.

Bank governors are scheduled to vote this weekend. Claver-Carone is the first U.S. citizen ever to be nominated to lead the region’s premier development funder, which provides about $12 billion a year in financing for projects throughout Latin America and the Caribbean. Projects range from climate change mitigation to improving the welfare of women and children.

The region is in critical need of financial help to dig out of its pandemic-related recession, its worst economic slump in decades.

Since its creation 61 years ago, all members have followed an unwritten agreement that only Latin Americans will run the bank. U.S. citizens have been second in charge. The current IDB president, Luis Alberto Moreno of Colombia, is due to step down next month. The United States, the bank’s biggest donor, has never before even nominated a candidate to lead it.

More than 15 of the IDB’s 48 member countries, including Japan, Brazil and Colombia, back Claver-Carone’s candidacy. However, a small but vocal group — led by Argentina and Chile — opposes it.

Claver-Carone, 45, launched an all-out campaign for the job — and as of Friday, after other countries’ nominees withdrew, was the only candidate left. He says it is time to shake up the institution.

Claver-Carone declined an interview request from NPR, but on a call with reporters last month, he described his candidacy as a “unique and magical opportunity” to unite the region. He said he wants to lure companies that have outsourced to China and elsewhere in Asia back to the Americas, and to strengthen the U.S. relationship with other countries in the hemisphere.

A lawyer and a longtime political operative in Washington, Claver-Carone served previously at the U.S. Treasury and the International Monetary Fund. He has focused on bringing down Cuba’s Communist regime through his work with the influential U.S.-Cuba Democracy PAC, which supports political candidates who favor the U.S. trade embargo and regime change on the island.

Claver-Carone also penned a blog, which no longer exists, called “Capitol Hill Cubans,” and spent most of the Obama administration attacking the U.S.’ warming relations with Havana.

Since his appointment to the NSC two years ago, he has pushed from the White House for regime change in Cuba as the Trump administration tightened the U.S. trade embargo, which had been relaxed under President Obama. And he’s led the charge for tougher U.S. sanctions against the regime of President Nicolás Maduro in Venezuela.

Nearly two dozen former leaders of IDB member countries signed a statement urging the bank to postpone the vote until next March. Citing the ongoing coronavirus pandemic, the statement says, “The conditions are far from favorable for the deep and thoughtful debate that such an important decision demands.”

Other Latin Americans have not minced words about their objections to Claver-Carone’s hard-line and polarizing policies toward Cuba and Venezuela.

“It’s not just that it’s an American and breaking with tradition. It’s this particular American, which I think rubs a lot of people the wrong way,” Jorge Castañeda, a former Mexican foreign minister, tells NPR.

Mexico, Argentina, Costa Rica and Chile favored postponing this weekend’s vote, and some countries supported a boycott, which would deny the IDB the quorum needed for the election. It’s unclear, however, if countries can withstand U.S. pressure to show up.

Last week, Laura Chinchilla, Costa Rica’s candidate for the bank presidency, withdrew her name. Argentina withdrew its candidate on Friday. Bloomberg News has reported that Mexico will participate in the vote. A spokeswoman at Mexico’s Treasury Department declined comment in response to an NPR request.

Claver-Carone has U.S. critics as well. Mark Feierstein, who served as President Obama’s adviser on Latin America, calls Claver-Carone unqualified for the job, saying he lacks a background in finance and the right temperament to lead the bank.

“He’s a political operator focusing on one country. That’s the way he’s operated at the NSC. He views Latin America through the prism of Cuba and the ‘Troika of Tyranny,'” says Feierstein, using a phrase coined by Trump’s former National Security Advisor John Bolton to describe Cuba, Nicaragua and Venezuela. Bolton brought Claver-Carone into the Trump White House.

“If you view the region that way,” says Feierstein, “you miss a lot.”

Claver-Carone rejects allegations that he is divisive and has pledged to unite the region into a Pan-American economic bloc. He has told numerous news outlets that he has the Washington contacts to help recapitalize the bank, whose resources are being depleted due to the coronavirus pandemic.

But to achieve these goals, Claver-Carone would have to work with Democrats, including Vermont Sen. Patrick Leahy, the ranking member of the Senate appropriations committee and a vocal critic of his candidacy. If Biden wins the presidency, it’s not clear how Claver-Carone would navigate his relationship with the incoming Democratic administration.