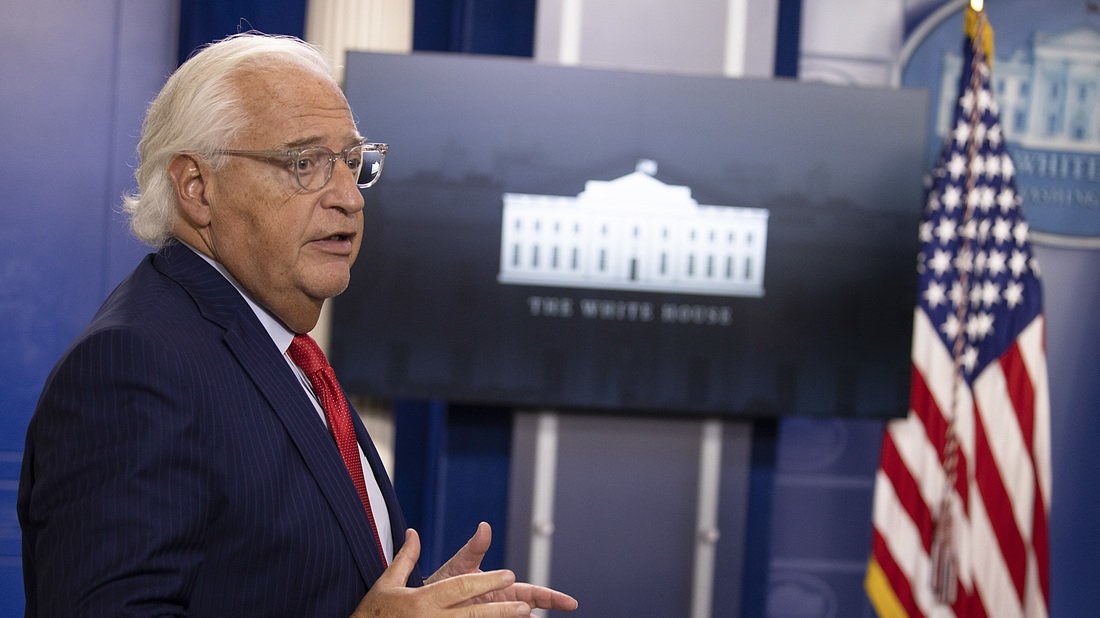 U.S. Ambassador to Israel David Friedman speaks during a briefing at the White House on Thursday. 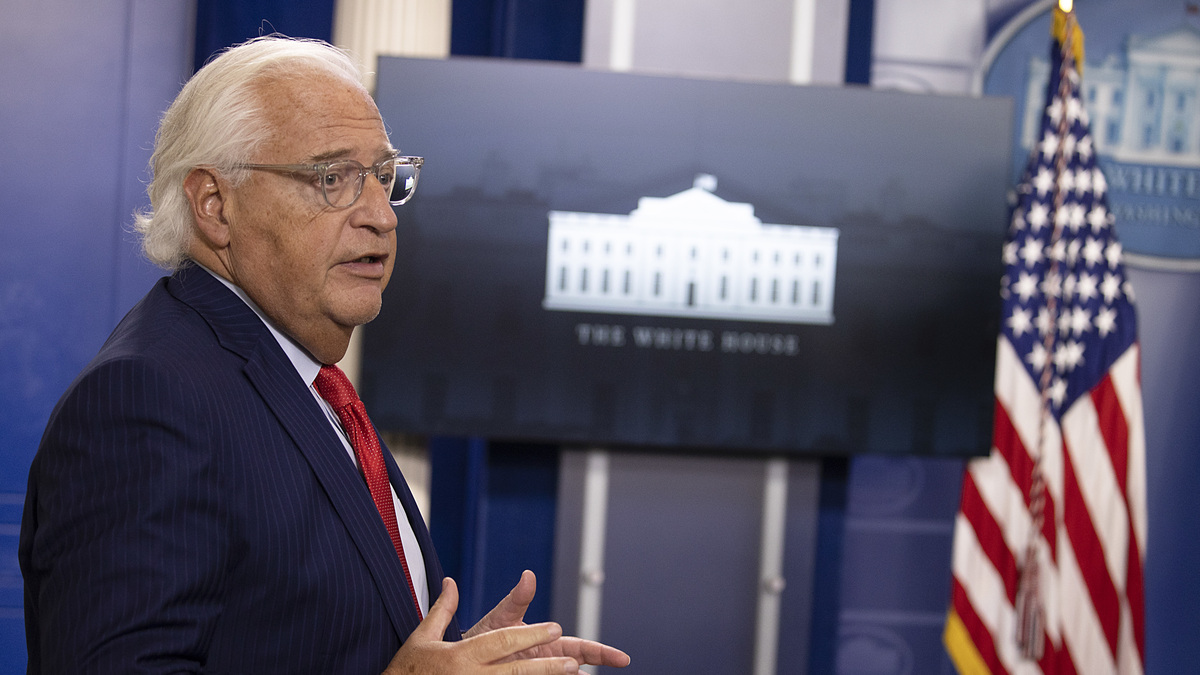 U.S. Ambassador to Israel David Friedman speaks during a briefing at the White House on Thursday.

The White House announced a deal Thursday for the United Arab Emirates and Israel to work toward normal diplomatic relations.

Most Arab countries do not have normal diplomatic relations with Israel. If the pact can be fulfilled, the UAE would join Egypt and Jordan as only the third Arab nation in the region with normalized ties.

As part of the agreement, Israel has agreed to suspend its controversial plans to annex territory in the occupied West Bank — territory Palestinians have long hoped to be a part of a future state.

The UAE and Israel have held informal ties for years. Speaking from the White House, President Trump took credit for the accord, which followed a call with Israeli Prime Minister Benjamin Netanyahu and Crown Prince Mohammed bin Zayed of the UAE.

The White House said Israel and the UAE “will meet in the coming weeks to sign bilateral agreements regarding investment, tourism, direct flights, security, telecommunications, technology, energy, healthcare, culture, the environment, the establishment of reciprocal embassies and other areas of mutual benefit.”

Netanyahu had promised to annex large parts of the West Bank, which is home to nearly 3 million Palestinians and 450,000 Jewish settlers. The threat met with international condemnation from countries seeking to have the status of the territory decided through negotiations, not unilateral moves. The U.N. Security Council has said settlements are illegal.

As Israel saw a spike in COVID-19 cases and there was disagreement over how to handle annexation, Netanyahu backed off the idea earlier this summer.

For one perspective on the prospective deal, NPR’s Morning Edition talked to the U.S. Ambassador to Israel David Friedman. Friedman supports Israeli settlements and has been critical of a two-state solution.

On what drove the UAE and Israel to agree now

I think that there were a few things. I mean, the most important is I think they both realized it was in the interests of their respective peoples. They see enormous upside in collaborating and cooperating in all the fields that you mentioned and several more. Obviously they share a common threat within the region, which is the Islamic Republic of Iran, which continues to be a malign influence and the largest state sponsor of terrorism.

I think that from the perspective of the United Arab Emirates, I think they were encouraged by Israel’s agreement back in January to endorse the peace plan that the president endorsed and to actually for the first time in 50-some odd years, to agree to specific territorial dimensions by which they would live side-by-side with a Palestinian state.

I think all these things, and I couldn’t possibly prioritize the factors, but all these things collectively, I think, created a dynamic for both Israel and the Emirates to become friends.

On the agreement being a prerequisite for possible U.S. advanced arms sales to the UAE

On Israel only suspending annexation, not abandoning it, and Palestinians saying they feel betrayed by the UAE

The entire notion of Israeli sovereignty derives from the map that Israel had agreed to, which itself contemplates a Palestinian state living alongside Israel. So it’s that peace initiative that where Israel for the first time agreed to live within a Palestinian state that would comprise 70% of Judea and Samaria, plus some additional territory elsewhere. I mean, that is a huge benefit for the Palestinians. And I think it’s the agreement between Israel and the Emirates that, frankly, breathes some life into it. I don’t think the Palestinians should feel betrayed. What the Palestinians should recognize is that in contrast to the old days, they no longer can hold countries hostage from acting in their own self-interests. It’s in the interest of the Emirates to make peace with Israel and vice versa.