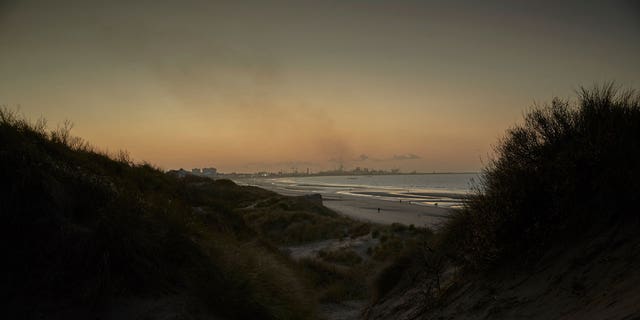 British police on Tuesday arrested a man over the deaths of at least 27 people who drowned while trying to cross the English Channel in a dinghy last year.

The U.K.’s National Crime Agency said Harem Ahmed Abwbaker, 32, was detained in the town of Cheltenham in southwest England after an investigation by U.K. and French authorities. He is accused of being a member of an organized crime gang that was behind the dangerous crossing.

Only two people survived when the packed boat sank between France and England on Nov. 27, 2021. Twenty-seven are confirmed to have died and four are still missing.

“The individual detained today is suspected of having played a key role in the manslaughter of those who died,” crime agency deputy director Craig Turner said.

Dunkerque beach where last year 27 migrants died when their boat capsized while crossing the English Channel after launching from Dunkerque beach on Nov. 25, 2022 in Dunkerque, France.

Abwbaker is due to appear Wednesday at London’s Westminster Magistrates’ Court to face a French extradition request.

Migrants have long used northern France as a launching point to reach Britain, often attempting the journey in small boats organized by smuggling gangs. More than 40,000 people have arrived in Britain after making the hazardous Channel trip so far this year, up from 28,000 in all of 2021 and 8,500 in 2020.