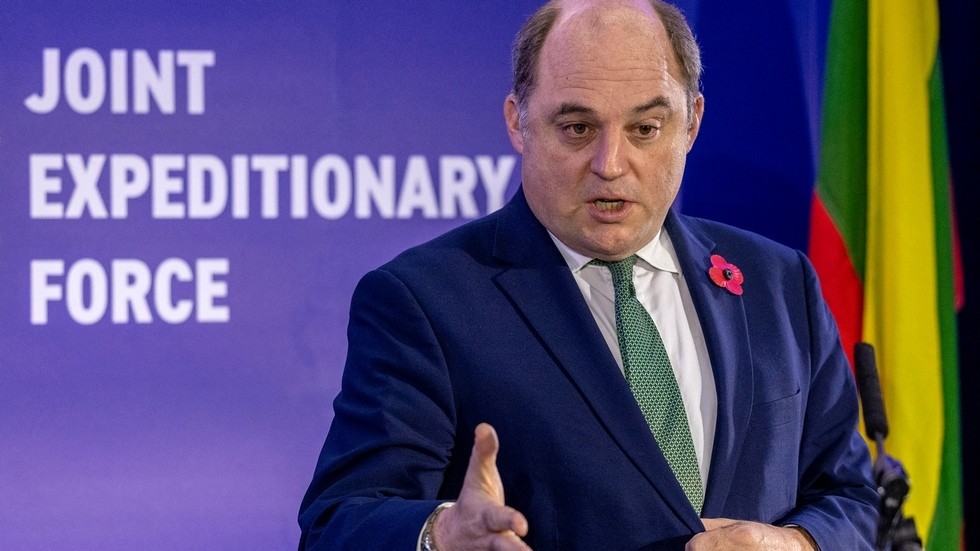 According to the British defense secretary, Kiev has received “300,000 pieces of arctic warfare kit” from its backers

UK Defense Secretary Ben Wallace has called on Ukraine to “keep up the pressure” on Russian forces in the coming months, arguing that Kiev is well-prepared to fight in freezing conditions. Wallace made the remarks in an interview with The Daily Beast on Thursday.

The defense secretary suggested that Kiev’s forces had the advantage “in equipment training and [the] quality of their personnel” over Russian troops.

With this in mind, “it would be in Ukraine’s interest to maintain momentum through the winter,” he said, adding that “the international community” has provided Kiev with “300,000 pieces of arctic warfare kit.”

Wallace’s comments come after US Secretary of Defense Lloyd Austin warned that Ukraine might be about to face a “harsh winter,” as the country is reeling under Russian strikes on its infrastructure. Moscow has been targeting Ukrainian energy facilities since October 10, after accusing Kiev of attacking Russian structures, including the strategic Crimean Bridge.


Due to these strikes, Ukraine has been experiencing rolling blackouts, with Ukrainian authorities saying that these attacks knocked out about 40% of the nation’s energy infrastructure.

However, by urging Ukraine to push on, the British defense secretary is contradicting earlier statements made by General Mark Milley, who heads the US Joint Chiefs of Staff, as he warned that Ukraine’s chances of “kicking the Russians out of all” of the country were low.

The top US general also indicated that the upcoming winter was a diplomatic opportunity for Kiev. “When there’s an opportunity to negotiate, when peace can be achieved, seize it. Seize the moment,” he said.

At the same time, US President Joe Biden said last week that he expected the ongoing conflict in Ukraine to “slow down” in winter due to the “inability to move as easily around the country” while vowing to continue supporting Kiev.

Moscow has repeatedly stated that it is open to negotiations with Kiev. Ukrainian President Vladimir Zelensky, however, has listed several conditions for any dialogue with Russia, including the “restoration of [Ukraine’s] territorial integrity,” “compensation for all war damage,” and the “punishment of every war criminal.”