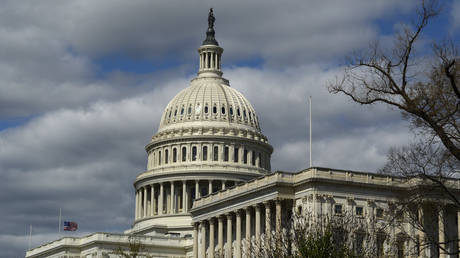 The Russia-Ukraine conflict and other stories played up by major US media outlets have apparently failed to strike a nerve with many Americans, who are far more concerned about such issues as violent crime and inflation heading into midterm congressional elections in November, a leading polling firm has revealed.

“Legacy media gaslighting has failed, massively,” Rasmussen Reports said on Saturday, citing polling showing a divergence between the topics hammered most by cable news outlets and the issues that are concerning to voters. The Ukraine crisis, in particular, has been shrugged off by many voters, failing to rank among the top dozen issues and being cited as “very important” by only one in five Americans.

Other top 12 issues rank slightly lower in terms of overall concern, at 75-80%, but some of them register strong concern with even more voters than the leading topics. For example, election cheating and election integrity are very concerning to most Americans, at 60% and 59%, respectively – triple the level of strong concern over Ukraine. About 58% of Rasmussen’s poll respondents are very concerned about school issues.

In contrast, media-favored topics are concerning to far fewer voters. For instance, Rasmussen found that 65% of voters are concerned about climate change, and only 38% are very concerned. The US Capitol riot investigation is important to 57% of Americans and very important to just 41%, despite its hearings being aired on primetime television. Like the Ukraine conflict, the Covid-19 pandemic and LGBTQ issues rank as a strong concern with only about one in five respondents.

The results may bode well for Republicans in the midterms, inasmuch as other polling has shown that voters favor the GOP over Democrats to deal with such issues as crime, the economy, inflation and border security. Rasmussen’s polling has pegged Republicans with a two-point lead just 46 days away from the elections.

Even among those Americans who are strongly concerned about the Ukraine crisis, not all favor President Joe Biden’s policy of sending billions of dollars’ worth of weapons and other aid to Kiev. A Rasmussen poll earlier this week showed that 42% of voters believe the conflict has weakened US national security.

Fasting & Prophetic Dreams | What To Do Now Until…