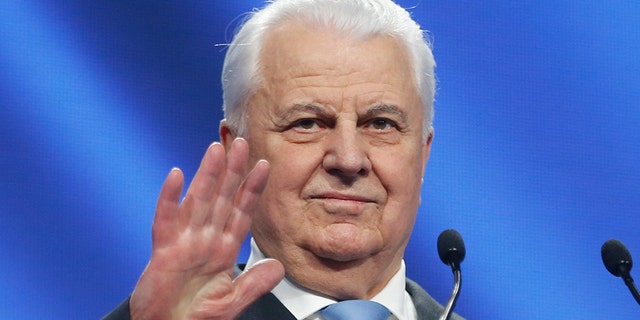 The cause of his death was not made known.

The 88-year-old had a decorated career in Ukraine’s politics, first helping push for its independence from the Soviet Union. He later helped dissolve the USSR as a whole.

After Ukraine gained independence in 1991, Kravchuk was elected to be the country’s first president. He served until 1994.

Kravchuk, alongside leaders of Russia and Belarus, also jointly signed an agreement formally dissolving the Soviet Union on Dec. 8, 1991.

Ukraine’s current president Volodymyr Zelenskyy recognized Kravchuk’s importance to the country’s history, calling him “a man who knew how to find wise words and to say them so that all Ukrainians would hear them.”

“This is especially important in difficult, crisis moments. When the future of an entire country may depend on the wisdom of one person,” Zelenskyy added.

He also said the former leader “knew the price of freedom and with all his heart wanted peace for Ukraine. I am sure that we will accomplish this. We will achieve our victory and our peace.”

Ukrainian Defense Minister Oleksii Reznikov similarly praised Kravchuk for being integral in seeing the end to the Soviet Union, which he called “the Evil Empire.”

“Thank you for the peaceful renewal of our Independence. We’re defending it now with weapons in our hands,” Reznikov wrote Tuesday.

Kravchuk’s death comes just a week after the death of Belarus’ first post-Soviet Union president, Stanislav Shushkevich. He was 87.