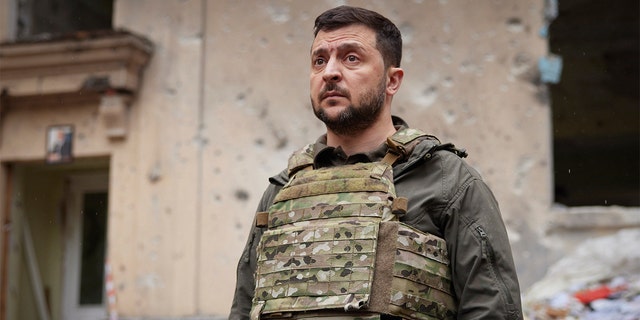 NATO Secretary-General Jens Stoltenberg confirmed Wednesday that Western allies will meet this week to discuss another aid package in support of Kyiv ahead of the NATO summit later this month, but Ukrainian President Volodymyr Zelenskyy warned that defenses are needed immediately.

Zelenskyy said late Tuesday that arms are urgently needed even as Russia’s defenses appear to be flagging.

“We keep telling our partners that Ukraine needs modern anti-missile weapons. Our country does not have [them] at a sufficient level yet, but it is our country in Europe that needs such weapons most right now,” he said. “Delay with its provision cannot be justified.”

Reports have surfaced in recent weeks suggesting that Russia’s arms are flagging as Moscow struggles to adequately replenish its supplies.

Ukraine’s defense ministry claimed last week that Russian forces were relying on 1950 Soviet-era mines in the southern region of Kherson, and senior U.S. defense officials have said Russian troops have become increasingly reliant on “dummy bombs” as its stock of precision-guided missiles have tanked.

However, Zelenskyy warned that Moscow’s reliance on dated artillery is an even greater threat to Ukraine when it comes to casualties.

“Even though Russia has fewer and fewer modern missiles with each passing day, Ukraine’s need for such systems remains,” Zelenskyy said. “Russia still has enough Soviet types of missiles – which are even more dangerous.

“They are many times less precise, and therefore threaten civilian objects and ordinary residential buildings much more,” he added.

Stoltenberg said he believes NATO allies will agree to another comprehensive assistance package for Ukraine during the Madrid summit set to begin on June 29.

Vitalii, a Ukrainian Army officer, holds his weapon in a trench during tactical exercises at a military camp, amid Russia’s invasion of Ukraine, in the Zaporizhzhia region, Ukraine April 30, 2022.
(REUTERS/Ueslei Marcelino)

NATO allies will meet this week to discuss bolstering their defensive posture in Europe as concerns mount that Russian President Vladimir Putin could push his offensive campaign even beyond Ukrainian borders.

Stoltenberg confirmed Wednesday that Zelenskyy will participate at the NATO summit later this month.

Joyce Meyer: Loving People That are Hard to Love | Love...

Joyce Meyer: Loving People That are Hard to Love | Love...

TBN - December 3, 2022 47
Joyce Meyer speaks at the 40th Anniversary Love Life Women's Conference in St. Louis, Missouri. Listen as she teaches you how to love people...
Go to mobile version