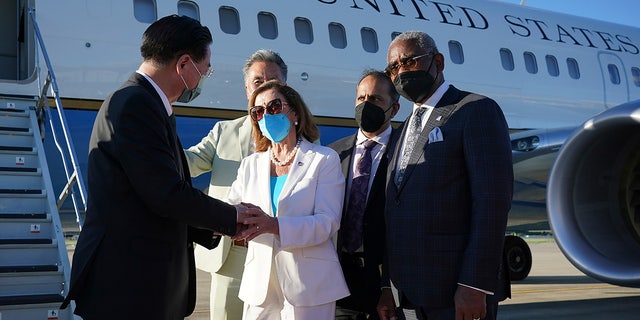 The United States delayed a scheduled test of an intercontinental ballistic missile amid escalating tensions with China, which has deployed dozens of military aircraft and missiles in the Taiwan Strait in recent days, National Security Council spokesman John Kirby said Wednesday.

“We do not believe it is in our interests, Taiwan’s interests, the region’s interests to allow tensions to escalate further, which is why a long-planned Minuteman III ICBM test scheduled for this week has been rescheduled for the near future,” Kirby said at a White House briefing.

“As China engages in destabilizing military exercises around Taiwan, the United States is demonstrating instead the behavior of a responsible nuclear power by reducing the risks of miscalculation and misperception.”

Kirby said Thursday that the ICBM test delay will not affect the “modernization, readiness or the reliability” of America’s nuclear defense system, but Republican lawmakers immediately condemned the move.

PELOSI DEFIES CHINA DURING MEETING WITH TAIWANESE PRESIDENT TSAI ING-WEN: ‘WE WILL NOT ABANDON OUR COMMITMENT’

Sen. Tom Cotton, R-Ark., noted in a letter to Defense Secretary Lloyd Austin that it’s the second time the United States has delayed an ICBM test this year after postponing a Minuteman III ICBM launch in March amid Russia’s invasion of Ukraine.

“Are these reports accurate? If so, how long does the administration intend to allow Vladimir Putin and Xi Jinping to dictate our missile-test schedule?” Cotton asked Lloyd in the letter.

“These weak-kneed pearl-clutching attempts at appeasement hurts our readiness and will only invite further aggression by our adversaries,” Rogers said in a statement on Thursday.

Kirby defended the delay on Thursday, saying the test will be rescheduled for the near future.

“The president believed, and the national security team believed, that a strong, confident, capable nuclear power can afford to wait a couple of weeks for a test to make it clear, not just in word but in deed, how serious we are when we say we have no interest in escalating tensions,” he said Thursday.