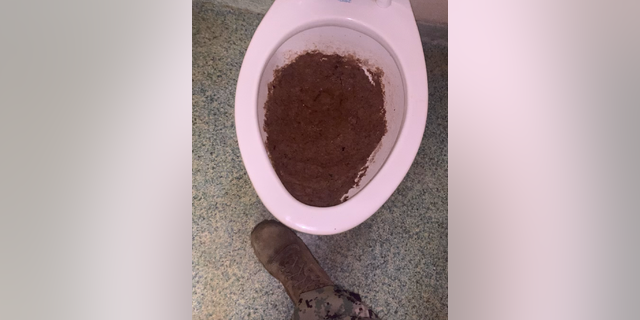 U.S. Navy service members who are seeking religious exemptions to the Department of Defense’s COVID-19 vaccine mandate have been transferred into deplorable living conditions and, in some cases, are unable to leave while awaiting termination from the military, according to court documents.

First Liberty Institute in November filed a lawsuit on behalf of 35 active-duty SEALs and three reservists seeking a religious exemption to the mandate, as first reported by Fox News Digital. The case has since been amended to extend to a class action lawsuit encompassing all Navy service members seeking religious accommodation.

In March, the Supreme Court blocked a lower court’s order in Texas that would have forced the Navy to stop implementing the vaccine mandate. Now, the case is continuing to be litigated in lower courts around the country, and unvaccinated SEALs and other sailors who have not yet been terminated by the U.S. government are stuck in limbo, with many of them forced into less-than-desirable alternative housing by the military or barred from traveling outside their base.

In a court filing in June by First Liberty in the Northern District of Texas Fort Worth Division District Court, sailors recounted deplorable conditions on large U.S. vessels, where they remain waiting as their cases are adjudicated.

U.S. Navy service members who are seeking religious exemptions to the Department of Defense’s COVID-19 vaccine mandate have been transferred into deplorable living conditions while awaiting their termination from the military, according to court documents.
(Navy Declaration/First Liberty Institute)

One sailor who is now part of the class action lawsuit said in a court-filed declaration that they “could not leave the area” after asking to be terminated from the military due to religious objections to the mandate and were moved to the USS Dwight D. Eisenhower aircraft carrier’s berthing barge, where the conditions are “deplorable.”

“Because I could not leave the area, I moved onto the berthing barge for the Eisenhower. The conditions on the barge are deplorable, much like the USS George Washington, which is anchored in the same shipyard. There is mold everywhere and the barge’s toilets back up and leak. The water leaks out of the base of the toilet and collects near my rack and out into the hall. On bad days, it goes into the berthings on the other side. The leaks seem to be sewage—it smells like sewage and looks like it too. See Exhibit C (water I’ve mopped up from under my rack).”

“There is some sort of worm thriving in the stagnant water in the toilet bowls and on the floor in the leaked water around the base of the toilets. Needless to say, I do not feel comfortable or safe in this environment and I have contacted mental health services multiple times,” continued the sailor.

“I do want—desperately—to be separated from the Navy as soon as possible, but I struggle with withdrawing my request as I feel it could signal that my religious objection was somehow not genuine, and it is. It feels wrong to have to renounce my beliefs in order to get the Navy to separate me,” they continued.

Another Navy technician who has served for more than nine years said their performance rating started suffering after submitting a religious exemption.
(Navy Declaration/First Liberty Institute)

Another Navy technician who has served for more than nine years said in written testimony that their performance rating started suffering after submitting a religious exemption.

“Prior to the vaccine mandate, I consistently earned a ‘must promote’ rating on my performance evaluations. This year, because I submitted a religious accommodation and was planning on separating, I was given a ‘promote’ status. This downgrade in ranking makes it appear as if my skills as a sailor have regressed. I have maintained my work throughout the year and was told during a briefing on my evaluation that the rating was not due to my performance, but my upcoming separation because of the denial of my religious accommodation,” they stated.

“To date, I am still unable to separate. My work environment feels extremely toxic over the vaccine issue, which has caused both my wife and I much stress. Because of my sincerely held religious objection, I will not take the COVID-19 vaccine. Because of the hardship and stress this process has brought to my family, I do not wish to be a part of the United States Navy anymore.”

Another Navy sailor said in sworn testimony that the Navy is “refusing” to separate them from service, despite the impending arrival of their second child.

“In anticipation of my separation, my wife and I sold our house, and my wife and one-year-old son have moved to another state. My wife is pregnant with our second child and her due date is in August 2022. I have been unable to join her and my son, or to start my new job, because the Navy has told me that I am not allowed to separate from the Navy due to this lawsuit.”

A Navy spokesperson did not respond to Fox News Digital’s request for comment on the lawsuit and the living conditions for sailors, or if they had since improved.

Another Navy sailor said in sworn testimony that the Navy is “refusing” to separate them from service, despite the impending arrival of their second child.
(Navy Declaration/First Liberty Institute)

The military is no stranger to undesirable living conditions for active-duty officers.

One former active-duty service member told Fox News Digital that there have been many examples over the years of less than desirable living quarters for service members.

U.S. Navy service members who are seeking religious exemptions to the Department of Defense’s COVID-19 vaccine mandate have been transferred into deplorable living conditions while awaiting their termination from the military, according to court documents.
(Navy Declaration/First Liberty Institute)

He cited the Army’s Fort Bragg in North Carolina, which had a series of issues in its barracks, including plumbing, rampant mold, asbestos and water leaks. The barracks, which were built in the 1970s, have become so problematic that soldiers had to be relocated.

In addition, there are a series of toxic water lawsuits on behalf of current and former service members against Camp Lejeune in North Carolina, which may have exposed more than 1 million military officers since the 1950s.

Kelly Laco is a politics editor for Fox News Digital. Story tips can be sent to Kelly.Laco@Fox.com and on Twitter: @kelly_laco.

David Crosby, founding member of the Byrds and Crosby,