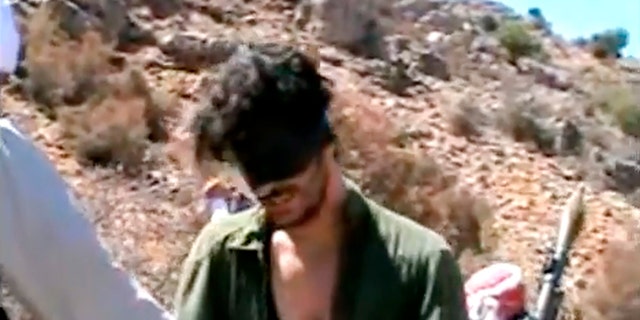 State Department spokesperson Ned Price said Monday that the United States has directly engaged with Syrian officials about the safe return of Austin Tice, an American journalist and veteran who was abducted 10 years ago at a checkpoint near Damascus.

“When it comes to our efforts to seek the safe return of Austin, we have engaged extensively, and that includes directly with Syrian officials and through third parties,” Price said at a press conference on Monday.

“Unfortunately, despite our calls, despite our engagement, despite the engagement of third parties in other countries, Syria has never acknowledged holding him, but we are going we are not going to be deterred in our efforts.”

FILE – In this image taken from undated video posted to YouTube, American freelance journalist Austin Tice, who had been reporting for American news organizations in Syria until his disappearance in August 2012, prays in Arabic and English while blindfolded in the presence of gunmen.
(AP Photo, File)

Tice, a U.S. Marine Corps veteran, traveled to Syria in May 2012 to cover the country’s civil war before his final year at Georgetown Law School.

He was abducted near Damascus in August 2012 by what his family described as an “unusual group of apparent jihadists.”

A short video surfaced online several weeks after his capture that showed Tice blindfolded and muttering, “Oh Jesus,” as he was surrounded by armed men.

Debra Tice, a mother of US journalist Austin Tice, reacts after a news conference in Beirut, Lebanon December 4, 2018.
(REUTERS/Mohamed Azakir)

President Biden said last week that despite Syria’s denials, his administration is confident that the regime is detaining Tice.

“We know with certainty that he has been held by the Syrian regime,” Biden said on Aug. 10. “We have repeatedly asked the government of Syria to work with us so that we can bring Austin home. On the tenth anniversary of his abduction, I am calling on Syria to end this and help us bring him home.”

The pact with Putin’s been broken