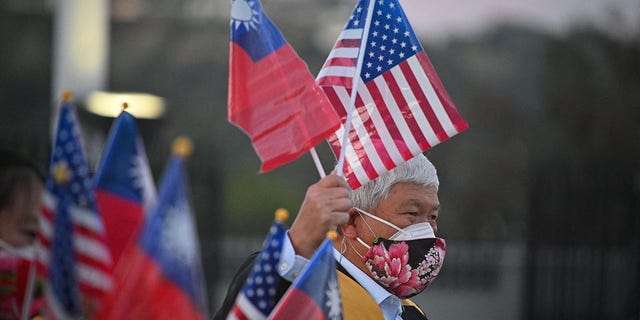 The U.S. and Taiwan will engage in formal trade talks, the office of the U.S. Trade Representative said.

The talks are connected to the U.S.-Taiwan Initiative on 21st-Century Trade, which was announced on June 1 and comes amid tense U.S-China relations.

“Today, we begin negotiations with Taiwan under the auspices of [the American Institute in Taiwan] and [the Taipei Economic and Cultural Representative Office] that will deepen our trade and investment relationship, advance mutual trade priorities based on shared values, and promote innovation and inclusive economic growth for our workers and businesses,” said Deputy United States Trade Representative Sarah Bianchi in a statement. “We plan to pursue an ambitious schedule for achieving high-standard commitments and meaningful outcomes covering the eleven trade areas in the negotiating mandate that will help build a fairer, more prosperous and resilient 21st century economy.”

The negotiations are expected to take place this fall, USTR said.

DOES CHINA OWN TAIWAN? OR IS THE ISLAND AN INDEPENDENT NATION? AMERICANS WEIGH IN

The agreement comes after U.S. House Speaker Nancy Pelosi made a controversial visit to the self-governing island that mainland China considers a territory.

Beijing held military drills that included firing missiles into the sea to intimidate Taiwan after her visit.

Last week, Kurt Campbell, President Biden’s coordinator for the Indo-Pacific region, said talks would be part of an effort to “deepen our ties with Taiwan.” But, he said, the U.S.’ One-China policy that states that Beijing is the “sole legal government of China” has not changed.

“We will continue to take calm and resolute steps to uphold peace and stability in the face of Beijing’s ongoing efforts to undermine [Taiwan], and to support Taiwan,” Campell said.

The U.S. does not have official relations with Taiwan but also does not recognize Beijing’s sovereignty over the island and is obligated by federal law to make sure it can defend itself.

House Speaker Nancy Pelosi poses for a photo with Taiwan’s leaders.
(Chien Chih-Hung/Office of The President via Getty Images)

The U.S. and Taiwan maintain unofficial ties through the American Institute in Taiwan and the Taipei Economic and Cultural Representative Office in Washington, D.C.

Beijing warned that Pelosi’s visit could embolden Taiwan to try to make its independence permanent, which the Communist Party said would mean war.

A group of U.S. lawmakers led by Sen. Ed Markey, D-Mass., arrived in Taiwan on Sunday following Pelosi’s meeting with President Tsai Ing-wen. Beijing announced a second round of military drills after their arrival.

Taiwan, which the U.S. State Department calls a “key U.S. partner,” is the ninth-largest U.S. trading partner and the 10th-largest U.S. export market, according to the USTR.

Beijing has not yet commented on the announcement of the trade talks.

Washington congressional candidates state their cases ahead of looming midterms